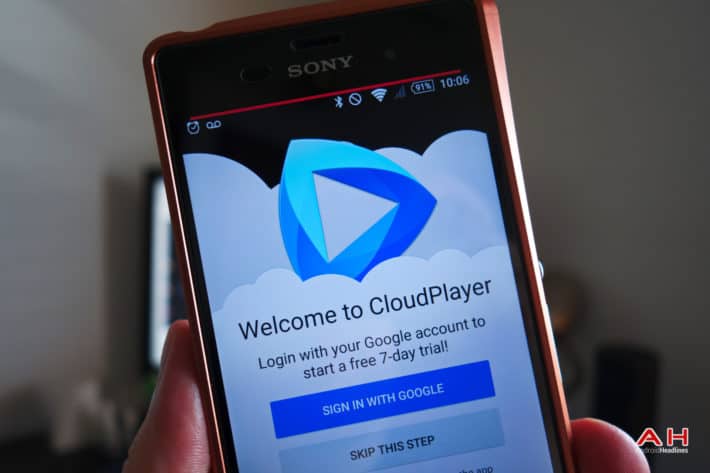 Cloud services have grown into an almost essential part of businesses these days, and for average consumers you can find cloud-connected apps no matter where you look. One of the biggest services to utilize the cloud is arguably music related and Double Twist, which is one of the companies who has had a Music app on Android the longest, has just announced their new offering called Cloud Player, which aims to take whatever you use as a cloud storage account, whether it be Google Drive, Dropbox, Box, or OneDrive and turn them into a cloud-based music player for you. Double Twist is making this app for the consumer, the music lover, as a means of providing a restriction-free cloud music system for all who want it.

While not only targeting Google's Play Music Unlimited, Double Twist takes an obvious stab at the service by highlighting the limit on "authorized devices" and terming existing options for users as "crippled, proprietary music lockers." Double Twist states they made this app for anyone who isn't fond of any service which imposes restrictions. They feel users should have access to all of their music no matter where it's stored and they've basically made that a possibility, adding features like compatibility with multiple cloud storage services and the claim of lossless high-fidelity audio. Not only that, but Cloud Player boasts easy streaming to both Chromecast and Airplay devices for those who want to transition the music to a larger screen that may be connected to a home audio system, but it also supports casting to wireless speakers too.

Users will be able to enjoy a host of different features like premium sound with a 10 band equalizer and 17 different presets, as well as support for various different audio formats including MP3, m4a and others. Some features will be free while others will cost users the amount of an in-app purchase unlock for the premium version of CloudPlayer, however, Double Twist is giving users the chance to use premium for a week  during a free trial. Other features are due to be introduced too, like crossfade and gapless playback, metadata/tag, and album art editing, and the ability to upload your music from your device to the cloud. It's a different approach to cloud music, but one that might be welcomed with open arms.