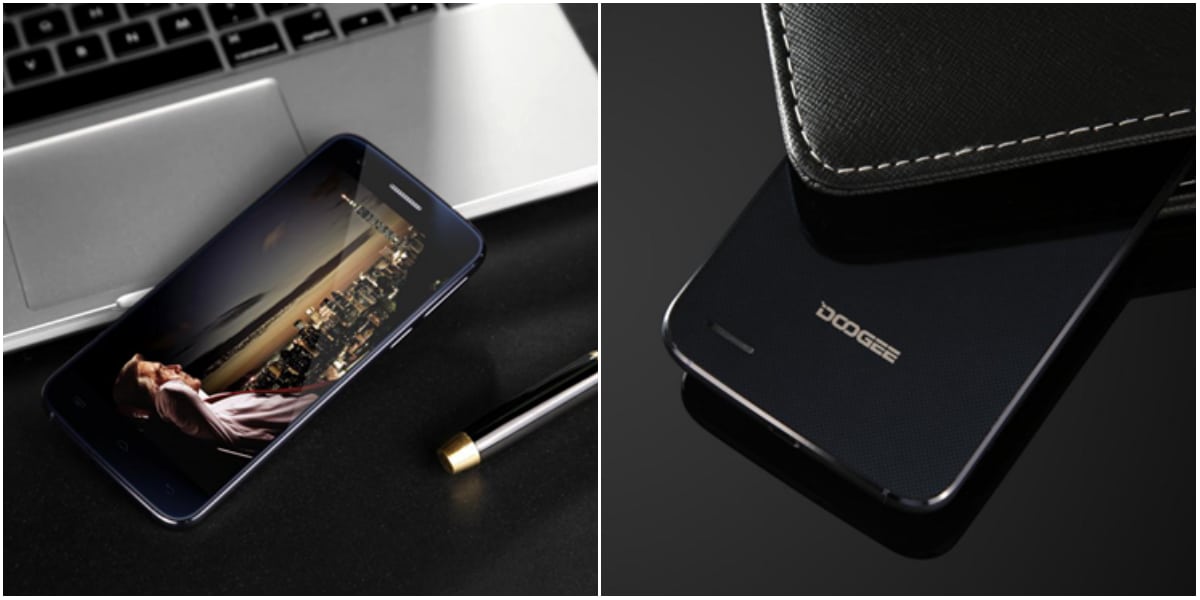 Doogee is a China-based smartphone manufacturer which is not that well-known at the moment, but the company is trying to change that. They're planning to release a range of devices by the end of the year, and we've already talked about two of them, the Valencia2 Y100 Pro mid-ranger, and the unnamed higher-end device which will arrive soon. We've shared quite a few details regarding the former, which was not the case with the latter one. Well, we have some additional details regarding that device, let's check it out.

It seems like Doogee is going to name this handset 'Doogee F3', and they're considering it to be their flagship for the first half of 2015. The handset itself will feature a 5-inch display with 2.5D curved glass on top, and its side bezels will be only 1mm thick. The aforementioned display will quite probably sport a 1080p (1920 x 1080) resolution, and the phone will be available in multiple RAM versions ranging from 1 to 4GB (LPDDR3 RAM), while it will sport at least 16GB of internal storage which will quite probably be expandable. The 3,150mAh battery will also be a part of this package, and MediaTek's MT6753 64-bit octa-core processor clocked at 1.5GHz will fuel this handset along with a Mali-T760 GPU.

The 13-megapixel camera (Sony's IMX214 or Samsung's ISOCELL sensor + dual-LED flash) will be located on the back of Doogee F3, and the phone will also feature a metal frame. The back cover will be replaceable, and Doogee will offer the Bamboo back cover for this handset, much like some other OEMs like Motorola, Xiaomi and OnePlus. You can also expect this device to offer 4G LTE connectivity, and the 8-megapixel camera will quite probably sport OmniVision's sensor on the inside. This handset will ship with Android 5.1 Lollipop out of the box, and according to our source, MIUI 6, Ubuntu, CM 11 and CM 12.1 ROMs will be available for the device. The Doogee F3 will sport two SIM card slots, and will be available in Ocean Blue and Pearl White color options. Both of these colors options are pictured in the gallery down below, where you'll be able to find a number of real life images of the upcoming Doogee F3 smartphone.