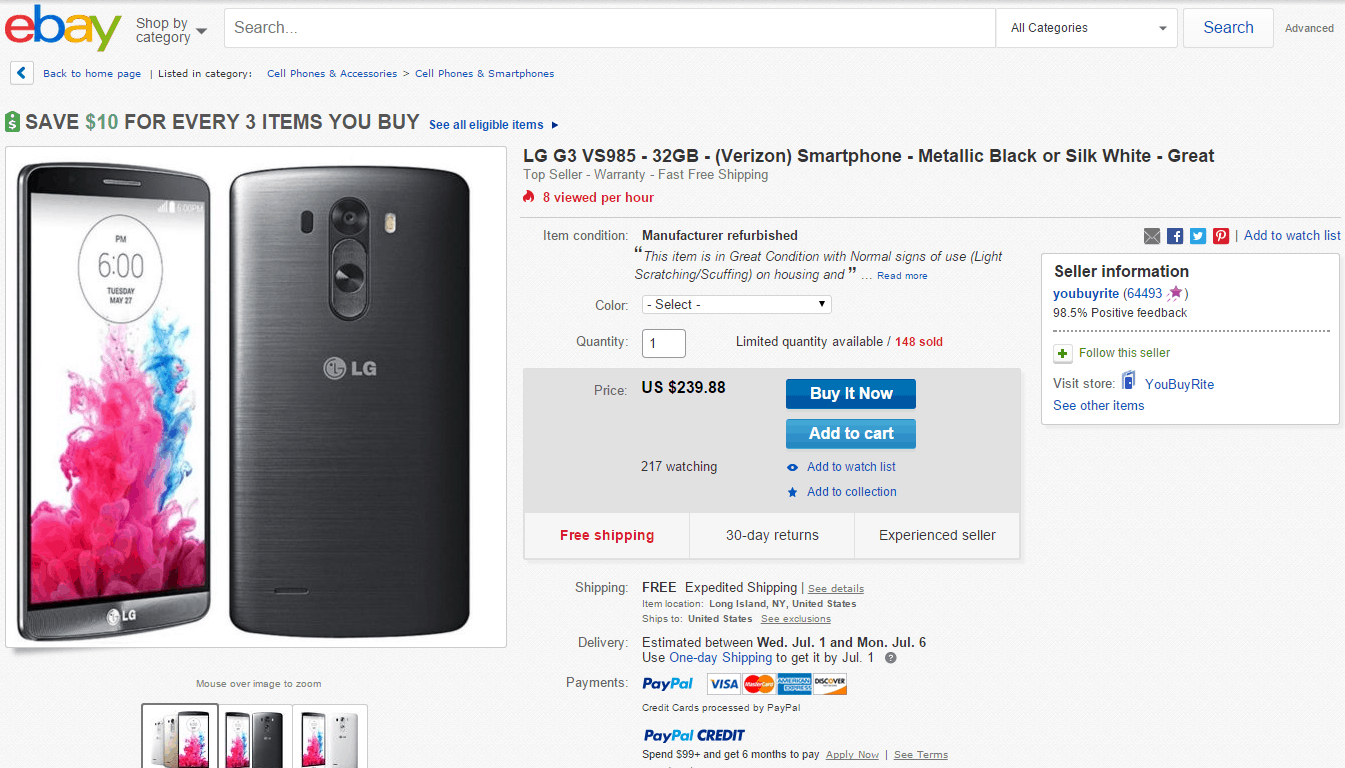 The LG G3 was LG's first smartphone to feature a Quad HD display, and even now it's still one of the better looking screens out there. Now that the LG G4 is out we're starting to see some deals on the older model device from last year, like this deal on eBay for the Verizon model LG G3 which is going for $239.88. This is strictly a Verizon Wireless model and is not unlocked, and it comes with 32GB of internal storage with expandable storage via the microSD card slot. The LG G3 comes equipped with a 5.5-inch True HD IPS display with Quad HD resolution, a 13MP rear facing camera with laser auto focus, and is powered by a Qualcomm Snapdragon 801 CPU and a 3000mAh battery. It's also now running Android 5.0 Lollipop thanks to the update.