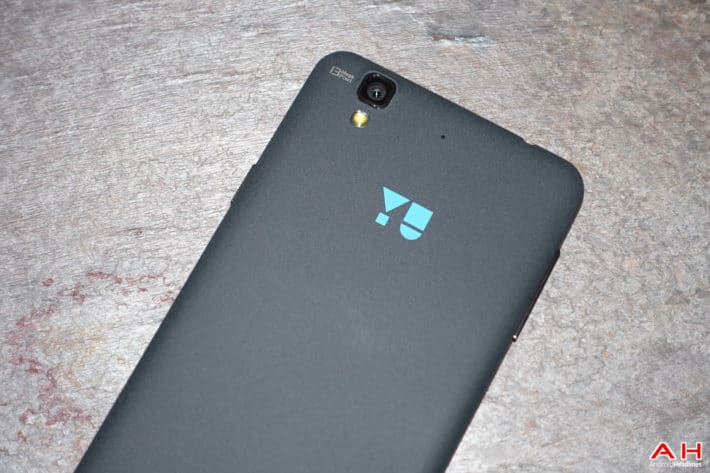 YU is one of the more interesting OEMs at the moment. This company was actually founded by Micromax last year, and they've released two handsets thus far, the Yureka and Yuphoria. Both of these handsets are powered by Cyanogen OS which runs on top of Android, and the Yuphoria has launched quite recently actually. Anyhow, we've talked about new Android Lollipop-based YU update last month, an update that was supposed to reach both of the aforementioned devices soon… well, the company has released some additional info today, read on.

YU has announced that the Android 5.1 Lollipop based Cyanogen OS 12.1 update for both the Yureka and Yuphoria has reached the final phase of testing. "Some of you have pointed out a few bugs in the current Yuphoria software. Your feedback matters to us a lot and we have been working on your inputs," said Micromax's co-founder, Rahul Sharma. This update will take care of some proximity sensor issues that a number of users have reported, and will include updated firmware for the keyboard, not to mention that the company has improved the phone's audio, dialer , etc. Mr. Sharma has also added that the new update will improve the camera performance on both of YU's devices, and added the following: "I am most excited to announce that CyanogenMod 12.1 (based on Android 5.1) nightlies are now available for the YU community! CyanogenMod is the base on which Cyanogen OS is created. CyanogenMod is actively supported by a large spectrum of contributors from around the world". If you're not one to flash CM 12.1 nightly builds to your device, hang on, the Cyanogen OS 12.1 will land soon it seems.

The Yureka and Yuphoria are affordable mid-range offerings by YU, and are currently available only in India. The company didn't exactly confirm that the devices will be rolling out to other countries, but they probably will eventually. These two devices are extremely affordable, especially considering their internals. The Yureka is priced at Rs. 8,999 ($141), while the Yuphoria costs Rs. 6,999 ($109) in India. Both of these devices sport 2GB of RAM, solid Snapdragon chips and ship with Cyanogen OS pre-installed. There you have it folks, we'll report back as soon as YU releases more info.