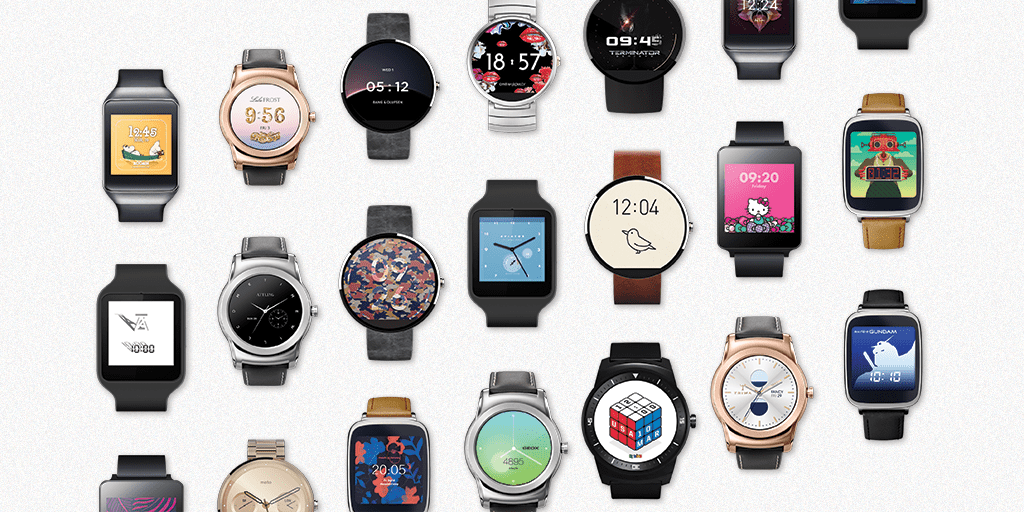 While it might have taken them quite some time, Google definitely understood that customization was going to be a big factor when it came to smartwatches. As we saw with the Pebble, people love to express themselves with different watch faces and for a long time it was one of the best places for customization. Android Wear devices sport full-color displays however, and there's more room for different designs. Just as they did when the Android 5.0.2 update hit before the end of last year, Google is introducing a new collection of Android Wear watch faces from fashion brands and different characters from all over the world, including some fun additions.

All of these watch faces are available from the source link below, and they come from 17 or so different brands and fashion names. Including the likes of MUJI, Cynthia Rowley, Bang & Olufsen, Kevin Tong and more. There are also fun additions from characters like the Moomins, the RX-78-2 Gundam makes an appearance as does Hello Kitty, Angry Birds and the humble Rubik's Cube. There's a good selection of watch faces here from colorful, digital affairs to more elegant, traditional watch faces that would look good on the new Watch Urbane or Moto 360. Those interested can take a look at the full gamut in the gallery below, and try them out for themselves in the Play Store collection at the source link.

Watch faces have become a big part of Android Wear, as many of us were suspecting, and with the arrival of the Watch Face API last December, it's nice and easy to get a decent watch face without any issues. There are now over 1,500 watch faces available for Android Wear in the Play Store, and with the Moto 360 joining the Android 5.1.1 club recently, it looks like a good year for Android Wear. Along with a rumored release of a new Moto 360 this summer and the Huawei Watch finally launching in the Fall, fans of choice will have more options than ever before 2015 comes to an end. Take a look at the faces in the gallery below and see which one's your new favorite.