On June 4th, Google announced a new feature developed with the help of Adobe (surprisingly) that will pause Flash content that is not central to a web page, such as animations and unnerving Flash advertisements, in order to improve page load performance and reduce power consumption. According to the post on Google’s Chrome blog the new feature is intended to maintain a rich and interactive web experience while drastically improving battery life, which the inefficient Flash plugin notoriously obliterates.

Those who regularly stream content that utilizes Adobe Flash need not worry; the new feature is “smart” when it comes to which flash content is automatically axed. Central content, such as a video, will not be paused or interrupted. That being said, Google admits the feature is less than perfect and gives users the ability to simply click any content that was paused in order to resume playback.

The new feature is enabled by default in the latest Chrome Beta update for Windows, Mac, and Linux, released today, and will be turned on default for users of Chrome proper soon; as early as September, according to a post by Google’s AdWords on Google+. However, the new feature can be enabled manually if you so desire. Simply navigate to Chrome’s settings page, select “Show advanced settings”, then the “Content settings” button under “Privacy”. Scroll down the pop-up window to the “Plugins” section and select “Detect and run important plugin content”, which enables the feature (see image below). We presume Google is not turning on the new feature by default for Chrome stable as they are giving a grace period for advertisers who continue to use Flash instead of HTML5 for their ads; thus the post on Google+ by AdWords.

Aside from improving page loading times and improving battery life the new feature fits in with Google’s efforts to encourage advertisers to shift to HTML5 and improve their content. Back in February Google began automatically converting eligible Flash ads to HTML5 when uploaded via AdWords or third-party tools that work with their platform. That being said, not all ads can be converted to HTML5, thus Google would obviously prefer to avoid the conversion process altogether. At face value one would think Google is hurting their bottom line by limiting Flash advertisements; however, considering the exponential growth of web traffic driven by mobile browsers, which typically do not support Flash, the new “feature” is actually a shrewd ploy on Google’s part. Nonetheless, it would be best for both users and Google if this new feature finally put the nail in Flash’s coffin. 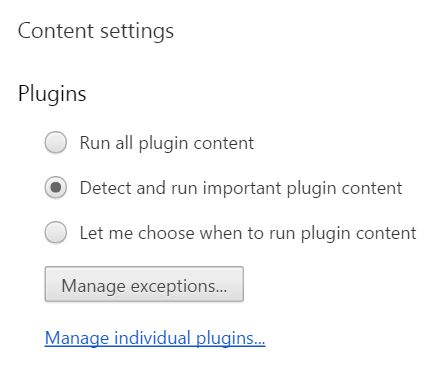