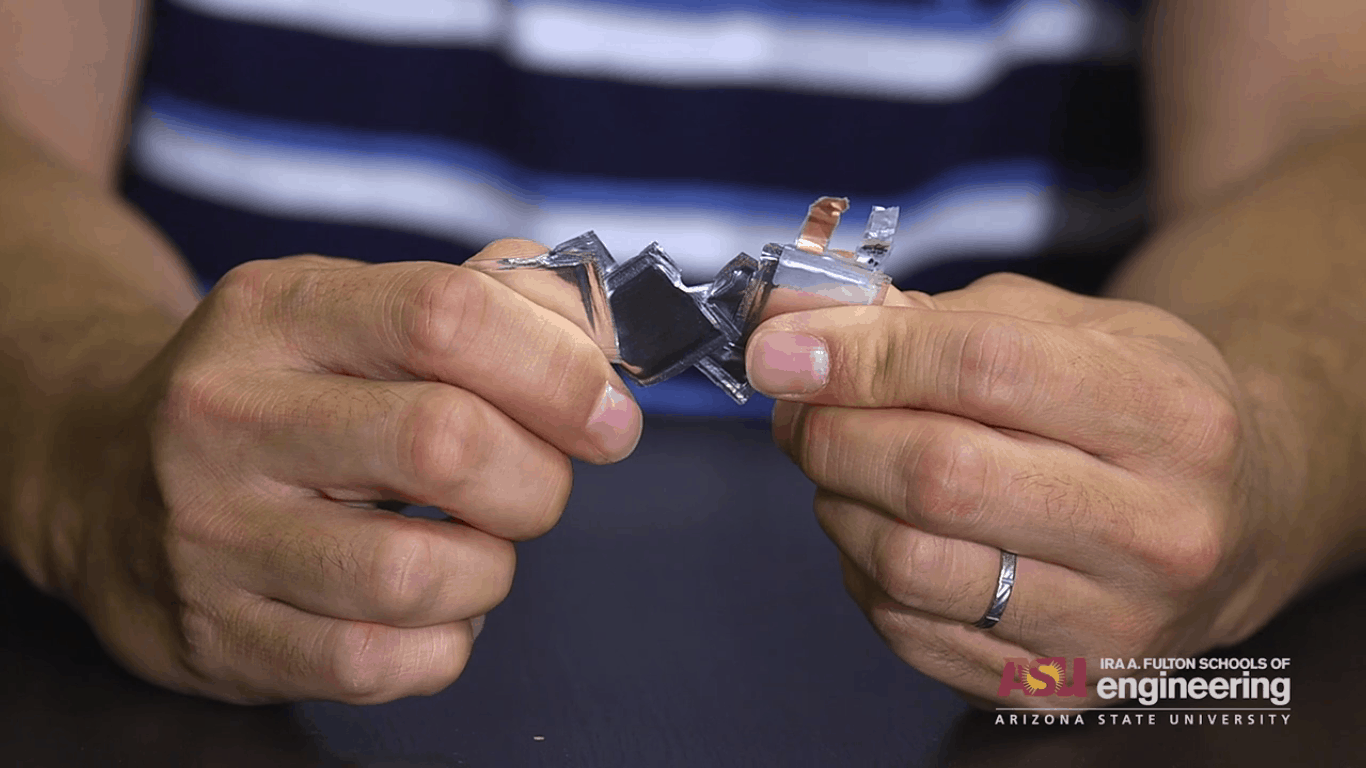 Wearable technology has come a long way in just the last year alone, but it could still be argued that it also has a long way to go before it gets close to its utmost height in success. One thing limiting the advancement of such things as werables in both design and size is the types of batteries with which they have implemented. Current batteries can be somewhat bulky for the overall landscape of wearables, and ones that are more forgiving on the size aspect can tend to be a little more limiting when it comes to the power. Even still, more compact battery sizes have yet to reach a more desirable size.

The research team at Arizona State University is working on battery technology which may be able to help solve this rather significant issue with the way that batteries are shaped, thus helping companies who design and manufacture wearables whether they be smartwatches or clothes like the currently in-development tech known as Project Jacquard, get access to something which could assist in making things more flexible. The team at ASU is currently working on a "stretchable" battery tech which allows the batteries to bend and stretch up to 150% of their original shape, all without placing interruptions on the power being fed to the receiving device. They achieved their current progress due to their inspiration of Japanese Kirigami, which is a variation of the more well-known paper folding art called Origami.

It's amazing what can be done with a little bit of creative thinking, and even more impressive that art is playing such a big role in the research and development of newer, more flexible portable power sources. According to Hanqing Jiang, who leads the research team for this project at ASU, "This type of battery could potentially be used to replace the bulky and rigid batteries that are limiting the development of compact wearable electronic devices." It isn't too hard to imagine the kind of applications this battery technology could have, and especially considering that wearables and other flexible tech have less space to work with, placing them in need of a power source which could allow for them to flex and move as needed.