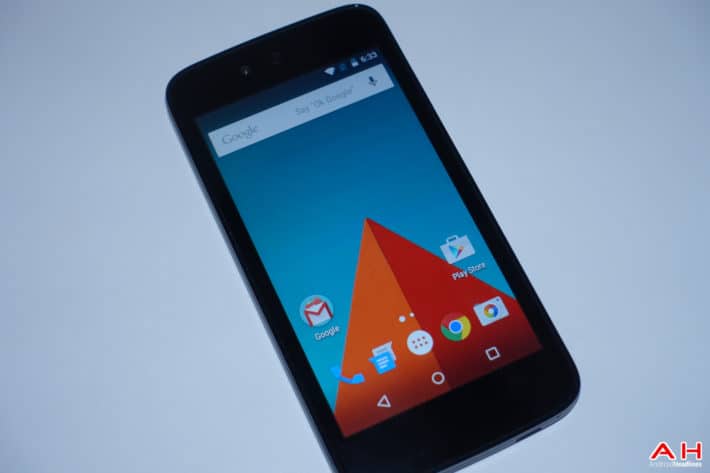 Google's Android One program has been successful on some fronts and not so much on others.  The promise of the program was to deliver affordable phones that support dual-SIM configurations, provide a good user experience via quality hardware for the price, and receive the latest Android updates straight from Google within 2 years of the release of the device.  All of these qualities about the Android One program are absolutely true, as we've referenced in our reviews of the Micromax Canvas A1 and the Karbonn Sparkle V.  Back when we reviewed those phones they were powered by Android 4.4 KitKat, which at the time was still the latest version of Android available.

When Google announced and subsequently released Android 5.0 Lollipop a few weeks later owners of the few Android One devices out there wondered when they would get the update to the latest Android version.  Google actually kept Android One owners waiting until March when the phones jumped straight to Android 5.1 Lollipop, which features a number of improvements over Android 5.0 Lollipop.  Now Google is rolling out Android 5.1.1 for these phones, which delivers and handful of bug fixes, performance enhancements and other fairly minor updates.  Sometimes a minor update such as this, which weights in at under 12MB, may seem insignificant but the bugs that this fixes could certainly get on a user's nerves when having to deal with them day in and day out.

The Android One program has been successful in making plenty of hardware partners in a handful of countries but not so successful at selling loads of these devices.  It's an unfortunate truth  that's been difficult to deal with for some OEMs who put a lot of stock into the program, but it's great to see Google delivering on these important updates even when the going gets tough.  This update is for the Micromax Canvas A1, Karbonn Sparkle V and the UNO Spice Dream at this time.  Other Android One handsets which already have the update include a newly released device, the General Mobile 4G which actually shipped out of the box with Android 5.1.1 installed.  This isn't the first time we've seen this happen, as the first phones in the world with Android 5.1 for nearly a month were the Android One phones released in Indonesia, showing just how serious Google is about making this program successful.

Advertisement
Trusted By Millions
Independent, Expert Android News You Can Trust, Since 2010
Publishing More Android Than Anyone Else
7
Today
122
This Week
401
This Month
4384
This Year
105861
All Time
Advertisement