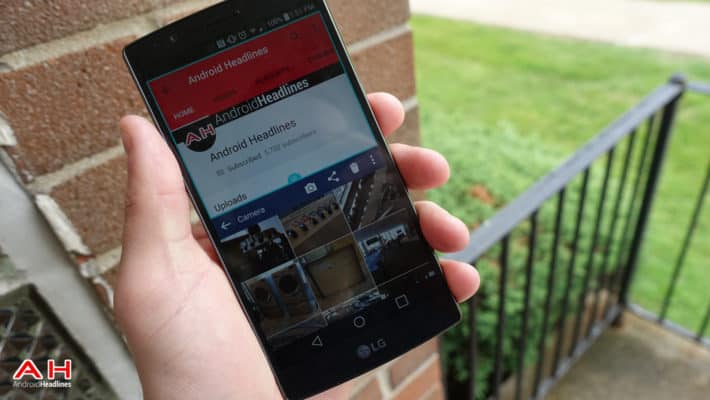 One of the features that users have wanted from Google for a long time is multi-window. Samsung has done it for while dating back to the Galaxy Note 2 if not earlier. LG, has also adopted their own version of multi-window called Dual Window. It was available on the LG G2, G3 and now the G4. It’s a bit better managed on the LG G4 this time around, but it could still use some work. For starters, not all apps that are installed are compatible. That is always an issue with these multi-window features, unfortunately.

LG’s Dual-Window feature is pretty simple to get too. Just press the “Recents” key and you’ll see at the bottom “Clear All” and “Dual Window”. Just tap on Dual Window and you’ll then be able to choose which app you want on the top and which you want on the bottom. As we mentioned, only a handful of apps are supported. That includes LG’s stock Messaging, Email, Gallery, File Manager apps as well as Chrome, YouTube, Maps, Hangouts, Drive, Docs, Sheets and Slides. So basically just a select few of LG’s apps and Google’s. You can tap either above or below to change where you want the app to appear. If you want to reopen your last Dual Window session, that will appear at the top of the first row. Just tap on the “Recent” there and you’ll open up your last Dual Window. Pretty easy.

Dual Window isn’t perfect, and probably never will be. For instance, when having YouTube and Gallery open, I did notice that there was quite a bit of lag throughout the OS afterwards. Obviously YouTube uses a bit of power and even data, so that could be why. But it could definitely use some work. Having said that, it’s great for watching the Android Headlines Podcast and typing up a doc in Google Docs or Drive. Or just messaging your friends on Hangouts. It’s a shame that LG and Samsung haven’t found a way to get their iterations of multi-window and dual-window to work with all apps that are in the Play Store. 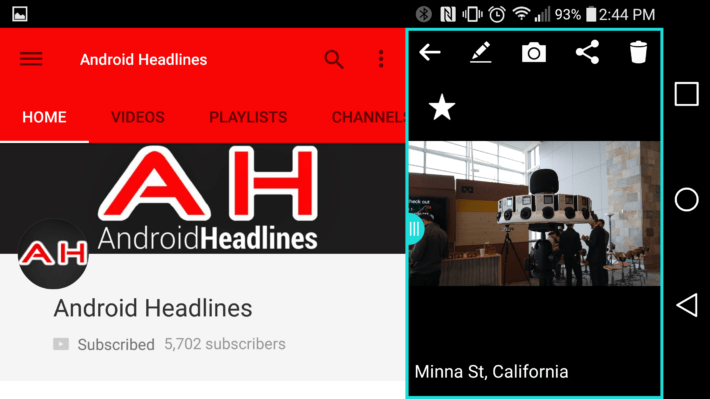 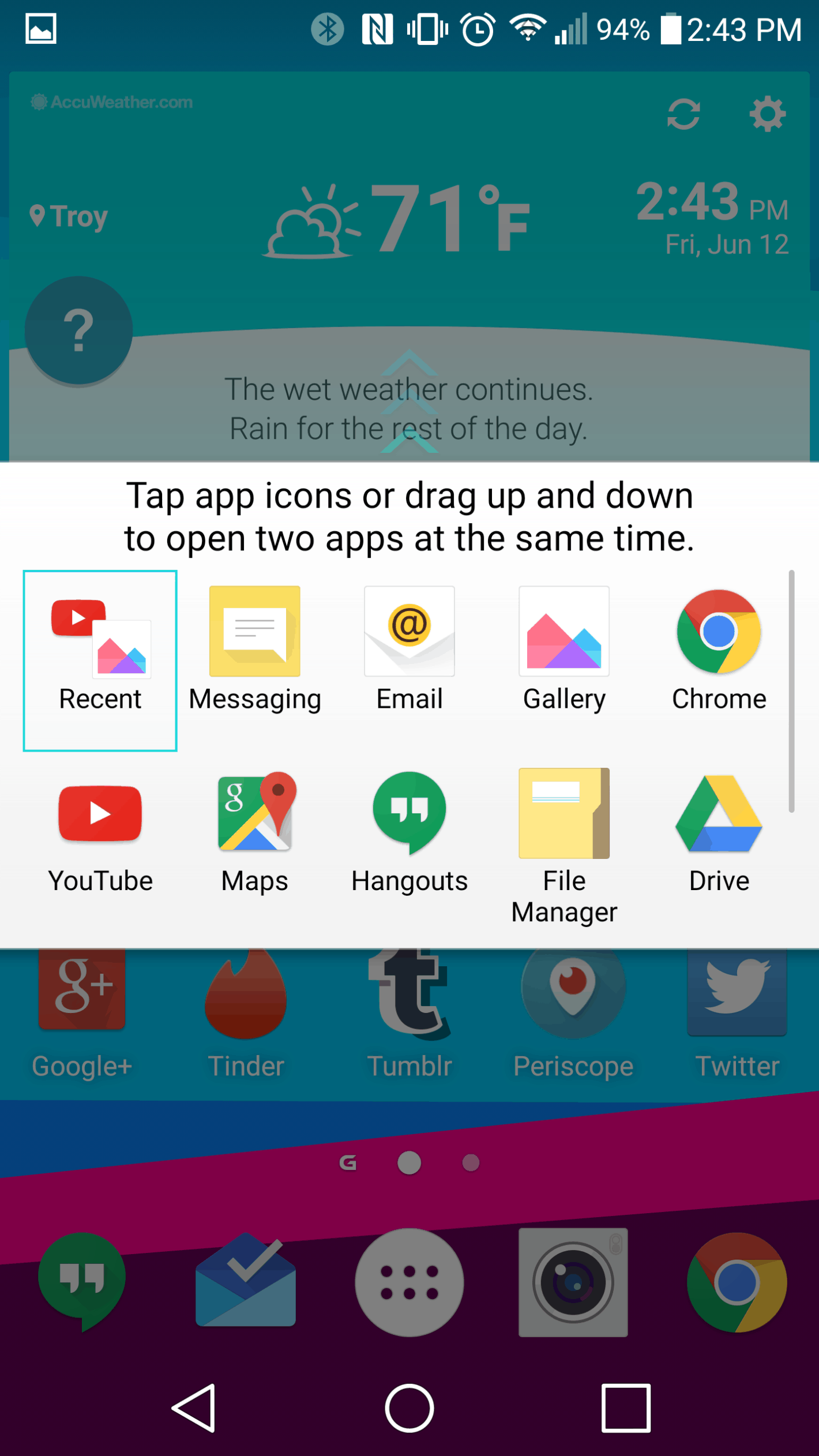 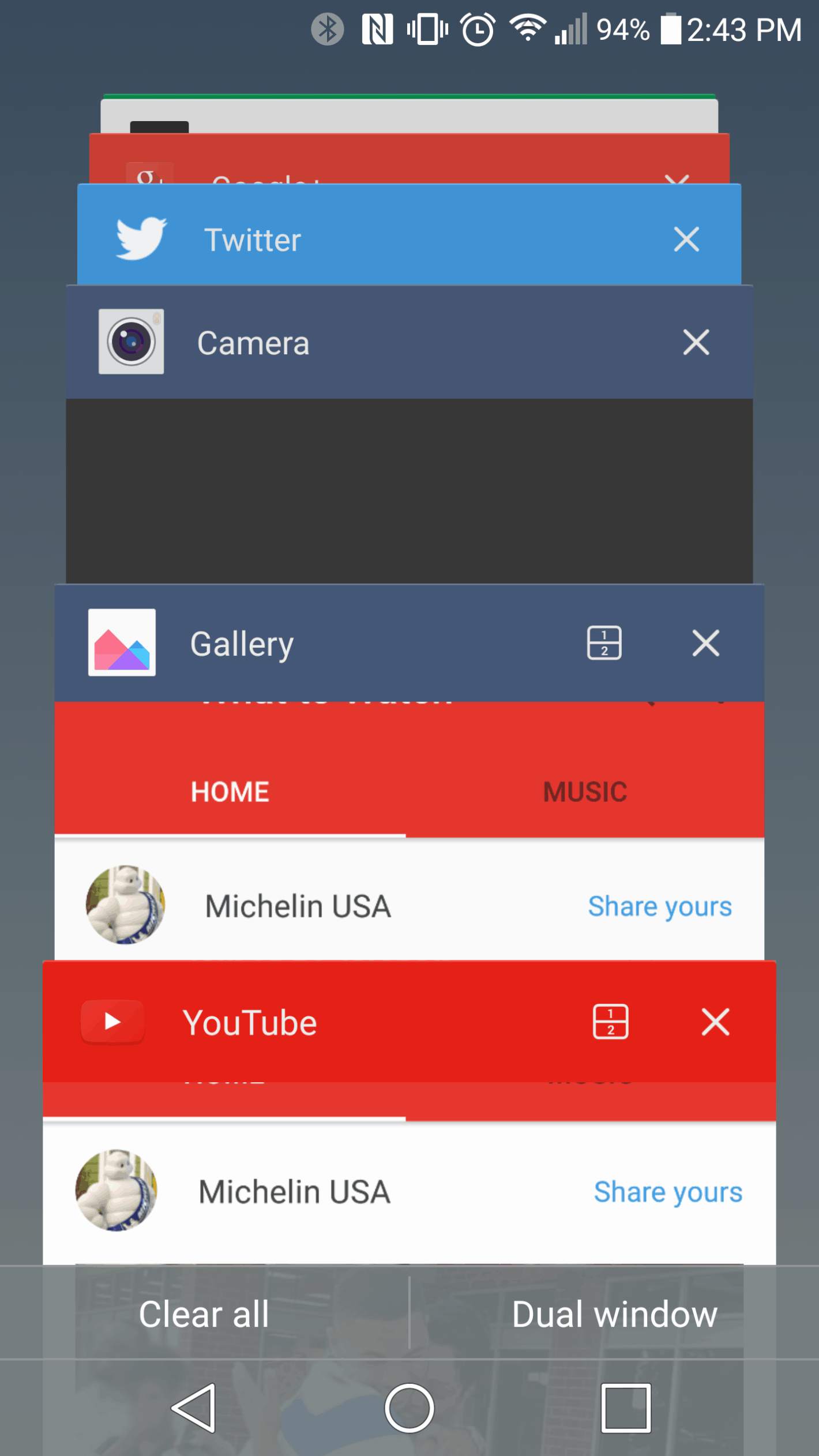 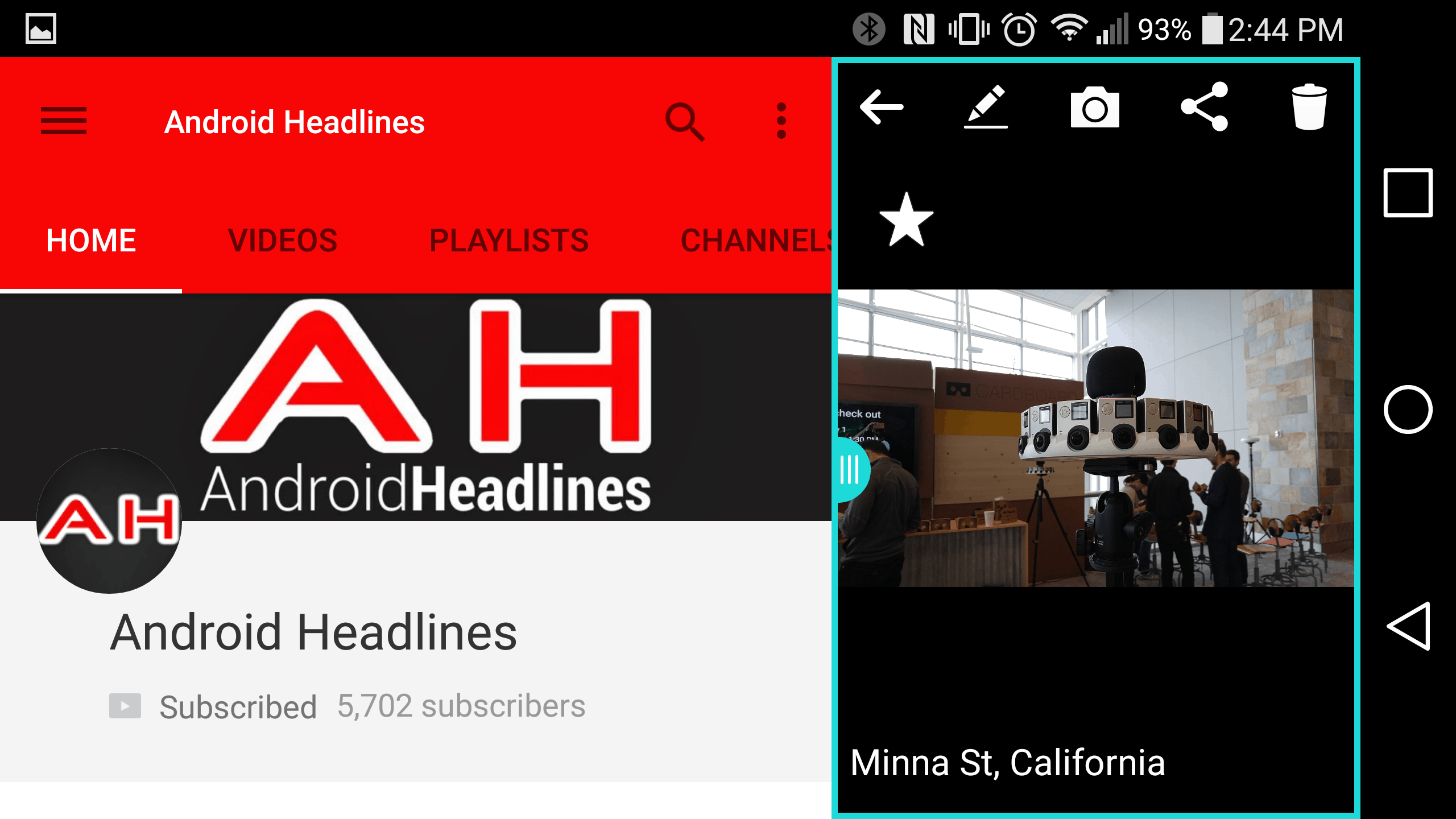 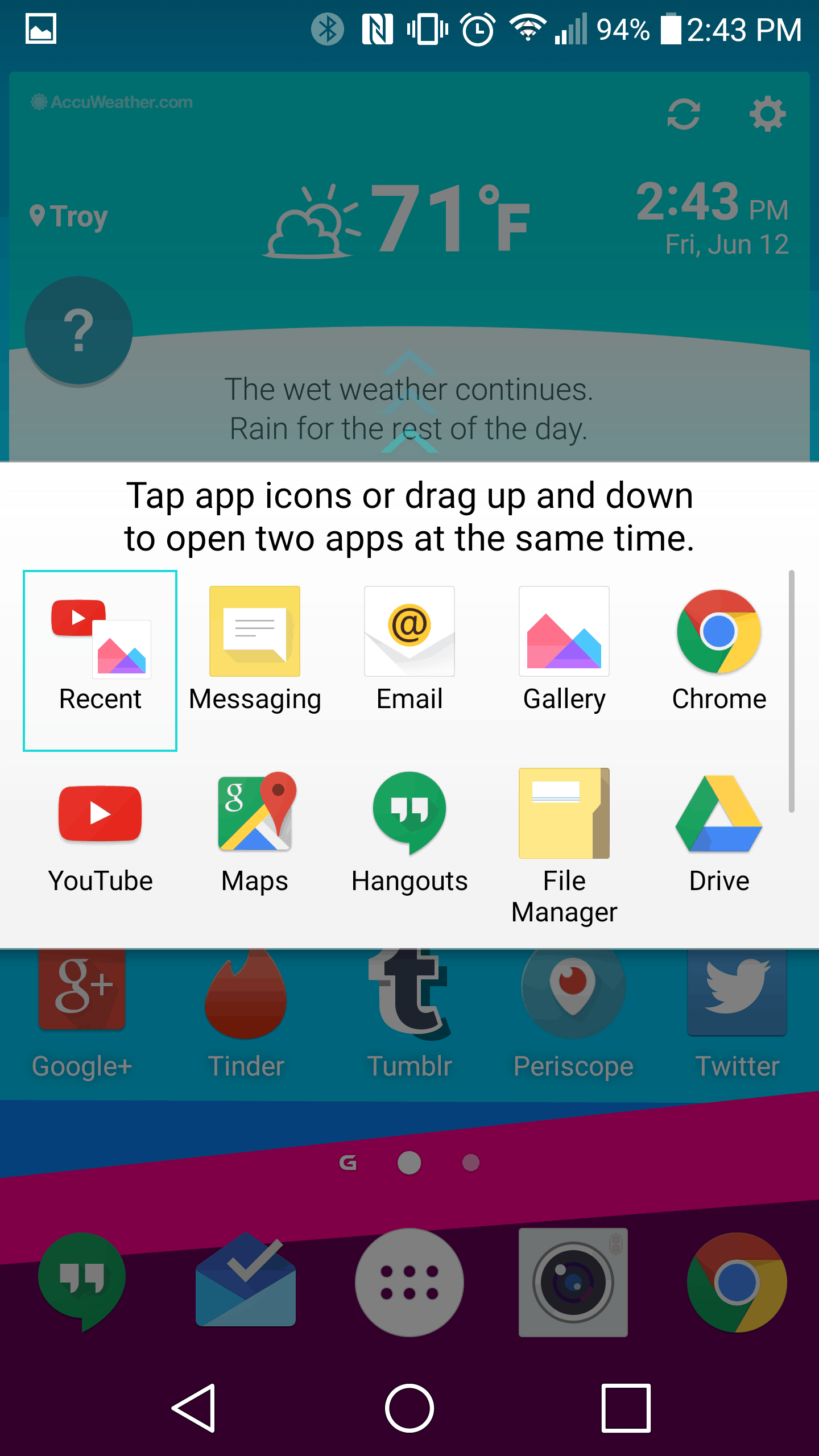 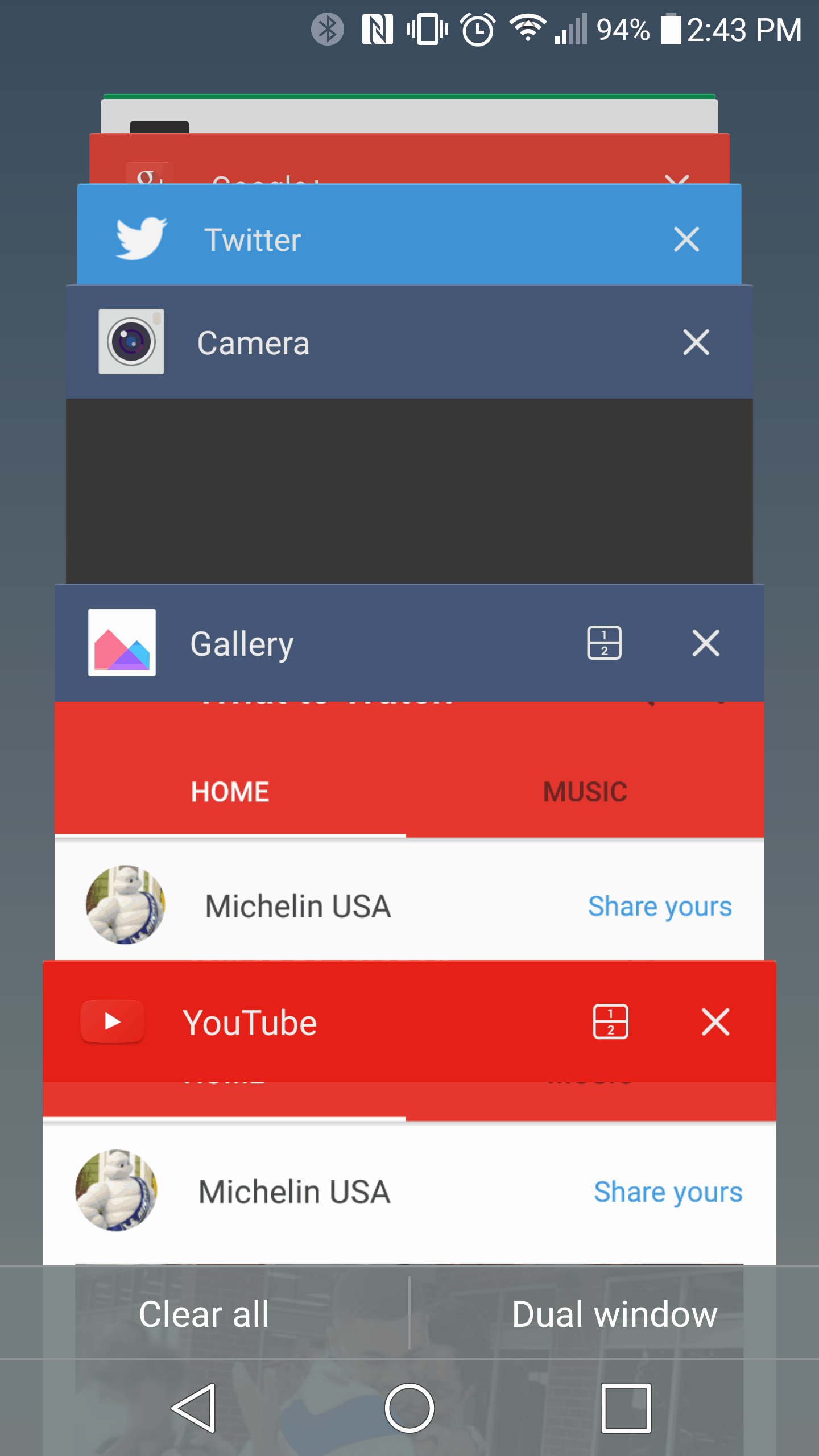