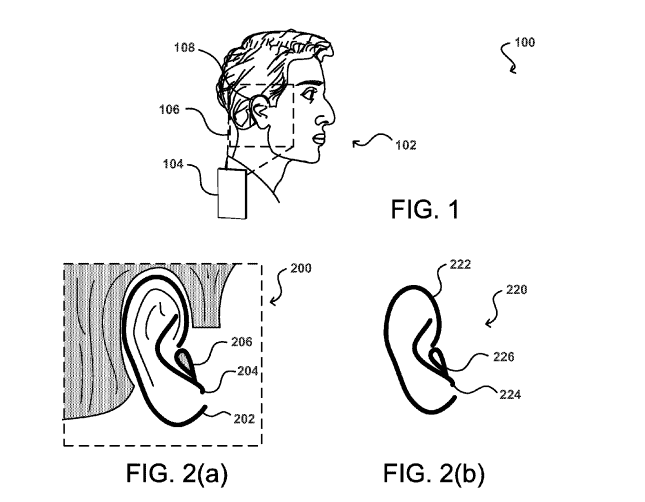 One of the massive buzzwords of late is 'security'. Likewise, another big buzzword of late, is 'privacy'. To many people, those words (and others) are interchangeable for the best part and that is probably largely right. With smartphones in particular, these buzzwords are proving to be even more important, as smartphones are becoming far more knowledgeable about their users, and therefore, more vulnerable to the users. Of course, where there is improvements to be made, manufacturers will look to capitalize on these opportunities and this is exactly what seems to be the case recently. A prime example of this, is the latest trend of manufacturers to include fingerprint scanners as a means of identification and protection.

This, of course, adds to the already in use measures, like passwords, pin lock, pattern lock and so on. Well, it seems some manufacturers might be thinking of more novel ways to offer users a level of protection that cannot be found elsewhere. Amazon seems to be one of those manufacturers, as they have filed a patent based on using the ear as a means of identification.

In short, the ear is used instead of a fingerprint and therefore, the phone unlocks (or whatever the purpose) based on using the user's ear to identify them. Similar to eye scanning, users will have to scan (take an image) of their ear to use as the control mechanism. Then in practice, the device will authenticate the current in-use ear against the 'ear on file'. There are also some references to the ear determining the level of volume that could be used. Presumably this would mean multiple users could use the same phone and each ear could be recognised and have the volume set to their particular preference. In principle, the notion is sound, as it is largely understood that ears are individual in their own right and therefore, would be a viable way to utilize a security feature like this. However, in practical terms, it is difficult to know how viable an option like this could be. Not to mention, the act of applying the phone to the ear to unlock, make call or so on, presumably would not be as useful to those who want to do something quick with their device. Either way, the patent is there and you can read the full details by clicking the source link below. 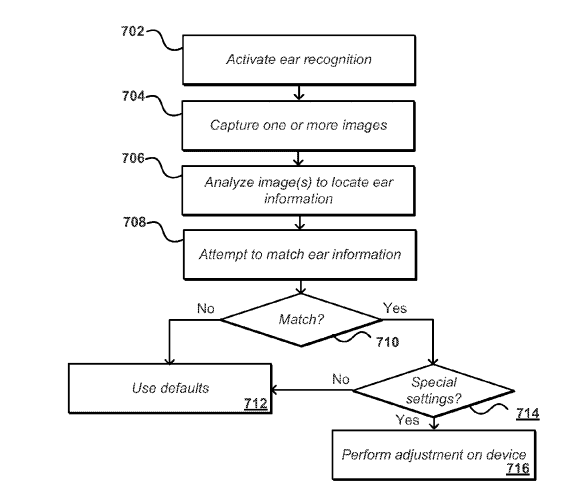