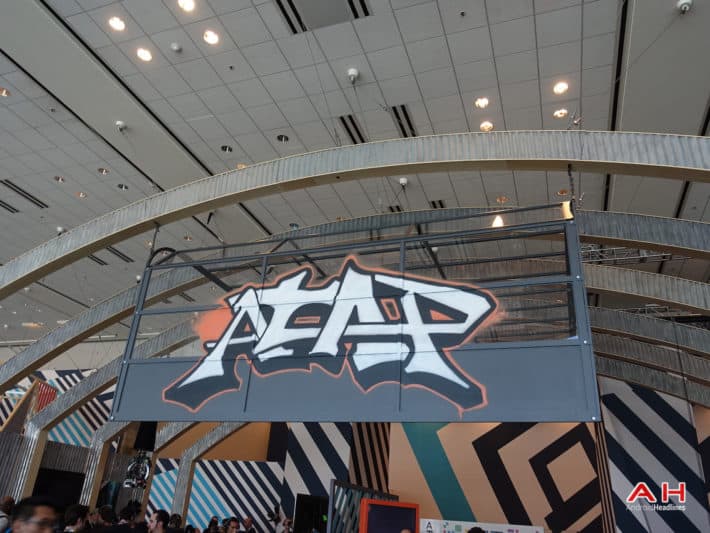 Google’s Advanced Technology And Projects (ATAP) arm, which started life as a part of Motorola, has come a long way in just two years under former team leader Paul Eremenko. The scope and ambition of some of its current ventures rival that of Google’s much discussed, debated and deliberated ‘moonshot’ projects. In the recently concluded Google I/O developer conference, just as sections of the media started expressing disappointment with the first day’s proceedings, Google’s ATAP team showed that they’d been saving the best for last. The unit demonstrated ideas such as touch-sensitive fabric, gesture-tracking radars and a behavioral biometrics-based identification and authentication tool, along with other equally interesting projects which have already been in public domain for some time, such as modular smartphones and spatially aware tablets with depth perception.

First off, there’s the project that has probably garnered the most interest among the tech community, Project Jacquard. Simply put, the technology refers to conductive fibers woven into fabric that enables sensors to be embedded in clothing. While the concept in itself isn’t revolutionary, Google’s project involves turning a piece of fabric into a touchscreen for all practical purposes, with miniature circuits woven into it. The item of clothing made with that fabric will then be able to detect deviations in conductance and can be used like something akin to a laptop touchpad to control various functions. Google has tied up with Levi’s to create, and hopefully someday, commercially manufacture smart-Jeans that promises to integrate the technology into special touch-sensitive panels. Google has also announced plans to use this technology for use in pillows and couches in the future.

Then, there’s Project Soli, which is looking to perfect the art of gesture-tracking with the help of embedded radars. Again, this is not exactly the freshest of ideas, with Leap Motion already having introduced the idea a while back, but the company just simply couldn’t get things right. If Google can actually succeed where Leap Motion couldn’t, the technology promises to relieve the pain of having to deal with tiny displays on average smartwatches. With only an inch or two of available real estate, it’s an ergonomic nightmare to have to keep fiddling with the device to get the smallest of jobs done. Instead, Google decided to make a miniscule radar, which can track hand gestures made mid-air. With the size of the gesture-tracker no bigger than a dime, the technology is expected to find its way to smartwatches, smartphones and other smart gadgets sooner than later. If done right, gesture control promises to be the real-world implementation of sci-fi concepts, like the kind seen in Minority Report.

Next up, is project Abacus with which, Google is looking to streamline identification of authorized users by combining most of the known smartphone authentication protocols into one streamlined solution. The parameters it would take into account include typing style along with facial and voice recognition. The technology is meant to make passwords redundant eventually, by seamlessly signing in users to their devices. However, when the feature cannot readily identify the user, it will go back to the tried and tested password-based technology to authenticate users. Google has said that it has collaborated with 33 Universities and tested the technology with 40 TB of data across 28 states.

ATAP’s Project Tango is not very different from Samsung, HTC or Sony’s VR projects at the first glance. All of them allow you to enter the virtual world with a device tied to your eyes to give you a 360-degree view. However, there’s one major difference. Unlike fully self-contained systems like Project Tango, those that are dependent on a secondary device to act as the brain, only allow the user to turn their heads around to get a 360-degree view. Walking around is not something that’s part of the deal. This is where Project Tango comes in. The 7-inch tablet released last year as part of the project, has spatial awareness, meaning the ability to map the surroundings on a 3D-level. To do that, the device uses three different rear cameras and infra-red depth sensors, which gives the tablet the ability to allow users to explore 3D virtual reality the way it should be. Google has now announced that it has tied up with Qualcomm to produce a smartphone version, which is powered by a Snapdragon 810 chipset. There’s no word however, as to when the device will ever go into commercial production, if ever.

Project Vault, as the name suggests, has to do with security. The project involves using cryptographic tools alongside real-time software on a microSD card to secure user data. The project looks to help secure devices using a microSD card as a hardware security key. This takes us back to the early days of enterprise security, where hardware security keys were in use, as a physical way of preventing unauthorized access. The cards come with in-built storage, an own self-contained ARM processor, and an NFC chip. The cards can be used in conjunction with any modern mobile or desktop operating system that has support for microSD cards. So the system should, in theory, work with Android, Windows, OSX and almost all popular desktop Linux distros. Of course, iOS is a no-go because of Apple’s steadfast refusal to support external storage on its mobile devices. Google had already announced last October, its intentions of using an USB security key for a two-step verification, and Project Vault seems to be just taking it forward one step.

Google’s Spotlight Story application is a new, interactive way of telling stories through animated features, which will put users in charge of what they want to see by offering a 360-degree, immersive view, where you can look around each scene just by moving your phone around. The unit responsible for this idea has already launched short animated features like Duet and Windy Days, to be viewed through the app. There’s also a new Story Development Kit that Google says will offer tools for directors to make visually interactive films for the Spotlight app. The app is available to download from Google Play, and while Google says more Spotlight-friendly stories will be released on YouTube in the future, the app is supported on very few devices as of now. Google has taken a great deal of interest in VR lately, and many of its recent projects are a testament to that. With projects like Cardboard, Jump, Tango and now Spotlight, Google is letting it be known they’re betting real big on VR.

Last, but definitely not the least, how can anyone mention ATAP without mentioning Project Ara? The unit’s most high-profile and well-known project is almost here, and Google is busy giving its final touches to the project, before the pilot is launched in Puerto Rico later this year. During the on-stage demonstration at Google I/O, ATAP’s new leader Rafa Camargo built a modular prototype from the ground up, and then just to a prove a point about the device’s ability to hot-swap components, added the camera module while the phone was still powered-on. Not only did the phone detect the camera, Mr. Camargo even took a picture to drive home the point he was trying to make. The device, if done right, has the power to reduce e-waste because users need not throw away entire devices every two years to stay on the cutting-edge of technology. Only swapping out single components like the processor, camera, or memory, should be good enough for the device to last longer. It will also save users the hassles and the cost of upgrading entire phones, necessitating the backing up of all data, contacts etc. to the cloud and having to download them back onto the new phone, re-install all your favorite apps and then painstakingly sync the new device with all other devices. Not only is all of this time consuming, it’s also understandably demanding for the non technically-inclined.

Developers, the heart of any project, may also show interest in Ara, because suddenly, high-end components will no longer come as a package deal only in high-end devices. For someone who doesn’t need a large, high-resolution panel but does want a nice camera, would now be able to get that without burning a hole in their pocket for hardware they don’t need. But will this help or hinder the whole issue of Android fragmentation? One theory suggests that things might get worse with all different components doing the rounds, what with more permutations and combinations to take care of than Google ever had to do before. However, in reality, we might also see a PC-like situation, whereby desktop operating systems come with basic device drivers pre-installed. If Google chooses that route, and Ara’s module-manufacturers play ball, there’s no reason why your device won’t come with pre-loaded basic drivers for each category of module, so that the question of incompatibility won’t arise.

With Google trying to intricately weave technology in all aspects of our lives, only time will tell whether all or some of these projects will be accepted by consumers and become mainstream in the years to come. Whatever be the case, the sheer scale and scope, ambition and audacity of most of the ATAP projects unveiled as concepts and prototypes, should make every technophile wait with bated breath for the next update. Because even if half of these projects come to fruition, they may forever change the way we use gadgets in our everyday lives.