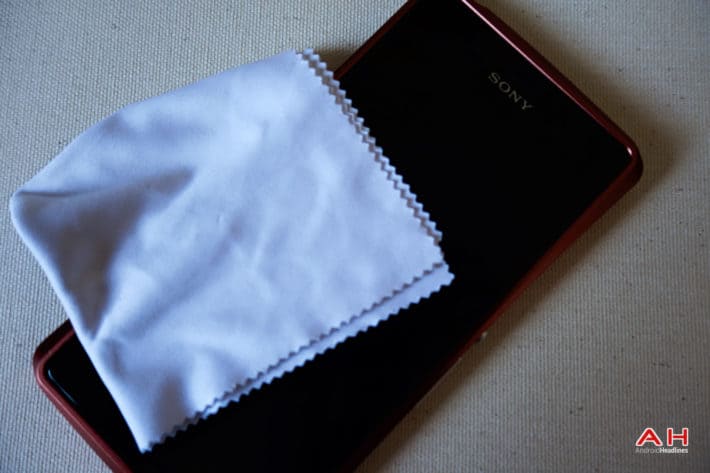 We're halfway through the second decade of the 21st century, and it's hard to imagine life without our electronic gadgets – the preeminent amongst which, has to be our smartphone. Can you even remember the last time you spent 24 hours at a stretch without it? Unfortunately however, humans are not the only creatures to share a love for these indispensable devices. The shocking truth is, because of our propensity to constantly fiddle with the devices with the same hands we use to touch just about everything around us, smartphones, over a period of time, become a veritable safe haven for an assortment of germs and bacteria.

A research conducted across 12 cities in the UK by the London School of Hygiene & Tropical Medicine and Queen Mary, University of London, has shown that 82% of human hands have bacteria on them, 16% of which happens to be E.Coli, which is most commonly found in intestines of humans and animals. While most strains are harmless to humans, some can cause serious gastrointestinal disorders. The researchers further observed that 92% of phones have bacteria on them and as much as 16% of hands have the aforementioned E.coli. About a third of hands and a quarter of phones contained Staphylococcus aureus, a type of bacteria that can cause illness if they enter our bloodstream. So should we start panicking? Not unless you're a certifiable germaphobe. Should we be concerned though? Definitely.

The palms of your hands can come in contact with germs at all public places like libraries, transport, restrooms, theaters, restaurants, gyms and basically any place which is patronized by people other than yourself. What's worse is that smartphones, on account of being warm from constant usage, happens to be a very inviting host for germs, allowing – even inviting – such microscopic "nasties" to multiply unabated. So what are the basic precautions we can take, to maintain the hygiene of our beloved phones, and avoid the possibility of them becoming a hotbed for infestation? There are multiple ways to do that, some more effective than others.

Wiping the phones with Ethyl Alcohol (Ethanol) or Methyl Alcohol (Methanol) is a good idea as alcohol is extremely efficient in killing germs. These compounds are inexpensive, and can be easily obtained at hardware stores. They were commonly used in spirit lamps back in the day, and hobbyist PC builders often use these liquids to rubdown the internals of their computers as alcohol evaporates quickly and doesn't wreak havoc with electronics unlike water. Nor does it cause oxidation of Iron or Copper parts. Just make sure the materials on your phone aren't overly sensitive to alcohol. You can also user milder cleaners like hand-sanitizers to wipe away the accumulated dirt and grime on your smartphones. Of course, using tissue wipes may not be the best way of cleaning your phone, as lint might collect up at the joints, leading to further headache. Stick to soft cloth as much as possible.

Compared to the simple low-tech idea discussed thus far, the next idea is positively high-tech, and sounds like a tech geek's dream. It involves Ultraviolet Ray emitters to kill germs on your phone. Such devices were launched last year itself, and include brands like PhoneSoap, which advertises its charger/sanitizer for $60. The charger however, is too small for larger phablets to fit into it, and the company promises a larger model will be released soon. Either way, while this cool new way of getting rid of germs may sound tempting if you're into all things hi-tech, it will still not clean up the accumulated dirt, which will still need to be cleaned up manually.

This is where a simple waterproof phone might solve a number of problems in one go. Just holding a smartphone (or smartwatch for that matter) underneath running tap-water to clean it up seems like an easy solution, but not all manufacturers offer waterproofing in their phones. While some manufacturers are starting to offer waterproofing in their high-end models, the mid-range ones often do not come with this important feature, what with OEMs cutting costs to increase their margins. Check for your phone's IP rating (IP58, 67, 68 etc.) to know how waterproof it is, and make sure all the ports (USB etc.) are secured before trying to bathe your device, lest you end up with an expensive brick. Some of the recent phones that do offer full water-proofing (not just partial water-resistance) are Sony Xperia Z3, Z3+, M4 Aqua, HTC Desire Eye, Samsung Galaxy S5 etc.