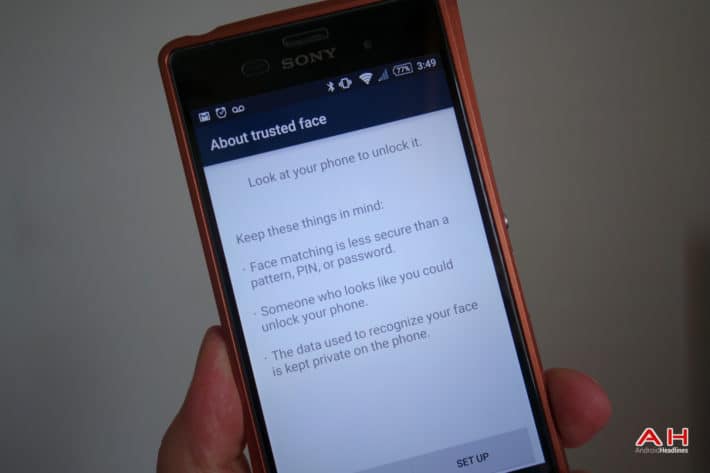 Biometric technology is becoming more common in our everyday lives with the advent of smart devices. Facial recognition, fingerprint readers and iris scanners are but just a few examples of the increasing integration of biometrics in our everyday gadgets like smartphones and smartwatches. While the technology itself has been available for quite some time, it is only recently that the sector has really started seeing an uptake within the mainstream consumer electronics segment, having been restricted to the medical community and security establishments thus far. With so much action already in the sector, market research and consulting firm Tractica has come out with a research report, which predicts the sector is at the cusp of exponential growth over the next decade. The company had previously come out with a report titled 'Biometrics for Mobile Devices', which claimed that fingerprint readers will be the single most prevalent biometric modality in the foreseeable future.

The current report titled 'Facial Recognition', is the product of a study conducted by the Boulder, CO-based company, regarding the dynamics of the market for hardware and software used in facial recognition biometrics. The study also aims to put forth a ten-year forecast for the industry, from 2015 thru 2024. The study says that devices and licenses with facial recognition will increase from 28.5 million units as of this year to more than 122.8 million globally by the year 2024, with overall aggregate revenues for this ten-year period topping out at around $4.9 billion. The report goes on to say that annual revenues for facial biometrics will increase from $149.5 million as of 2015, to $882.5 million units in 2024 at a compounded annual growth rate (CAGR) of 22 percent. The figure is said to include both visible light facial recognition as well as identification based on infrared thermography, which uses infrared light from the invisible part of the electromagnetic spectrum, to map out the facial contours so as to differentiate one individual from another.

According to Tractica, visible light authentication of facial features can use regular consumer-grade cameras, and can therefore, be used in gadgets such as smartphones etc. Infrared thermography on the other hand, requires more elaborate and expensive mechanism, and will very likely be used by government agencies for security and law enforcement purposes. It may also be used for identification purposes by governments and private sector enterprises for documents like passports, driving licenses, ATM cards and credit / debit cards etc. However, facial recognition will not have the biometric recognition field all to itself. It will be strongly challenged in the security biometrics segment by fingerprint, voice and speech recognition technology, as none of the possible applications of facial recognition are unique, other than isolated cases like surreptitious recording and / or tracking of a 'person of interest' by law enforcement.

Tractica says its report scrutinizes twenty diverse scenarios where biometric authentication protocols may be implemented, and studies how facial recognition matches up to other aforementioned competing technologies. The forecasted revenues for the sector have been broken down by regions, and within each world region, Tractica has additionally subdivided its forecasts "by industry and use case", so as to spell out in no certain terms which industries it believes will contribute the most to the sector's top line going forward. The report also consists information on 15 of the most influential companies in the industry as of today. 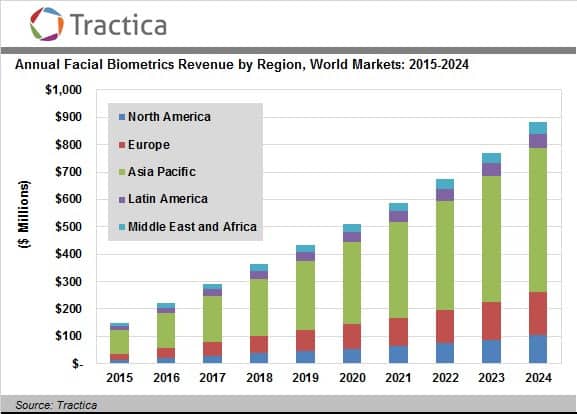