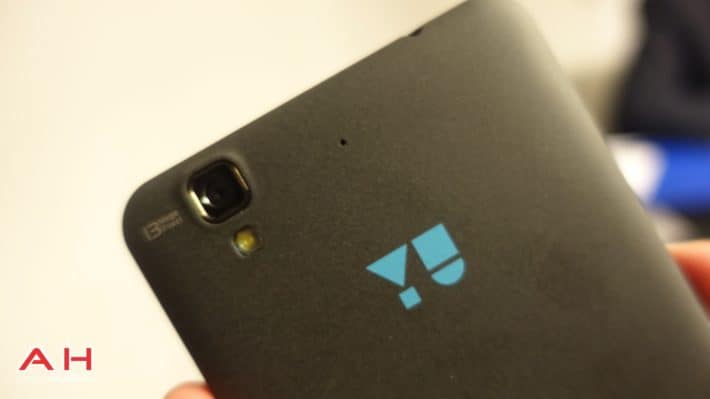 Micromax's Mobile owned Smartphone company YU is an online-only brand that launched its first Cyanogen based Smartphone Yureka in January. YU will be now launching their new Smartphone named Yuphoria this month. According to the YU Media Team, Yuphoria will be announced May 12th. Yuphoria is going to be the sequel of Yureka. Yureka was a decent budget smartphone with an edge of running Cyanogen when it was launched. Yuphoria might also follow its predecessor and be a budget-friendly phone with good specifications. There are no leaks that could be suggesting any specs of the Yuphoria, but there is a drop test video – not supposed to be an official drop test, that shows the power of Yuphoria.

In a short video of YU's employee shenanigan, and employee tries to take a selfie with his colleague who is sleeping, while taking the selfie, the guy who is taking the selfie accidently drops the phone on a tiled-floor. The phone is undeterred by the drop and is working fine, but here comes the plot twist, the tiled floor is seen broken due to the sturdiness of Yuphoria.

If the video is to be believed then it could imply that YU's upcoming smartphone will sport a Metal frame strong enough to survive drops or even break floors. The video also suggests that the phone is a bit thicker than Yureka and might also be heavier in weight. Furthermore on the specs about the phone includes some details that Yuphoria is going to support 4G LTE and will have a 64-bit Chipset. If Yuphoria is to follow Yureka then it will rock a Snapdragon Chipset with an Adreno GPU. Yureka had a Snapdragon 615 Chipset with Adreno 405, so Yuphoria will most probably be having advanced versions of the formers. Yuphoria will also boast a 2GB RAM, enough for performing everyday tasks without any hassle and a lag-free performance would be delivered with the help of Cyanogen OS 12 ( Android 5.0.2 Lollipop). The screen size and the battery are yet to be confirmed, but the resolution of the screen, as suggested by the leaks, will be (1280 x 720).

We have to wait till 12th May to find everything about the phone with its official statement. Stay tuned to AndroidHeadlines.com for more news on Yuphoria and other Android Phones.