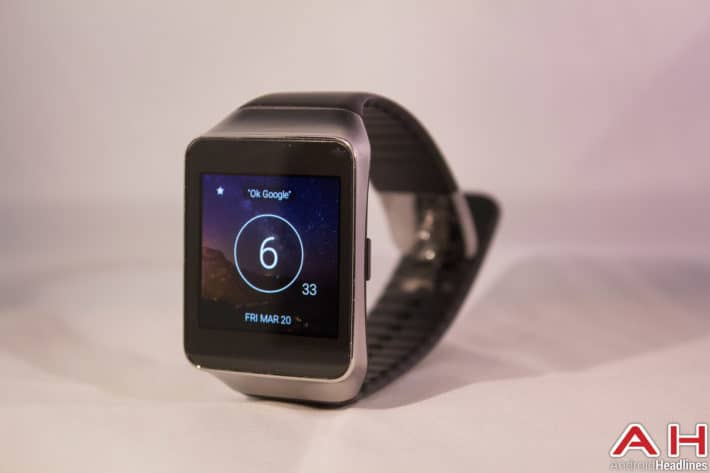 Earlier this week, Samsung's Gear Live was no longer available to buy from the Google Store. Making it the first Android Wear watch to disappear from Google's own shelves. While this might not mean the product has been categorically discontinued, it's perhaps as good a sign as any. The Gear Live was clearly not that much of a big deal for Samsung in the first place. If you took away the Super AMOLED display and Samsung logo on the Gear Live it could have been a smartwatch from anyone. The Gear branding has been a staple for Samsung's wearable tech since the original Galaxy Gear launched back in 2013, which was swiftly replace by the Gear 2 and Gear 2 Neo pair of smartwatches. With the Gear Live basically on its last legs, will Samsung make another Android Wear watch, should they make another one?

Both the Gear Live and LG G Watch were decidedly underwhelming devices when they launched, but that was sort of the point. After all, they were designed to get Android Wear to people, little else. Of course, since then LG have created stunning watches like the G Watch R and now the Watch Urbane. Motorola has the Moto 360 and Sony and ASUS came not too long after. Samsung, the largest brand name in the Android arena has refused to make another Android Wear device, and it doesn't seem like they're going to. The question is though, should they?

Creating an Android Wear device under the "Gear" branding was a little strange to begin with, as everyone knows that the Galaxy Gear, Gear 2 and Gear 2 Neo work with nothing outside of Samsung's camp. Still, the watch was a decent first attempt and despite one of the worst charging accessories out there, it had a lot going for it over the original G Watch. I think they should release another Android Wear watch, it would not only help out Google, boosting the Android Wear brand cachet, but it could definitely help Samsung in their fight against the Apple Watch. The reasons for making the Gear line exclusive to Samsung devices is understandable, but an Android Wear watch could combat the Apple Watch by working on hundreds more different models of Android devices.

There's also the question of will Samsung create another Android Wear device? Well, it's beginning to look less and less likely, isn't it? It's unreasonable to think of Samsung throwing out the Gear line of devices, which are exclusively Samsung to produce a watch that someone with an HTC, Motorola or – dare I say it – an LG device can use. That's not how Samsung operates. Which is fine, creating exclusive smartwatches allows them to better hook into the software on their own smartphones, but as Android Wear grows in popularity, and it gets all the apps and services people have been looking for, it might be time for Samsung to finally join the rest of the Android world, rather than just going it alone.