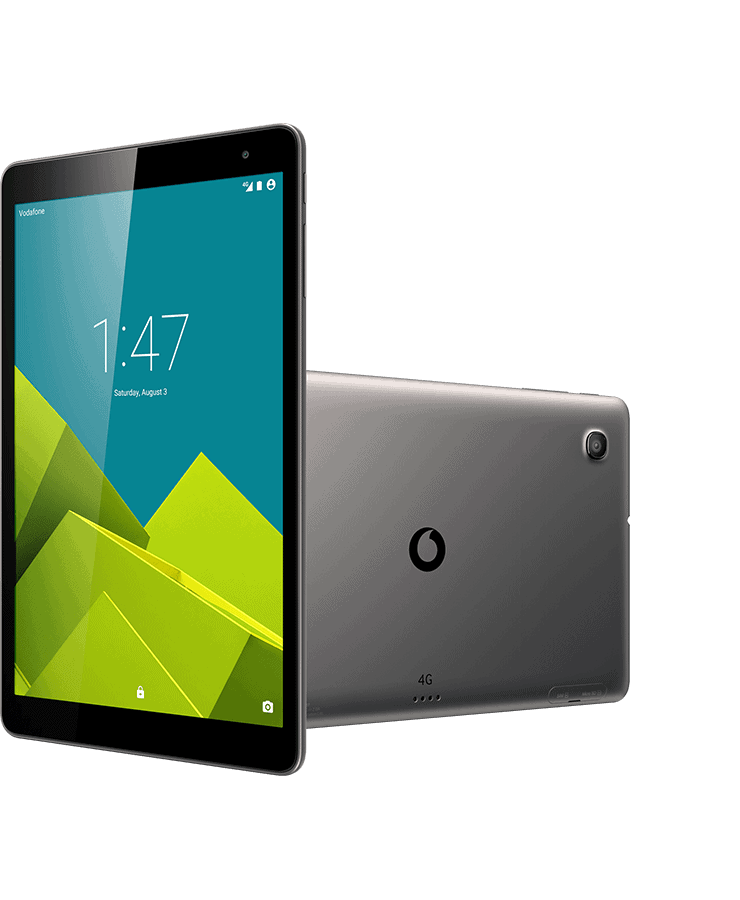 Vodafone UK have today announced the launch of a new tablet, the Vodafone Tab Prime 6, which is being released at the price of £150 on Vodafone's Pay as you go tariff, about $230 and this includes 6 GB of prepaid data. It's also available from £17 a month on a Pay Monthly bundle with a £19 upfront cost and 1 GB of monthly data. This is an inexpensive tablet with a 9.6-inch screen, that is, slightly smaller than the Apple iPad but with a landscape widescreen aspect ratio and a screen resolution of 1,280 by 800 pixels, so it is slightly higher than 720p high definition resolution. Not to mention that it is an IPS screen, so it ought to offer decent viewing angles.

The device is based around the Qualcomm Snapdragon 410 processor, which is a 64-bit, quad core System-on-Chip clocked at up to 1.2 GHz and designed as an entry or lower level processor. The Snapdragon 410 is backed up by 1 GB of memory with 16 GB of onboard storage, but there's a MicroSD card slot for adding additional storage. There is a 5MP rear camera and a 2MP front-facing unit for selfies and video chatting. The device is a shade under 8mm thick and packs a 4,600 mAh battery and contains a Category 4 4G LTE radio (with a theoretical maximum data transfer speed of 150 Mbit), plus 21 Mbit 3G HSPA backed up with GPRS / EDGE radios. There's also high-speed 802.11 WiFi and Bluetooth 4.1. And finally, the Vodafone Tab Prime 6 runs Android 5.0 Lollipop and is manufactured by Alcatel.

Whilst the Vodafone Tab Prime 6 is no Nexus 9 in terms of specification, the device is also less than one-third of the cost for the LTE version and includes a MicroSD card slot. Of course, with this being a branded tablet, Vodafone would sell you an airtime tariff and are promoting the device as a good choice for streaming media. For video, the effective screen resolution of 720p will help reduce the amount of data that video streaming services such as Netflix need. Plus, although billed as an entry-level processor, the Snapdragon 410 offers stronger performance compared with its immediate predecessor, the 32-bit Snapdragon 400 but is also miserly when it comes to battery power. The Prime 6 ought to be a capable and inoffensive tablet for a variety of duties. The Tab Prime 6 is also a part of the Vodafone Smart range, which means it benefits from being designed and honed for Vodafone's network and also has a near-stock (in Vodafone's terms, a "clean") Android interface. The near stock user interface should keep the device performing relatively well too. Finally, Vodafone reports the Tab Prime 6 will be joined by a keyboard edition, which promises to give customers the same portable high-speed LTE-enabled device complete with a real keyboard experience.