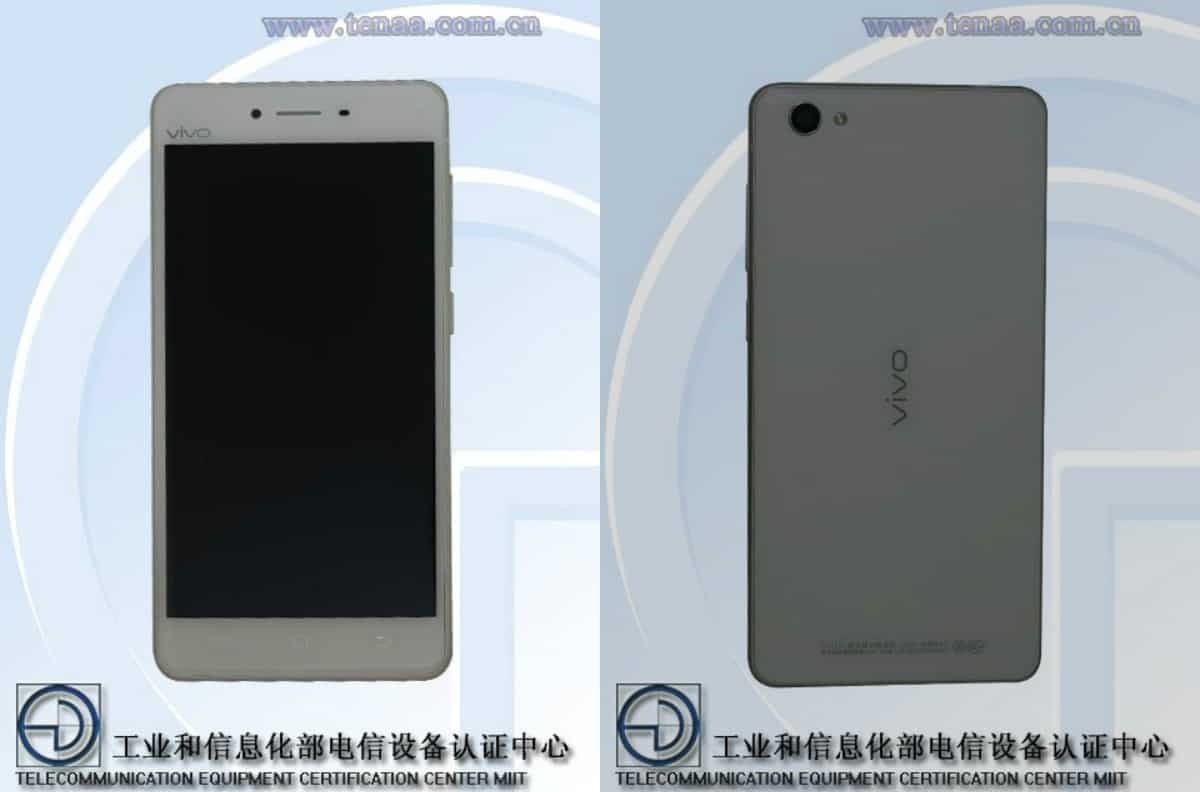 Vivo plans to release two new handsets in the coming weeks, the X5Pro and Xshot3 devices. The company has been teasing the X5Pro for quite some time now, and they've recently basically confirmed that it will sport a retina scanner. This device was also certified in China a couple of days ago and thanks to that, we managed to see this device's partial specs sheet. A new leak surfaced in China revealing a ton of additional X5Pro spec information, read on.

According to a new leak, the Vivo X5Pro (PD1541_66# model number) will sport a 5.5-inch 108op (1920 x 1080) Super AMOLED display along with 2GB of RAM and 32GB of internal storage. The 13-megapixel camera (f/2.0) will be located on the back of this device, and a 5-megapixel shooter (f/2.4) will be available up front. This handset's front or rear-facing camera will be able to take images up to 32-megapixels in size thanks to a technology similar (or maybe the same) to the one utilized by the Oppo Find 7 (it will stitch a number of smaller images into one big image). This handset will be powered by a 64-bit SoC clocked at 1.7GHz, the listing doesn't mention which chip exactly will power on this handset, but it's quite probable Qualcomm's Snapdragon 615 will be located on the inside of this device. Android 5.0 Lollipop will come pre-installed on this handset with Vivo's Funtouch OS 2.1 on top of Google's operating system. The phone will also sport a rather big 4,150mAh battery, which will certainly come in handy for hardcore users.

There you have it folks, it seems like Vivo is going to sport some neat tricks and a rather big battery. You can also expect this device to sport a metal frame and launch in the next couple of weeks considering that it already went through the whole certification process and what not. The Vivo Xshot3 might launch next to the X5Pro, though we still can't confirm that. Anyhow, we'll report back as soon as we get some additional details regarding either of these two device, so stay tuned for that. 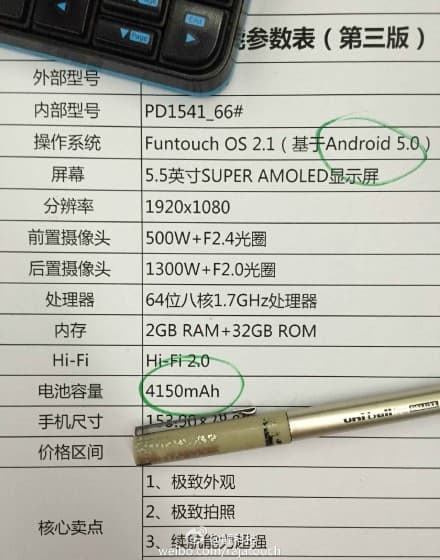