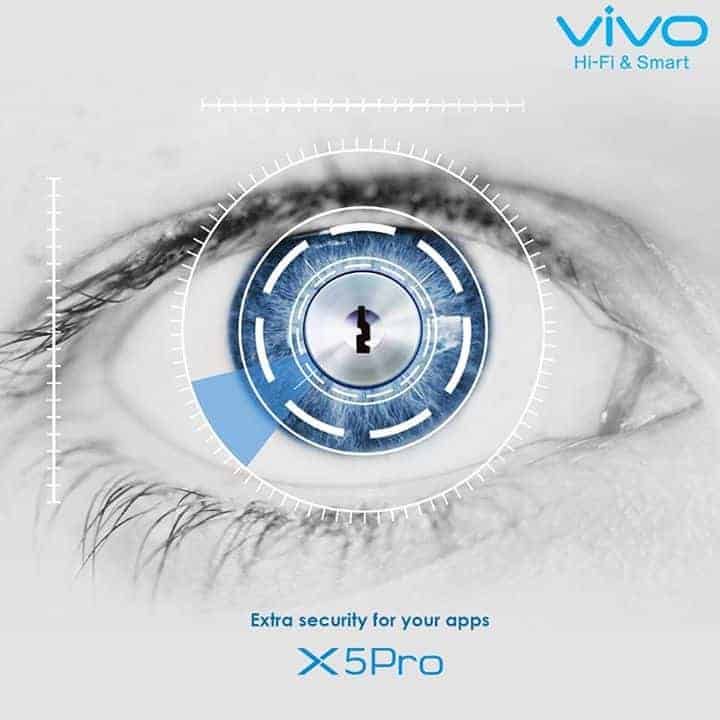 Vivo has pushed out quite a few leaks regarding their upcoming X5Pro handset. The company has already hinted that the device will sport a retina scanner, but this time around it's more than obvious. If you take a look at the provided image above, you'll see that this teaser couldn't be more obvious. An eye with a lock on it definitely reveals that the retina scanner will be a part of this device, this is Vivo's official teaser, of course. That being said, the Vivo X5Pro was also certified by TENAA (China's equivalent to the FCC), and the phone's design was also revealed as part of the certification.

TENAA's images reveal that the phone won't sport the glowing LED logo below the display, as the previous leak suggested. This handset will sport three capacitive buttons below the display: menu, home and back, respectively. The rumored fingerprint scanner won't be a part of this device either, but that was to be expected considering the retina scanner will be on board. This device will also feature a type-C USB port which we've talked about a lot lately. This device will be able to provide 32-megapixel images thanks to a special Oppo Find 7-like software processing which stitches images together in order to provide such a huge image. The rear-facing camera will take images using 'Phase Detection Auto Focus' which should make it possible for the device to focus and take images really fast. The X5Pro will reportedly be powered by Qualcomm's Snapdragon 615 64-bit octa-core processor along with an Adreno 405 GPU for graphics. This handset will also sport a double sided 2.5D glass and we still don't know which color options will be available, but the white model is the only one we've seen thus far.

There you have it folks, this is the Vivo X5Pro. This handset will quite probably be revealed soon, though we don't know the exact date just yet. If you take a look at the gallery down below, you'll get a good look at the phone's design, and this is its final design. Stay tuned, we'll report back soon.