Skip to content
Trusted By Millions
Independent, Expert Android News You Can Trust, Since 2010
Publishing More Android Than Anyone Else
36
Today
162
This Week
790
This Month
790
This Year
126934
All Time 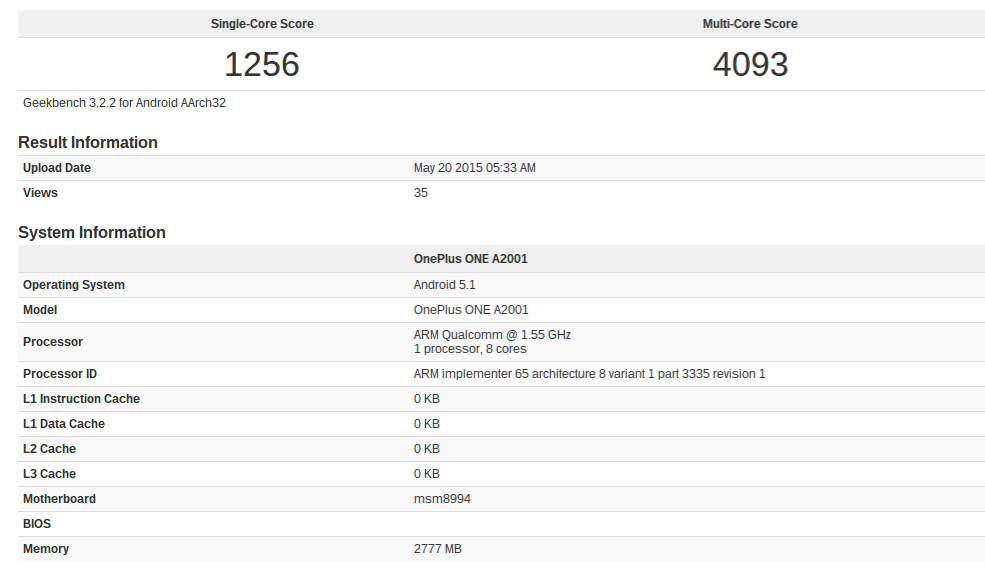 There is little arguing with how popular the OnePlus One has become over the last year. The company behind the device, OnePlus, has developed quite a decent following and user base. In fact, for such a young company the community which has now been built around the OnePlus One is certainly impressive. As such, the news of any OnePlus product landing quickly become big news. That said, the biggest OnePlus new product news of recent months is undoubtedly the highly reported on sequel to the OnePlus One, which is now expected to be the OnePlus 2.

In terms of the OnePlus 2, almost nothing has been confirmed as to what should be expected spec wise. There has been a number of rumors developing over time and as such speculation is rife as to what the OnePlus 2 will offer. One of those specs in particular which is gaining attention is the notion that the OnePlus 2 is likely to come equipped with the Qualcomm Snapdragon 810. This processor has been widely reported as a possible problem processor. As such, the feelings towards the 810 being included in the OnePlus 2 will be mixed. Either way, OnePlus did seem to recently confirm the 810 will be included on the OnePlus 2. Well, the latest news which is further likely to fuel the speculation is that a OnePlus device has now been spotted being benchmarked on Geekbench.