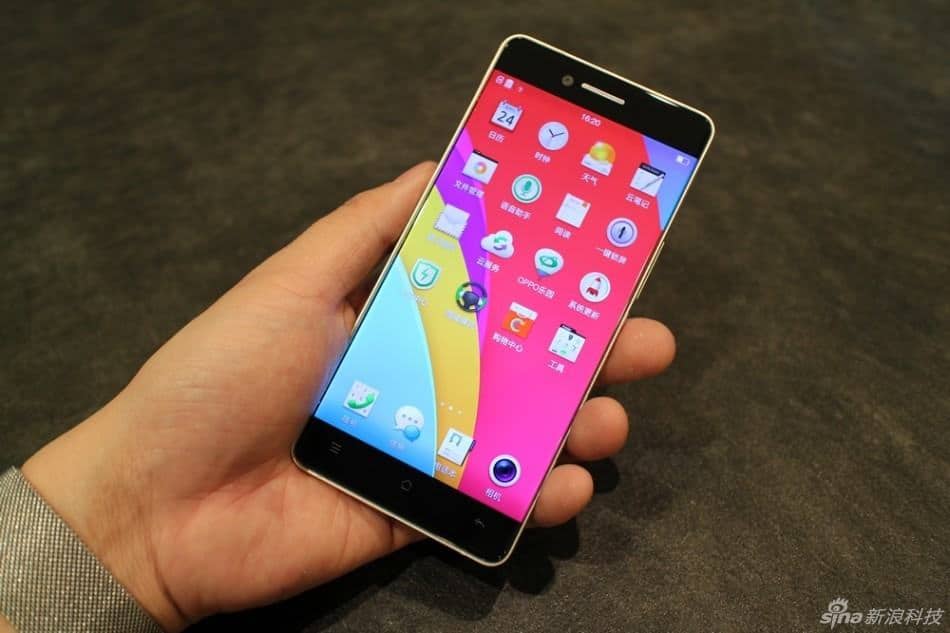 Oppo R7 has been leaked like for the last couple of weeks. The R7 is Oppo's upcoming mid to high-end offering which will sport 'bezel-less' design, well, sort of. This device has leaked in a number of images and videos a couple of weeks ago, and by the looks of it, it didn't sport any bezel on the sides. In a rather interesting turn of events, a new video surfaced and proved that the R7 will have some bezel on the side, but you won't be able to see it. The R7 will sport a 2.5D curved glass on the front and the company is using an interesting light reflection trick in order to make it look like there's no bezel on the side, when, in fact, there is. As soon as you tilt the device to the side you'll be able to notice the side bezels.

The company has already confirmed that the Oppo R7 will launch on May 20, and the device was also certified by TENAA (China's equivalent to the FCC) quite recently. The Oppo R7C and Oppo R7T units were certified by TENAA, and two new models have now surfaced on radio regulatory authority in China, the Oppo R7Kc and R7Kt. The former offers support for GSM / CDMA networks with dual 4G, while the latter supports GSM / TD-CDMA networks with dual 4G. These two variants of the device are quite probably headed to China Telecom and China Mobile carriers in China.
The Oppo R7 won't be an ultimate high-end device, but a mid to high-end one which will support rather interesting design choices and a metal build. The Oppo R7 Plus was also mentioned several times now, and it is possible that Oppo plans to launch it as the high-end variant of this handset. According to TENAA, Oppo R7 will sport a 5-inch 1080p display along with 3GB of RAM and 16GB of internal storage. This handset will be powered by Qualcomm's Snapdragon 615 64-bit octa-core SoC and will ship with Android 4.4.4 KitKat pre-installed with Oppo's Color OS on top of it. On the back of this device you'll be able to find a 13-megapixel shooter, while an 8-megapixel camera will be available up front. 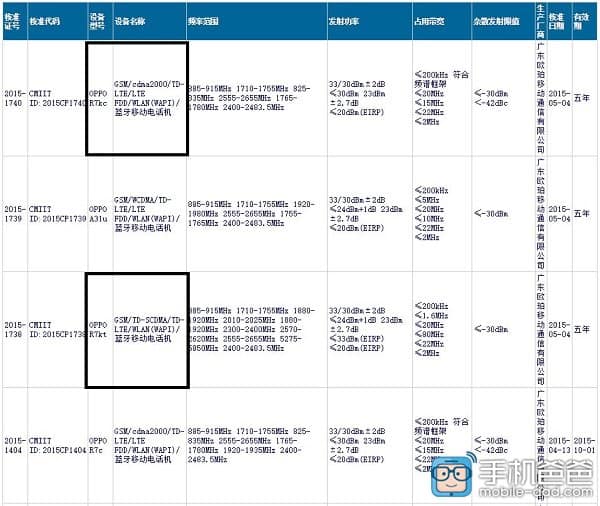