Over the last few months, Cyanogen have been making some big changes to how their commercial variant, Cyanogen OS functions. Of course, the biggest and most notable was the roll-out of their Android 5.0 (Lollipop) based OS, in the form of Cyanogen OS 12. With this update came a number of changes to the performance, presentation and function of Cyanogen OS. However, Lollipop was not the only change on the cards recently. It has long been reported that Cyanogen OS will offer number of Microsoft based apps, which can be used instead of the more obvious Google offerings. But it seems Microsoft is not the only strategic partner Cyanogen are teaming up with.

Back at the start of March, Cyanogen also announced that they had partnered with Boxer to bring a more integrated version of the popular email app to Cyanogen OS users. Now, in a similar vein, it seems Cyanogen are partnering with Truecaller to bring a version of their app to Cyanogen OS, as an optional replacement to the standard dialer. For those unfamiliar with Truecaller, the app is already available on the Play Store and claims to already have over 100 million users worldwide. The app offers a more functional approach to voice calls with the ability to identify unknown callers and block spam and unwanted calls. The app even offers the ability to iunform the user of numbers which have been deemed as spam based on the Truecaller community feedback. Therefore, if a number is recognized by a number of people as a spam number, the new user will have that information to hand when they receive a call.

In terms of the Cyanogen partnership, Truecaller have informed us that the future feature will be available to all users running Cyanogen OS. At present, there are no firm details on when the Truecaller service will become live for Cyanogen OS users. Although, Truecaller does advise that the service will be available to "upcoming device launches that ship with Cyanogen OS" as an integrated feature. Truecaller also advise, the service will be offered to those already running Cyanogen OS as an OTA update in the "coming months". According to VP of Product Development at Cyanogen, Dave Herman, "The new integrated dialer experience is a seamless, frictionless way for users to screen calls and block unwanted spam without ever leaving the native dialer." 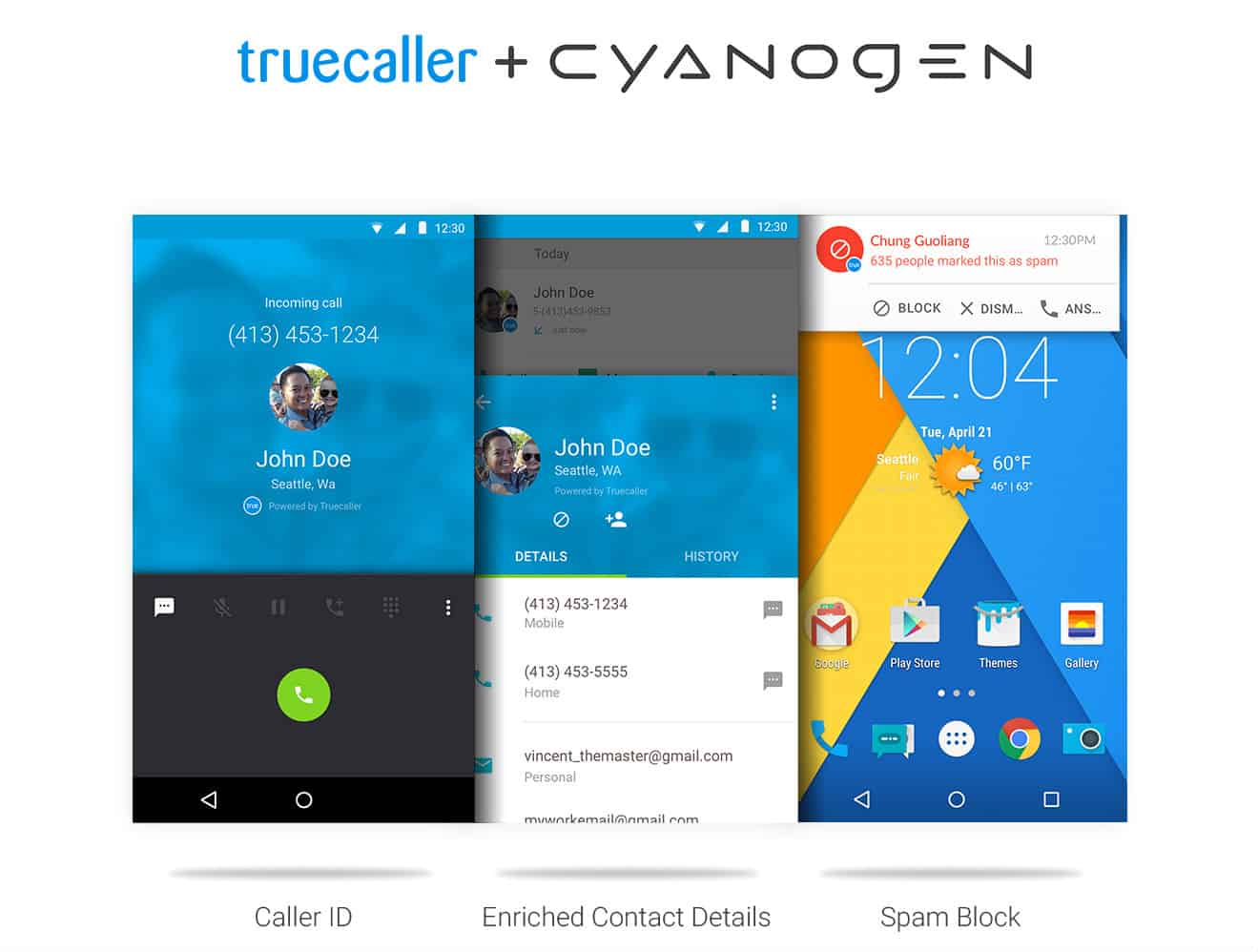 Sponsored Video
Advertisement
Trusted By Millions
Independent, Expert Android News You Can Trust, Since 2010
Publishing More Android Than Anyone Else
15
Today
117
This Week
494
This Month.
494
This Year
110666
All Time
Advertisement