Each month, we bring you a selection of Android Wear apps and Watch Faces to help make more of your Android Wear watch, and hopefully show off some flashy new faces to your friends. It's been a slower month for Android Wear apps, but that doesn't mean that we haven't been able to put together a decent list of options for you all to try out. 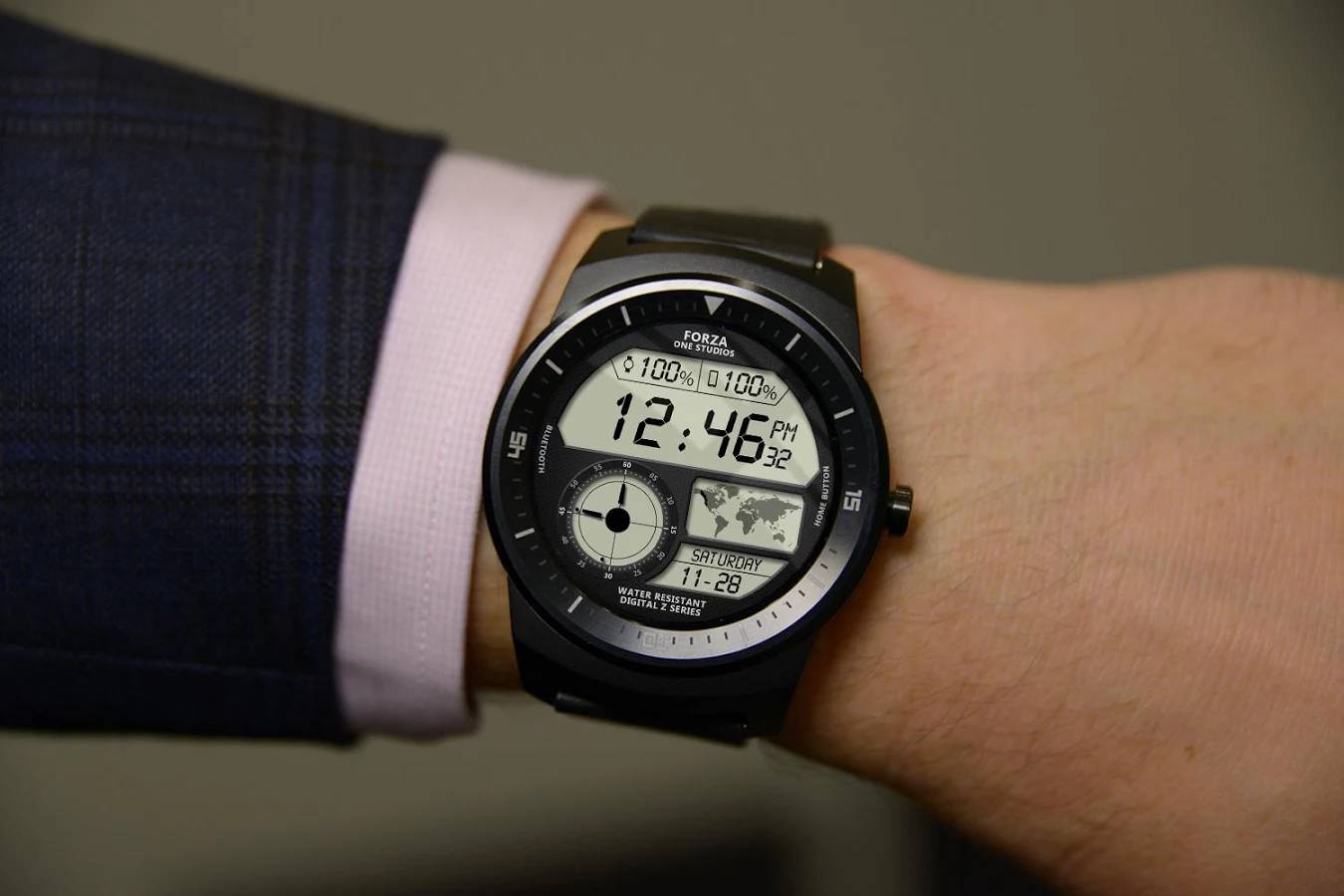 Z04 is the watch face that anyone looking to make the most of the size of their watch should consider. It displays an awful lot of information on the display, has a cool LCD look to it and best of all, it's infinitely customizable as well. There's a lot to like about this sort of style and if you're displeased with the lack of options with other LCD style watch faces, then this might help. 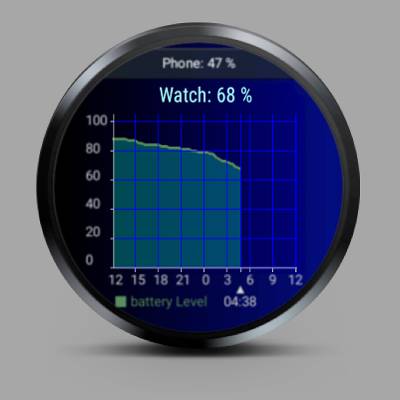 Battery life has always been, and always will be, something to be concerned about, but with Battery Watcher you can keep an eye on your watch's battery as well as your phone's. This works both ways and you can read your watch battery from your phone, and vice versa. It's well worth keeping installed on your device and is nice and clear. 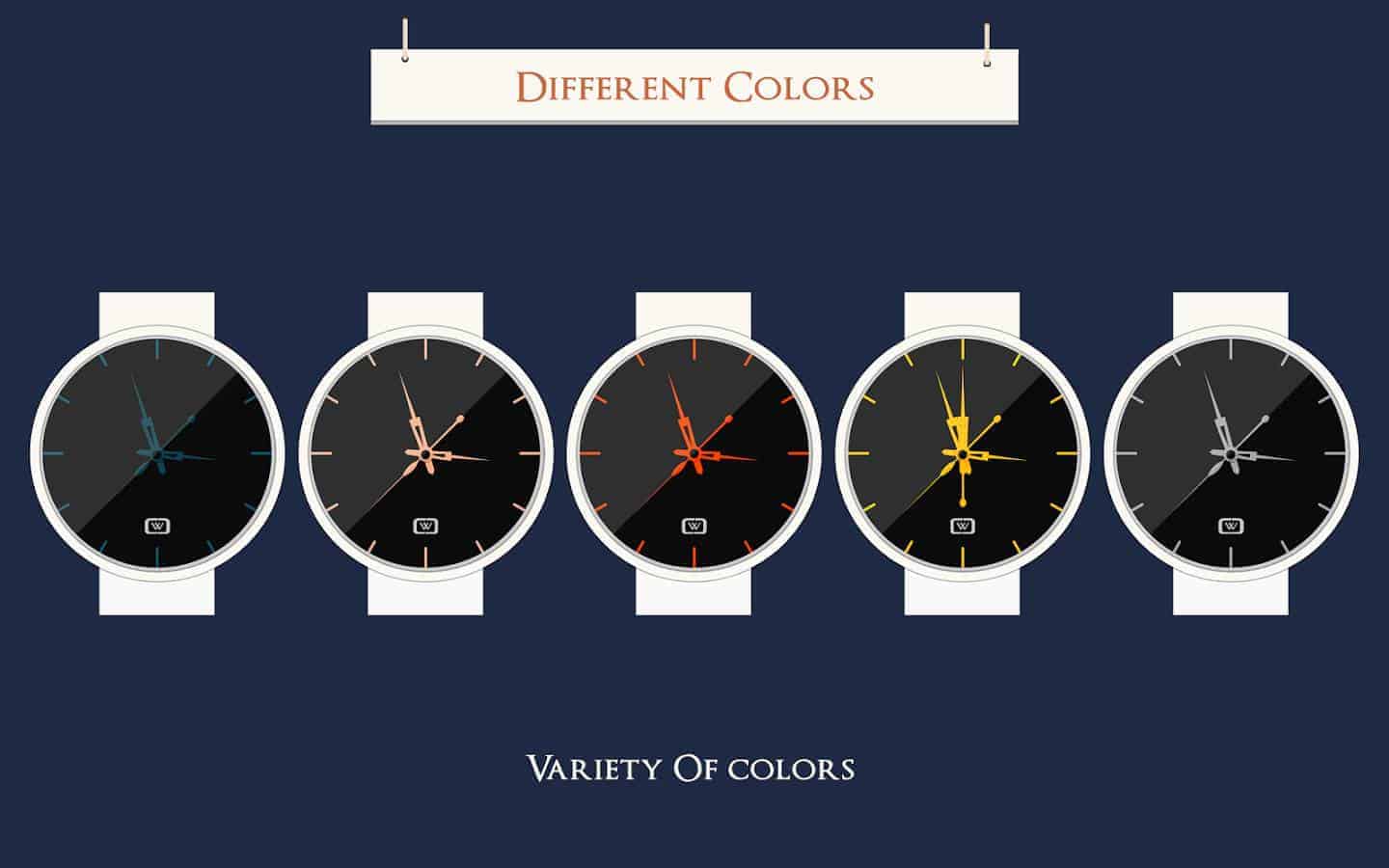 Decent Black is a selection of watch faces for Android Wear that are very simple, very clean and quite minimal. If you're not big on busy watch faces and such, then you'll want enjoy Decent Black. it works with round and square devices, and it has a sort of retro look and feel to it, too. 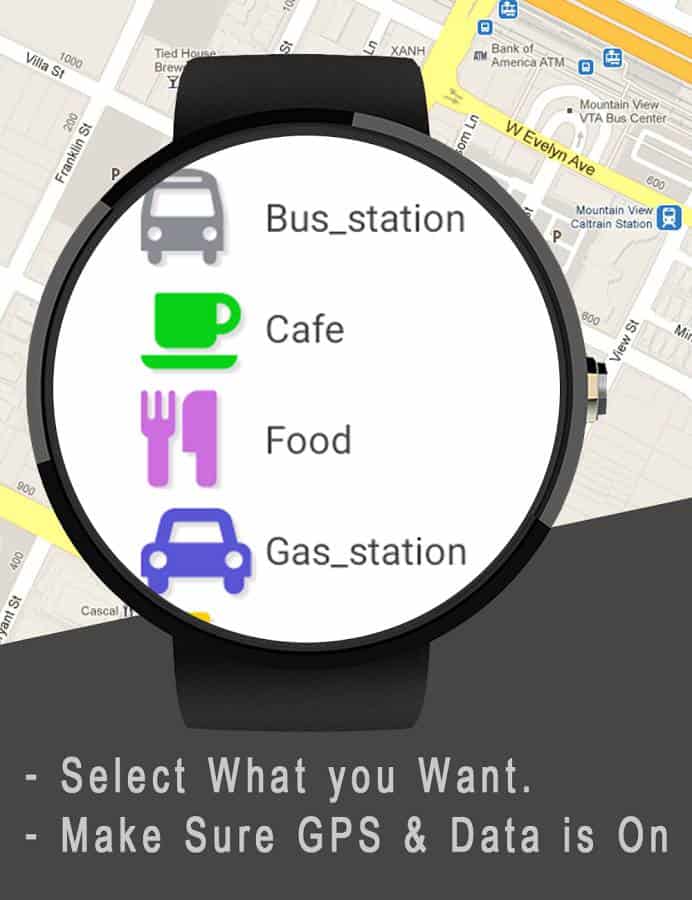 Around me Wear is a classic Android Wear app, it has tons of potential, but it sadly needs some work. The premise is pretty simple, you can find out what's near you as well as get directions to said place right from your wrist. The only problem is that it's expensive and it doesn't quite work as it should. However, it's a work in progress, and we're sure it'll continue to improve over time. 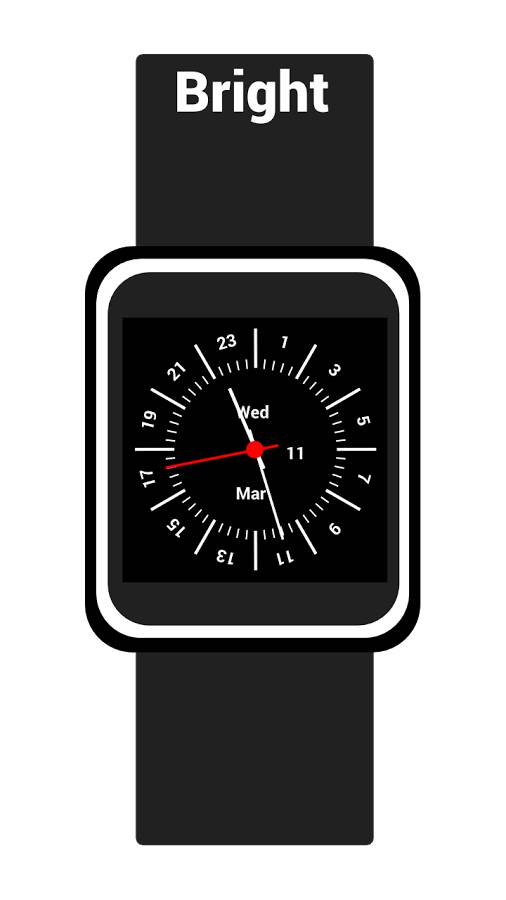 24 Hours is a neat little watch face that turns a regular clock into something with 24 segments, one for each hour of the day. It reminds me a little of both the Slow Watches as well as the Braun style watch faces from Dieter Rams. You can customize things on your watch, as well as on the phone and it's a nice and simple affair that will appeal to fans of the Slow Watch. 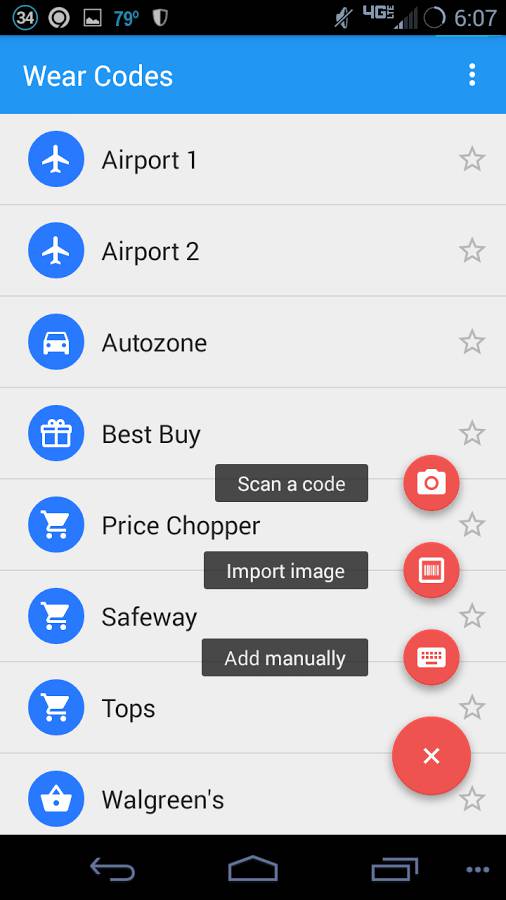 Wear Boarding for Android Wear is, pretty much an app that hopes to fill the gaps. Many Airlines are adopting QR codes as well as Android Wear, but far more of them simply refuse to use it. That's where this little app comes in, and will allow you to create a boarding pass for your wrist. The problem with this however, is that you need to use multiple apps to get an airline boarding pass to work, but it's easier with store cards which the app also supports. 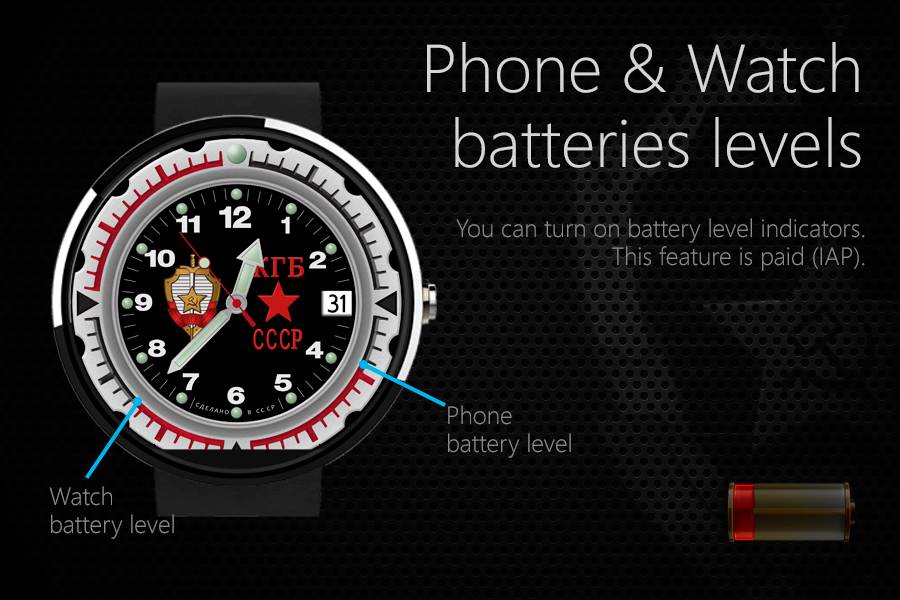 KGB Watch Face is based on the classic "Komandirskie" line of watches produced by Vostok since the 1940s. A fun watch for those obsessed with Soviet Russia as well as 80s action films. It's not exactly the most appealing watch face out there, but it's a nice bit of fun, and will turn that G Watch R into a military timepiece…probably. 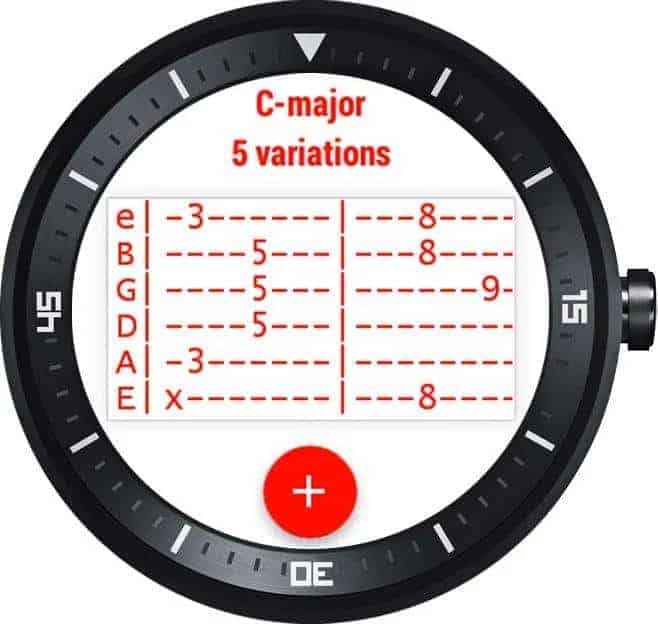 The best display is the one that you have on you, and there's nothing more convenient than the display on your wrist. Guitar Chords Wear makes it nice and easy to look at chords while you're playing, without the need for another display in front of you or the need to keep picking up your phone. Nice and simple, Guitar Chords Wear works okay, but it could do with some refinements in later versions of the app. 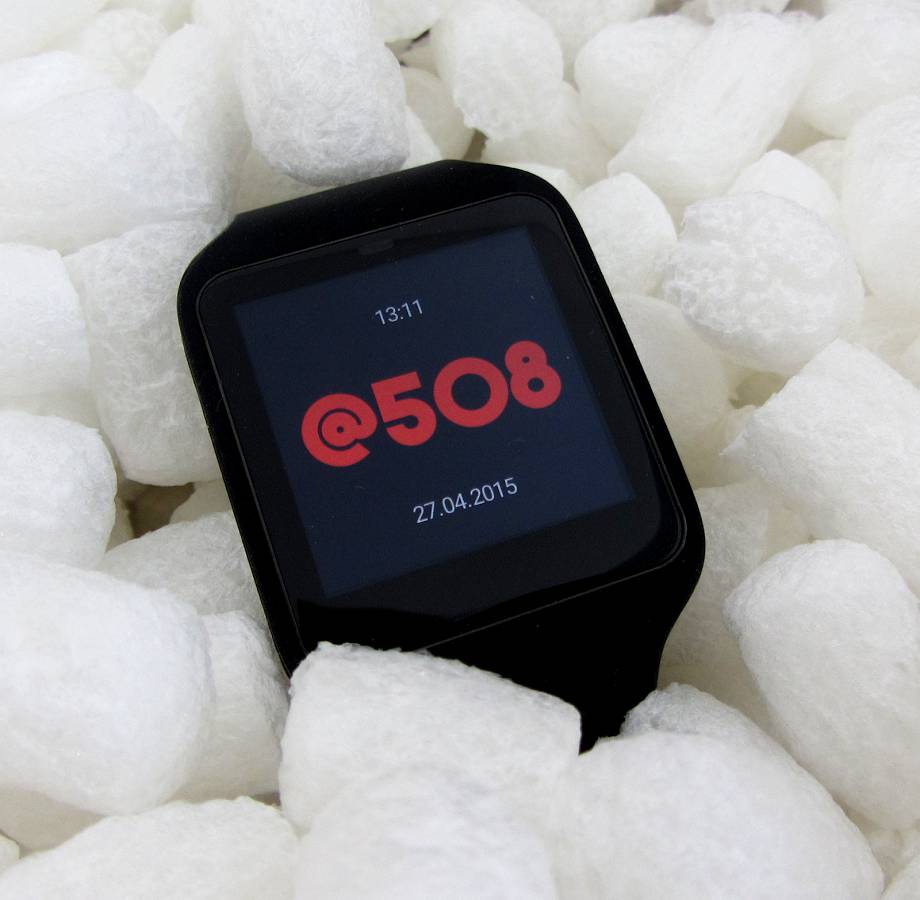 For those that spend a lot of time online, the Internet Watch Face might be the only way to bring that connection with you, at least in terms of a watch face that is. A fun, readable watch face that doesn't try too hard to be something drastically different out there. Now, internet time uses "BMT" as a reference. BMT stands for Biel Mean Time and is basically the same as Central European Time (CET) but does away with pesky summer time. The idea is to divide a day into a 1000 .beats and was invented by Swatch in the late nineties. Ah, the nineties. 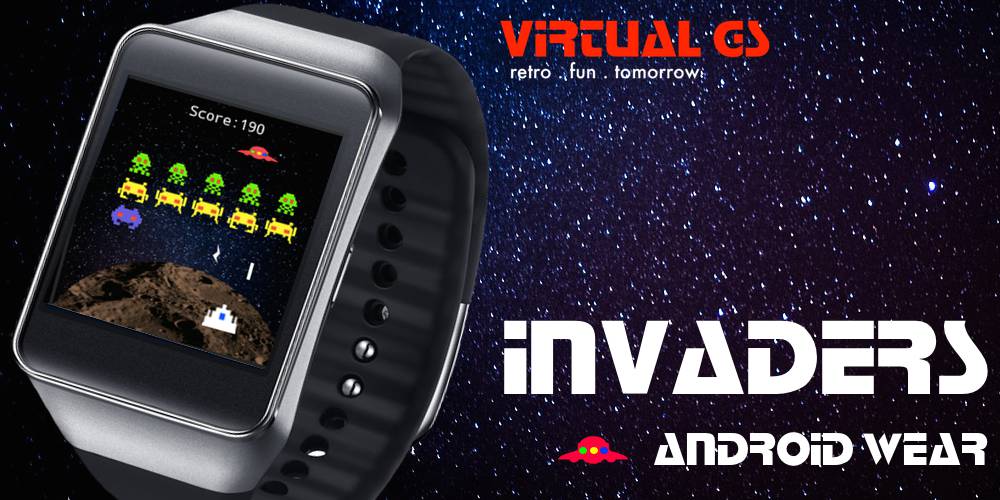 Who doesn't want to play Space Invaders on their wrist? That's right, nobody! This is a simple game, that's for sure, but the nostalgia value for this is easily over 9,000 and we doubt those Apple Watch wearing "friends" of yours will have this on their wrists! Right?