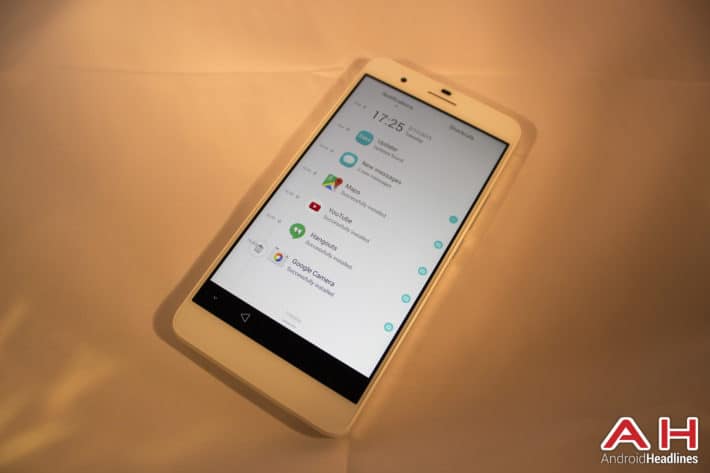 We reported a little while ago that Three would be bringing one of the more exciting Chinese devices to the UK, and today being May 1st is the official launch of the device. The Huawei Honor 6 Plus, also known simply as the "Honor 6 Plus" is an improved version of, you guessed it, the Honor 6. We recently reviewed the device and were pretty impressed with what Huawei had done with their iterative improvement, and it makes for one pretty nice, affordable smartphone.

If this is the first you're hearing of the Honor 6 Plus, we'll fill you in. It's a 5.5-inch device, with a Full HD display, running on top of Android 4.4 KitKat with Huawei's Emotion UI on top of it. There is a Lollipop update in the works we'd expect. There's an 8-megapixel rear-facing camera and the same again around the front, making it perfect for photos of yourself. This is powered by Huawei's own HiSilicon Kirin 925 octa-core CPU along with 3GB of RAM. For all intents and purposes, this is a pretty respectable device, it takes a little time to get used to the user interface, but a quality all-rounded nonetheless.

Price wise, this can be bought either from Three online or Amazon for £299.99 unlocked, which makes it one of the cheaper Android smartphones of this caliber out there. Or, you can purchase it on contract with £19 upfront and plans starting at £24 a month. The nice thing about this being on Three is that there's true Unlimited Data as well as 4G at no extra cost. If you want to go all-in on a contact, you can have all-you-can eat data, texts and calls for £39 a month over 24 months, which is a pretty good deal in today's current climate. While available to order right now, deliveries won't be made until the middle of next week or so, but it is nice to see a device like this become a permanent addition to Three's lineup, offering users an affordable device along with unlimited data.