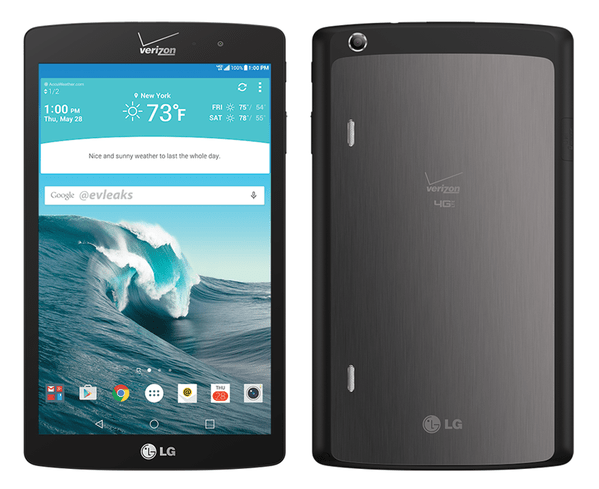 Evan Blass aka @evleaks on Twitter had been a prolific leaker of smartphones and gadgets for long. He has been on a self-imposed break for a while now, but old habits apparently indeed die-hard. He has been back, doing the rounds of Twitter again after a prolonged absence and has been up to his old trick, doing what he does best – leaking unannounced gadgets from top OEMs. In his Tweet a couple of days ago, he revealed that Verizon is apparently readying itself for the launch of several devices from a number of manufacturers including smartphones from Sony and HTC and tablets from LG and Apple. The devices that are likely to come to the big red include the Sony's latest flagship, the Xperia Z4, the HTC Desire 526, which is an entry-level handset with a 4.7 inch qHD (960 x 540) display and running on Android KitKat, a new iPad mini and a tablet from LG dubbed the G Pad X. There is no more information to go by as of now, so it looks like we are going to have to wait a while for things to get a clearer idea about these devices.

A new tweet earlier today gives us the very first look at the LG tablet that's slated to come to Verizon some time later this summer. Verizon already sells the LG G Pad 8.3 LTE from last year (listed at $130 on contract), so this one could very well be either a new generation replacement for that one or a completely new variant, depending on how receptive LG perceives the market to be. While there's absolute no word on the specifications of the new device that is supposedly coming to Verizon, the current G Pad 8.3 comes with an 8.3 inch screen with a resolution of 1920 x 1200 and is powered by a Qualcomm Snapdragon 600 SoC, with a quad-core 1.5 GHz Krait 300 CPU and an Adreno 320 GPU. The device also comes with 2 GB RAM and 16 GB storage out of the box. The Sony phone on the other hand could be the global model of the Xperia Z4 that Sony already sells in Japan. While Sony has steadfastly refused to comment on their plans for an international launch of the device, the current leaks – if proven to be true – may be an indication that the Japanese consumer electronics giant is all set to launch their next-generation flagship on the rest of the world.