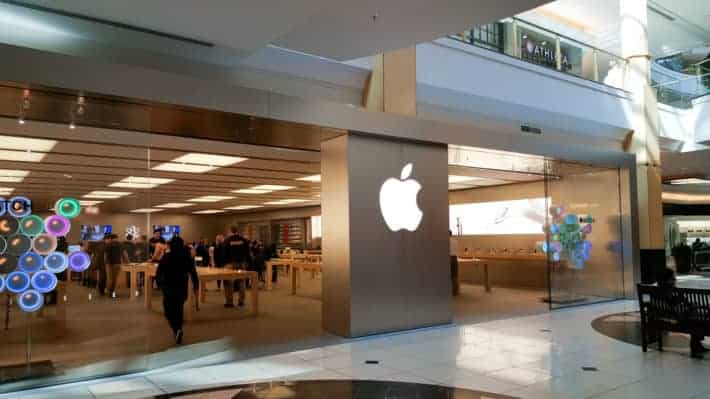 Some of you may remember earlier this year, when the rumors were spreading that Samsung was looking to buy Blackberry. Which rose BlackBerry's stock by about 30%. Once Samsung and BlackBerry came out and stated the rumor was not true and Samsung was not looking to acquire the company, the stock went back to normal. Now, the stock has gone up 6% during yesterday's trading. Based on another rumor, this time that Apple was going to buy BlackBerry. So far, neither company has come out to deny the rumor, nor confirm it.

BlackBerry, formerly RIM, has been struggling for a few years now. Mostly dating back to when Apple and Google's smartphones first came out. Their struggles have only intensified since then. In fact, they have less than a 2% market share worldwide, as of March 2015. Which seems to get smaller and smaller. BlackBerry's executives have tried to turn things around by turning  into a software company. Recently, they brought BBM (BlackBerry Messenger) cross-platform to Android and iOS. It was a hit at first, but it quickly subsided.

On the bright side, BlackBerry has a pretty large portfolio of patents. Around 44,000 patents actually. And BlackBerry is still pretty important to enterprise users, which would make sense for Apple – as well as Samsung – to buy, as they both have been targeting the enterprise market recently. While Apple already has a sizable market share in the enterprise market, Samsung is looking to take some of that away, with their Knox, and teaming up with Google has definitely helped them out, for Android at Work.

There's no doubt that Apple has the cash. They have a huge stock pile of cash just sitting around collecting dust. So they could likely pay BlackBerry in cash for the company today. But will they? Apple doesn't buy companies all that often, and they did buy Beats last year – planning to redebut Beats Music at WWDC in June actually. It would be a good buy for Apple, especially given all the patents that BlackBerry has, and it'd also put BlackBerry out of its misery. As it's getting harder and harder for the company to come back to its former glory.