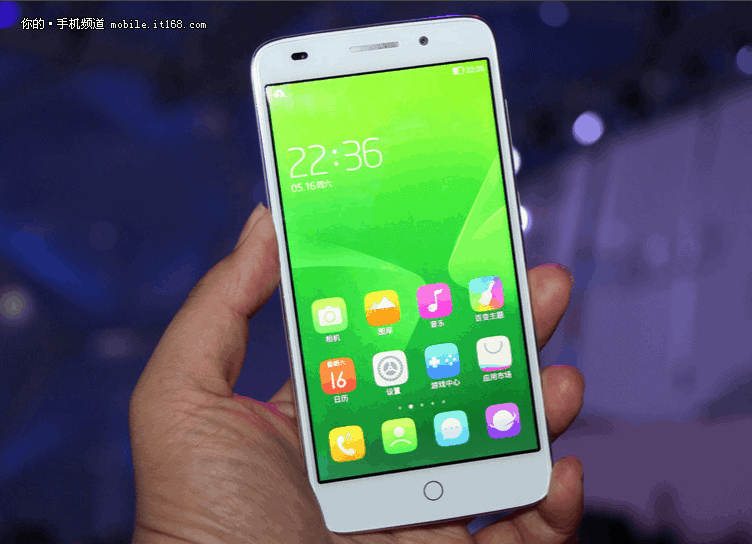 The Chinese smartphone OEM, TCL, has announced their P618L handset earlier this month. That device sports a 5,000mAh battery which is more than enough to power an entry-level handset with a 5-inch 720p display. Well, the company is back to announce yet another handset, though this time around we're looking at a significantly more powerful handset which sports a significantly smaller battery pack. Anyhow, let's see what TCL announced, shall we.

TCL has announced their Meme Da 3S handset which features a 5-inch 1080p (1920 x 1080) IPS display along with 2GB of RAM and 16GB of in-built storage (expandable via microSD card). This device is powered by Qualcomm's Snapdragon 615 64-bit octa-core processor which ships with an Adreno 405 GPU. The 3,050mAh battery is also a part of this package, and the same can be said about the two SIM card slots. On the back of this device you'll find a 13-megapixel camera, below which lies an LED flash. The 8-megapixel snapper is available on the front side of this device, and Android 5.0 Lollipop comes pre-installed here with the company's LeWa (Le Frog) 6.0 OS installed on top of Google's operating system. LeWa 6.0 OS is heavily skinned in terms of the design, similar to a number of other China-based smartphone manufacturers.

The TCL Meme Da 3S is made out of plastic and it has rounded corners, as you can see in the gallery down below, and the phone also sports a capacitive home button below the display. This handset will be available starting May 26th for 799 Yuan ($129), which seems like an appealing price for such specifications. TCL's newest mid-range offering will be available in White color option for sure, while we're still not sure if the company intends to offer some other color options to its consumers. This handset will have significant competition though, the Chinese smartphone market is full of affordable devices and their OEMs are constantly pushing the boundaries. TCL might launch this device outside of China, to other parts of Asia, but we doubt it will leave that continent. Either way, we'll report back if we stumble upon more info regarding the availability of this handset, so stay tuned for that.