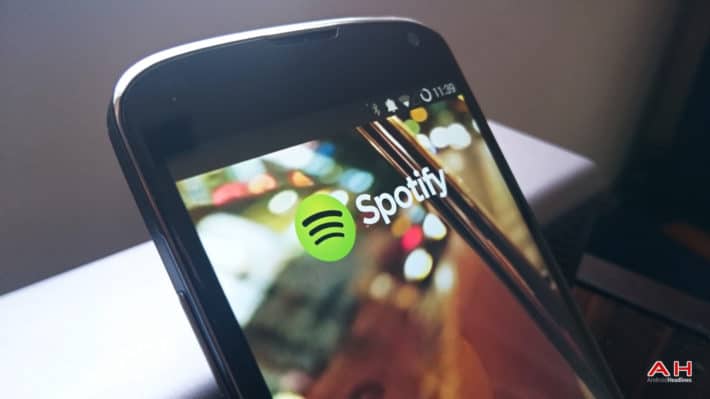 Another piece of exciting news for Android Wear users.  The popular music streaming service Spotify will be reaching wrists with a rollout hopefully in June.  Android Wear software will be seeing small tweaks and improvements over the firmware itself in the coming months, but this update deals specifically with the app development of Spotify and how it integrates with the current version of Android Wear.

In an effort to continually improve the usability of wearables, updates like what Spotify will be providing play an important role in the future.  While maintaining music on a smartwatch isn't a new concept, it hasn't seen much momentum since its original development.  Currently, the functionality is somewhat clunky and cumbersome regarding managing a music streaming service from the watch.  Popular services like Spotify and Google Play for example only allow a pause, play, forward, back, and audio control option as of right now.  Plus, this is hidden from view unless you know that swiping up on the watch will reveal this additional set of controls while audio is playing on your smartphone.  Granted, this does a serviceable job for now whether you're on a run, or perhaps in the car driving, but switching between artists poses a real issue.  The user must pull out their device and make adjustments and eliminate the convenience of using the smartwatch.

With its impending release, Spotify aims to bridge the gap of relying solely on your smartphone.  While we don't have too much information to go off at this time, it has been confirmed the update will allow music browsing directly on the smartwatch.  Based on the limited screenshots posted on the press release it showcases playlists, songs, and albums at the fingertips of the user.  Evidently, some type of browse feature will be implemented as well. For those with older Android Wear devices, this is certainly something to get excited over.  Some of LG's wearables have been the lucky recipient of the awesome changes coming to Android Wear.  While those without an LG product wait for the drawing of emoji's, wrist flicks to cycle notifications, and always on functionality in apps, the Spotify music control will have to tide us over for now.