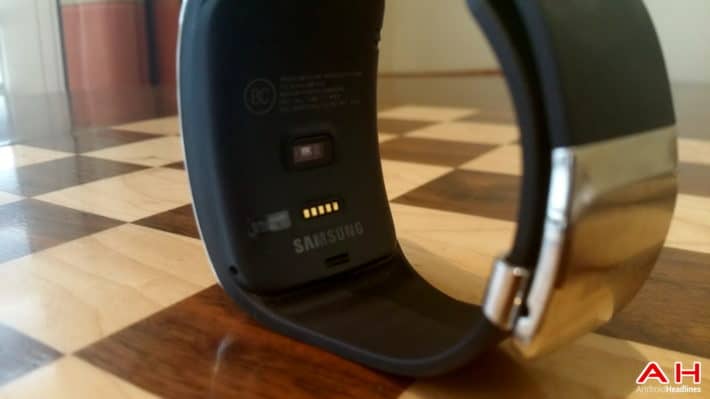 Samsung's latest offerings, the Galaxy S6 and S6 Edge, seem to be dominating the headlines recently. With good reason too. However, it is not the only Samsung product to be filled with speculation of late. For awhile now, Samsung's latest take on the wearables market has also been a headline generator. This is largely because, like the Galaxy S6, Samsung are expected to bring to market a reworking of their smartwatch lineup. Like the Galaxy S6, Samsung are expected to be making sure this one makes an impact when it lands.

As a result, the speculation is high around what is now thought to be called the Samsung Gear A (codename Orbis). The obvious feature which will set the Gear A apart from the other smartwatches Samsung have manufactured so far, is the fact that the the Gear A is a round smartwatch. Another interesting feature which keeps hitting the headlines is the smartwatch bezel. Instead of just being a standard bezel, this one will have some sort of control function built-in. Offering users the ability to control aspects of the watch from the rotation of the bezel.

The only issue with the Gear A seems to be on Samsung deciding when to launch. It was largely rumored that the Gear A would be making a debut appearance alongside the Galaxy S6 at MWC. However, that event came and went without any formal introduction of the watch. Since then, reports emerged that Samsung had delayed the MWC launch and were taking their time with the Gear A. This was apparently to ensure the Gear A is as "perfect" as it can be. Now, the latest news is that Samsung are looking to delay the launch by another few months. Specifically, until they release the Galaxy Note 5, which will certainly debut in the later months of the year. One reason for the most recent delay could be due to the success of the Apple Watch and Samsung looking to distance themselves from the Apple product to try and maximize exposure and sales. Although, in fairness, it seems to make sense for Samsung to hang on until the next big event before releasing their next offering.