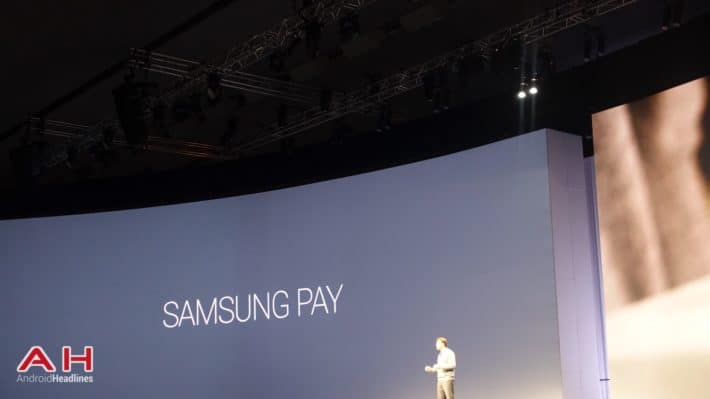 The Samsung vs. Apple rivalry stretches far beyond the physical hardware of their smartphones.  Accessories, wearable's, and even mobile payment systems compete for every last consumer.  In March, we received word Samsung would yet again be challenging Apple, ironically, for everyone's wallet.  Samsung Pay, a system developed to provide end users with the ability to pay for goods and services via mobile device, is set to launch later this year to directly contend with the already useable Apple Pay.  Interestingly enough, the Korean manufacturing giant sent out an email to its existing users of an older designed app payment platform called Samsung Wallet.

For those unaware, Samsung does have a pseudo mobile payment available right now in the Google Play Store.  Originally launched in 2013, Samsung Wallet was designed to provide the exact same functionality as the once touted Passbook app created by Apple.  The purpose of these apps is simple.  Provide an all-in-one storage container for coupons, tickets, gift cards, and a whole host of other non-banking related items.  The limitations of these once groundbreaking developments are obvious.  No actual NFC tied bank pay system.  Sure, Samsung Wallet makes claim you can link your PayPal account to the app, but the functionality to make payments with that feature has never come to fruition.  Sadly, in a rather vague email, the Samsung Wallet team has set a termination date of June 30th, 2015 for this service.  What does this mean for existing Samsung Wallet users?  The note states, while coupons clipped will no longer be available after that June 30th deadline, any tickets or reservations stored will be accessible.  And, most obvious, the app will no longer be support or updated.  While we don't have a firm date yet for Samsung Pay, you can imagine this is most likely a step towards its impending release.

Samsung Pay will address a lot of the issues and limitations experienced with the Samsung Wallet application.  Ultimately, what makes this payment system different (and more versatile than Apples) is the housing of both NFC and MST (Magnetic Secure Transmission).  With strategic acquisitions of companies like Loop Pay,  MST will allow transactions to occur with standard POS systems most retailers currently use.  This will subdue the need for additional hardware and added expense businesses would endure to support a mobile payment system.  As even clearer details arrive on Samsung Pay, we will be sure to provide those in the coming weeks.