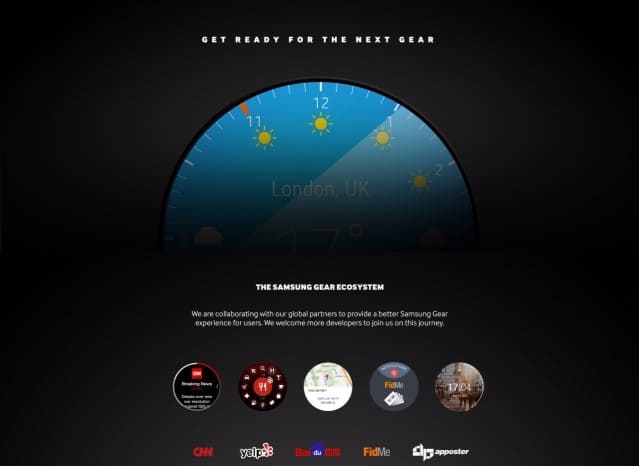 Samsung just announced the SDK – Software Development Kit for their Next Generation SmartWatch. A few days back Samsung announced a plan for developers that asked them to apply for an early access to the Software Development Kit. Developers, who applied for the early access of the SDK for the new SmartWatch Gear can now download the SDK from Samsung's website. An SDK is a complete tool that provides a developer with a fully functional Integrated Development Environment that usually has a Graphical User Interface. Software Development Kits usually have an emulator for running the developed applications on the computer for testing purposes. They are also equipped with some sample applications that are easy to understand and lets the developers learn from them. Samsung is providing the Tizen SDK for their Tizen Powered SmartWatch so developers can start building new Apps for the watches or check the compatibility of previously developed applications.

Samsung's current release is Tizen SDK 2.3.1 RC7, with downloads available for 64-Bit Macintosh OS X, 32-Bit Ubuntu Linux, 64-Bit Ubuntu Linux, 32-Bit Windows, and 64-Bit Windows. The Tizen Software Development Kit is a comprehensive set of tool that provides Web API for wearable devices and a WebKit that is a layout engine which can be used to render web pages and test designed web applications. The Tizen Software Development Kit would provide a complete set of tools for developing a dynamic web application, test the developed applications, and also emulate them to run on any one of the wearables of Samsung.

Samsung is also providing a whole set of documentation for their SDK to developers to guide them in developing applications. The documentation consists of an Install Guide followed by a certificate guide. It also features User Interface design guidelines. The most important part here is that the documentation also hints a rotating bezel design of the next generation SmartWatch. The rotating bezel will be used for navigation through applications and in scrolling. Users won't have to repeatedly tap on the screen to get the content adjusted, or scroll all the way down for the content, instead they can rotate the outer bezel until they get the desired result. If you are a developer and want to sign up for the early access to the SDK, then check this out.