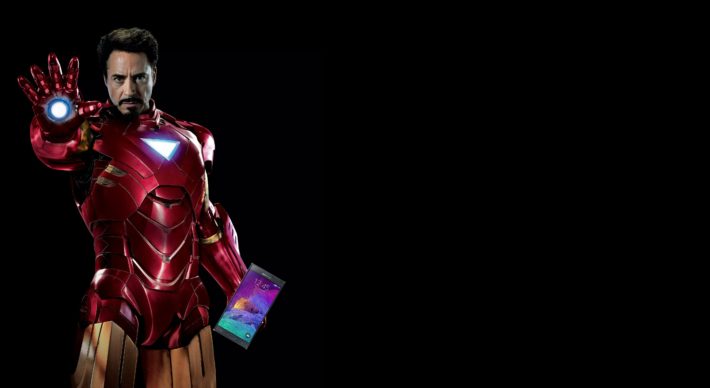 Until Samsung released the Galaxy S6 and S6 Edge, the Galaxy Note 4 was the top level device. The Note 4 was released towards the end of 2014 and offered at the time bleeding edge specification. There are multiple versions available with some being based around an internal Exynos processor and others being based around the Qualcomm Snapdragon 805 processor. All come with the QHD, or 2,560 by 1,440 pixel, resolution Super AMOLED screen and one of the trademark images of the Note line, the S Pen. There's an optically stabilized 16MP rear camera, 3 GB of RAM and, unlike the newer S6 and S6 Edge, a replaceable battery and MicroSD card slot. The Note 4 might not be the very latest Samsung device but if you crave a replaceable battery and MicroSD slot, it is the latest device from the Samsung stable that you would be considering! The Note 4 is a smartphone fit for a hero.

From some corners it might be considered a little strange that Samsung are promoting the Note 4 rather than the Galaxy S6, but given that the S6 has stolen a lot of the industry limelight at the moment and that the Note 4 is mid-way through its yearly run, it makes perfect sense. It's also possible that Marvel wanted the largest canvas to promote the Avengers or that Samsung and Marvel inked this deal some time ago and it has been delayed. Whatever the reason, the first qualifying 4,300 new purchasers of the Samsung Galaxy Note 4 between the 4 May and the 1 July 2015 will receive a special set of four Avengers-themed cases to those first lucky 4,300 customers buying the Note 4 between the 4 May and the 1 June 2015.

Samsung have valued these cases at a total of $200, which looks a bit steep even given the Marvel Avenger theme and beautiful artwork, if they are indeed simply clip-on cases designed to give a little protection to the back and sides of the device. It's possible that the cases are somewhat better than the normal Samsung official branded snap-on units, but there's no word of this on the offer website (see the source below). And we know that sometimes Samsung's own branded cases are a little on the expensive side of things: but $50 for a simple case? The fine print of the deal cites that the offer is only available to the first 4,300 legal residents of the United States, including the District of Columbia and Puerto Rico, aged at least 18. As supplies are limited, the offer is available on a first come, first serve basis. Customers need to complete the form with their device and receipt in hand. 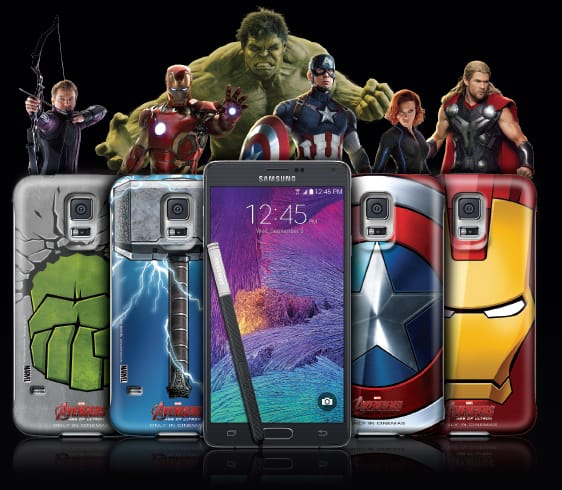