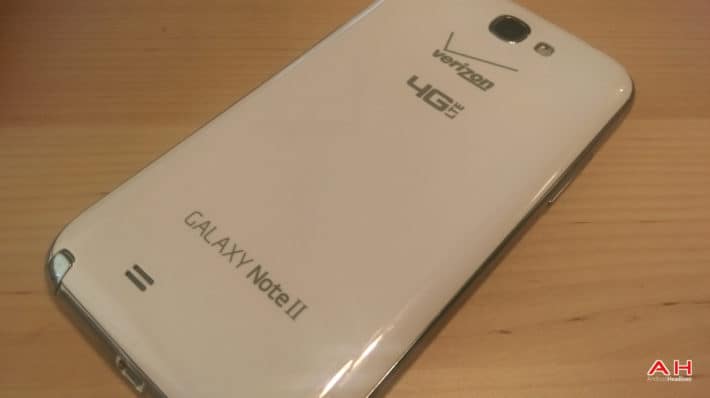 Over the past weeks and months, the Android 5.0 (Lollipop) news has been ongoing. In fact, not a day seems to pass without some form of Lollipop news hitting the headlines. More often than not, the news revolves around the update finally being pushed to a certain device. Or at least, planning on being pushed to a device. In fact, it was only a couple of hours ago when the news came through that the Sprint Galaxy S4 was receiving its Lollipop update. Well, another Samsung device which has been waiting some time for an update to Android 5.0 is the Galaxy Note 2.

To some, it might seem surprising that the Note 2 is getting Lollipop at all, seeing the device is beyond what is considered to be the supported period. However, when it has to come Lollipop, Samsung does seem to have been making a genuine push to bring the update to as many of their devices as they can. The Samsung Galaxy Note II being one of them, In fact, it was all the way back in February when the news came through (from Samsung Poland) that the device was going to receive the update. However, since then the news emerging about when the Note II would receive the update, has been slow coming. In fact, towards the end of March came reports suggesting that Samsung have yet to even begin working on the update for the Galaxy Note II.

Well, on that point, it seems the latest coming down the wire is that the Galaxy Note II will indeed receive Android 5.0. That said, it will not receive it everywhere. The latest information is coming from tweets send out from Samsung DK. The tweets confirm that the Note II will receive the update to Lollipop, but, whether a particular device receives the update will depend on the region. As Samsung Denmark puts it, it will vary from "market to market". Of course, the latest information does not provide any details on which markets will receive the update (besides Denmark where the Note II will be getting Lollipop), nor does it provide any details on when the update is due to roll out. Howveer, it does at least remind Note II owners that they have not been forgotten about.