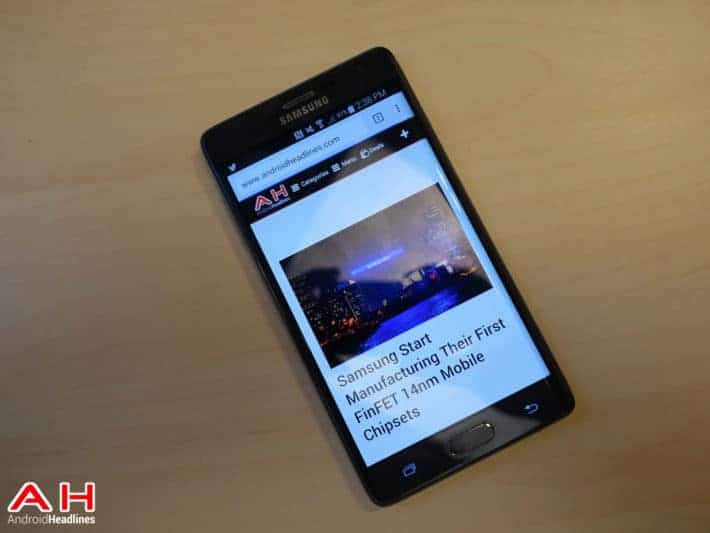 The changelog that T-Mobile has posted on their site shows that it brings everything you'd expect from Lollipop – if you've used a Galaxy Note 4 on Lollipop, it'll be largely the same. It should bring a faster UI, with a few UI changes. We also have the new interruptions settings (which may or may not be a good thing) as well Smart Lock, which is one of my favorite features. As well as a ton of other Lollipop features. Unfortunately, this is not Android 5.1, so there's likely to be a few bugs still floating around in this build. So keep that in mind. We've seen a lot of people revert back to KitKat, especially on skinned Android devices like the Galaxy Note Edge.

Android 5.0.2 update from Samsung on the Galaxy Note Edge is available now via OTA. So you can head into Settings > About Phone > System Updates > Check for Updates and see if you can pull down your update. It's likely a slow rollout at first – mostly to be sure that no one experiences any severe issues with the update, like their device bricking. If you don't want to wait, you can also download the update through Kies and update it using your computer. You'll want to have Windows though. We still suggest waiting on the OTA, as it's much easier and less likely to have any issues, compared to using Kies.

So now we are just waiting on Verizon and AT&T to update their Galaxy Note Edge variants. Now that we have Sprint, T-Mobile and US Cellular out of the way, it shouldn't be too much longer for AT&T and Verizon. We'll keep you updated as to when those two get their Lollipop updates.