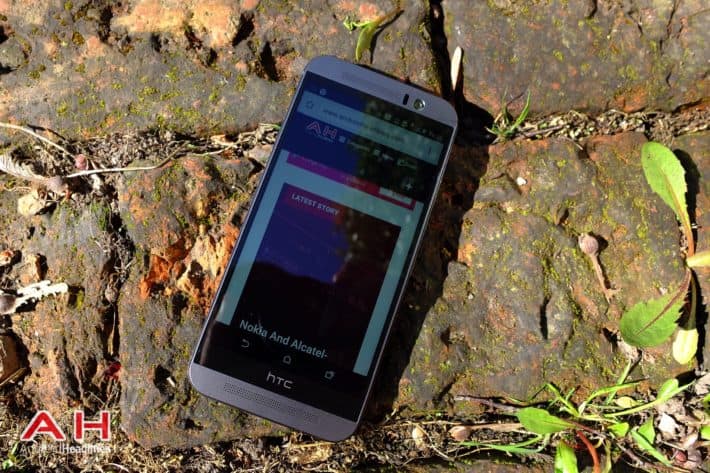 Earlier this year, HTC unveiled the HTC One M9 during Mobile World Congress 2015 and it was hardly the smash hit that Samsung's Galaxy S6 and Galaxy S6 Edge seem to be. There are many reasons that HTC fans both new and old alike scratched their head at the One M9, not least because it was so similar to the previous generation One M8. Now, it seems like the M9 could be responsible for poor results from April of this year, or at least that's according to a recent report from Taipei Times.

According to Taipei Times, revenue for the month of April fell by 38.66 percent to NT$13.54 billion (US$439.95 million) from NT$22.07 billion (US$719.24 million) a year earlier, which is a pretty significant drop, and last year's figures weren't even that great to begin with. Some analysts are saying that the HTC One M9 is to blame, with an unnamed analyst from Yuanta Securities Investment Consulting Co saying that "Revenue for last month was weaker than expected, which was due to poor M9 demand."

Some are saying that the Snapdragon 810 is to blame, and that the heating issues with the processor, as well as the fact that it doesn't offer that much of an upgrade over last year's Snapdragon 801 and Snapdragon 805 processors. However, it's more than likely something much simpler than that. After all, the average consumer doesn't really care about what piece of silicon is underneath a smartphone's display, they just want to know that they're purchasing something good. With specs like a 1080p display in a world of Quad HD displays, and a design that looks awfully similar to something from 2013, it's no wonder people are beginning to look elsewhere. For HTC, there's always going to be the issue of marketing as well. The company has consistently struggled to get their message across to consumers and with Samsung buying up so much advertising, it's hard to compete with that sort of exposure.

HTC have offered their investors a sales forecast of NT$46 billion (US$1.49 billion) to NT$51 billion (US$1.66 billion). This gives HTC little time to make the remaining NT$32.46 billion to even meet their low-end forecast, and the likelihood of that happening is pretty slim. Hopefully, the HTC One M9+ can help bring the company back to the top in China, a lucrative market for any smartphone manufacturer.