Boy do we have a good one for you today…and I mean that sincerely.  China’s new Xiaomi Mi Note Pro (4G LTE version) goes head-to-head with one of the South Korea’s sweethearts, the new LG G4.  This is going to be a great battle of specifications and after glancing over their specs, I have to tell you that I have no idea which device will win this comparison until we delve more into the actual devices to weigh the pros and cons.

These two devices do have several things in common – the are almost identical in physical size and display size, with the Note Pro coming in at 5.7-inches and the LG G4 measuring in at 5.5-inches.  Speaking of displays, both are using the QHD, IPS LCD technology with a resolution of 2560 x 1440 pixels.  They both sport a Qualcomm processor, although different models.  Their cameras are very similar – 13MP on Note Pro and 16MP on LG G4 – and both main cameras have autofocus, dual-tone LED Flash and include OIS and both have a larger front-facing camera (FFC).  They both have a great sounding speaker with the Note Pro’s on the bottom and the LG G4’s across the lower back. They also both come with a 3000mAh battery – non-removable on the Note Pro and removable on the LG G4.  They both offer a few of the usual suspects – Wi-Fi, GPS and a microUSB port for charging and data transfer, although Xiaomi dropped the ball with no NFC capability. 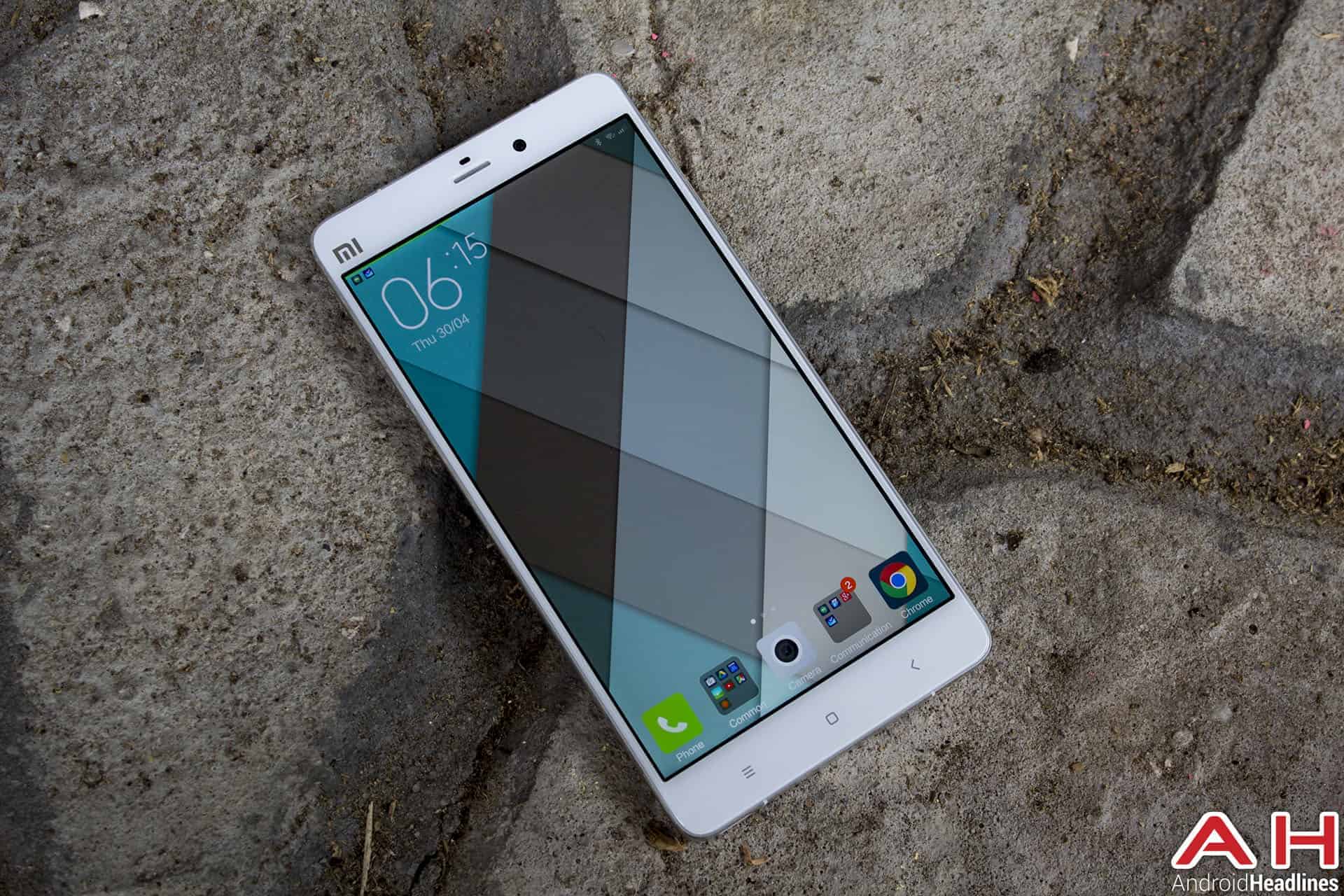 Xiaomi has always been known for offering well-built devices at reasonable prices and this is never more apparent than on the new Xiaomi Mi Note Pro.  It is a real work of art, premium art, with its all glass and metal construction.  It uses Gorilla Glass 2.5D for the display – which means that the glass edge is slightly angled downward – and the back of the device uses Gorilla Glass 3D – which means it actually curves up, in a ‘cup-like’ fashion.  After all of that technology is placed inside, these two pieces of glass are held together by a metal band and it fits and feels great in your hands…not to mention giving it a very premium look.

The Mi Note Pro is a true flagship in every sense of the word – it sports a 5.7-inch QHD IPS LCD display with a resolution of 2560 x 1440 and 515 pixels-per-inch (PPI) versus the LG G4’s 5.5-inch QHD display with 538 PPI.  Xiaomi uses the best Qualcomm processor on the market (at least spec wise) – the 64-bit octa-core Snapdragon 810 with four cores clocked at 1.5GHz and the other four clocked at 2.0GHz.  This goes up against the Snapdragon 808 in the LG G4…a 64-bit hexa-core processor.  The Mi Note Pro packs a full 4GB of DDR4 RAM vs 3GB of the older style DDR3 RAM in the LG G4.  The Note Pro includes 64GB of fixed internal storage with no room for expansion.  The LG G4 has only 32GB built-in, but does allow room for expansion of the internal storage.

The Note Pro’s main camera uses a 13MP Sony sensor with an aperture of f/2.0, autofocus, dual-tone LED Flash and OIS compared to the 16MP on the LG G4.  The Mi Note Pro uses a nice sized 4MP UltraPixel FFC for social media selfies and video chatting compared to the new 8MP FFC on the LG G4.  The battery is a non-removable 3000mAh, which is the same size as the removable 3000mAh battery found in the LG G4 and both should get you through a normal day of usage.  Both devices, thanks to their Qualcomm processors, offer Quick Charge 2.0.

The Xiaomi Mi Note Pro is a dual-SIM device.  It does have a large bottom mounted speaker and has enhanced audiophile circuitry for better listening through headsets or external speakers.  It is running the latest Android 5.0 Lollipop with Xiaomi’s heavy MIUI 6 running on top and comes in black, white or gold.  It works on the following bands – GSM: 850/900/1800/1900MHz; WCDMA: 850/900/1900/2100MHz, FDD LTE: 1800/2100/2600MHz (US LTE networks) and we would recommend double checking with Xiaomi and your carrier to make sure it will work for you.  It will cost you approximately $599 off-contract and should be available in late May. 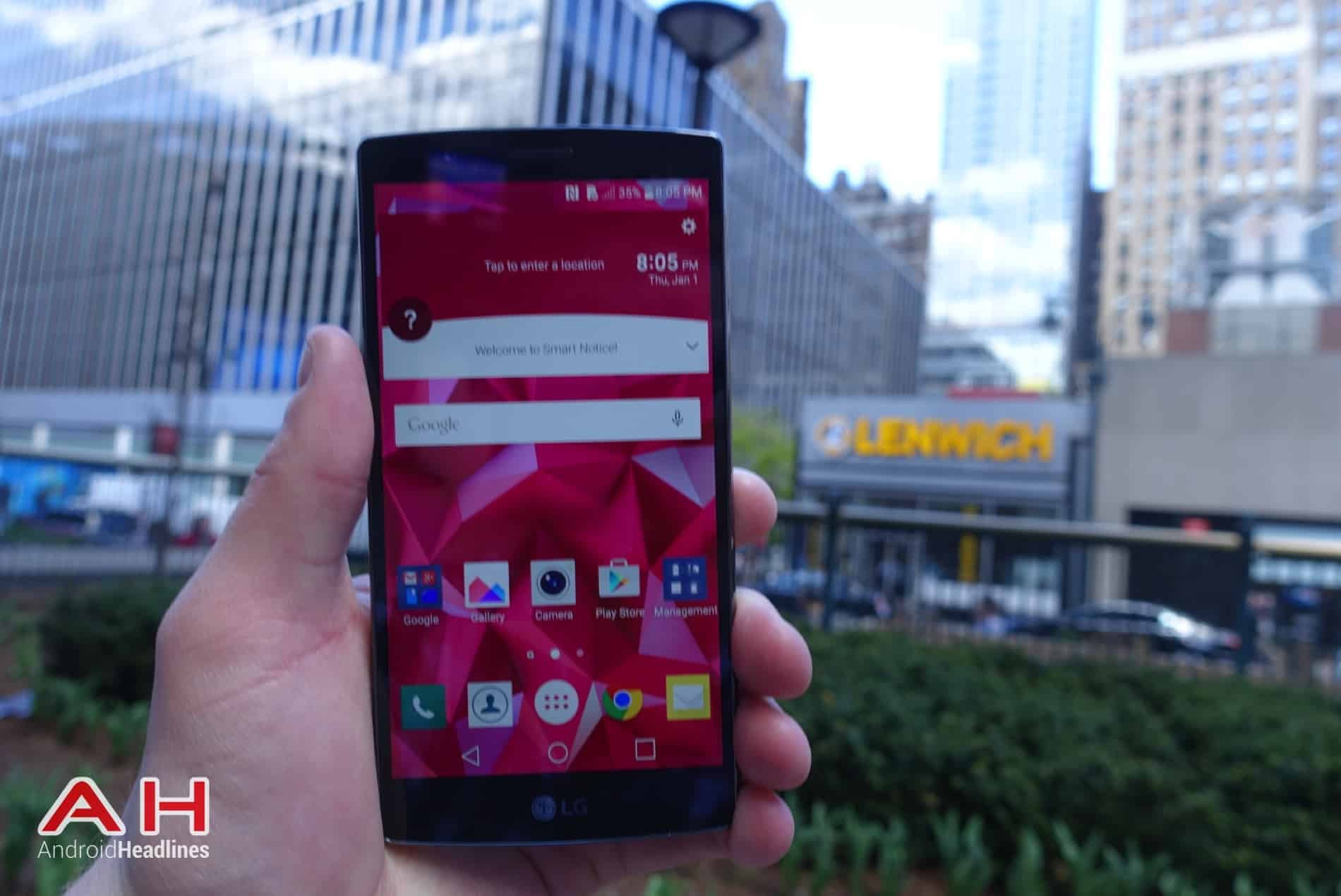 There are not too many surprises with the new LG G4.  Last year, LG introduced us to the world of the QHD display on the LG G3, so the LG G4 is really an evolutionary update with the mandatory new processor and camera improvements.  However, LG took a leap when they redesigned the display to be much brighter and use less power.  The new device is slightly larger than last year’s and LG added a slight curve to the device – not a huge LG G Flex 2 kind of curve – but just enough to make it more comfortable to hold.  Along with an improved metallic looking backing, for $50 you can special order a real leather one in that is also available in several colors.

The LG G4 sports a 5.5-inch QHD LCD Quantum display with a resolution of 2560 x 1440 pixels and 538 PPI…and in line with the Note Pro’s QHD display with 515 PPI and the only difference being in the Note Pro’s larger .2-inch display.  LG claims their improved display allows for a 25-percent brighter display with a 50-percent increase in the contrast and 56-percent improvement to the color accuracy…and you can really tell the difference over the duller display on the LG G3.  With the increase in contrasts and brighter colors, it is almost approaching AMOLED quality.  LG decided to pass on the Snapdragon 810 that they used in the LG G Flex 2, and instead grabbed up Qualcomm’s 64-bit Snapdragon 808 hexa-core processor.  The 808 is slightly below the 810, but is optimized for the LG G4, will run cooler and should be easier on its battery.  It is packing 3GB of RAM and 32GB of internal storage, but also has room for expansion via a microUSB card.  The Note Pro opted for the Snapdragon 810, offers up 4GB of the faster DDR4 RAM and 64GB of storage, however, it has no way to expand on the 64GB of memory.

The camera on the LG G4 is first rate with a 16MP sensor, laser autofocus, dual-tone LED Flash, and a wide f/1.8 aperture for better shots in low light and OIS+.  The LG uses a large 8MP FFC camera that also includes the wider f/1.8 aperture lens and it should take excellent selfies and provide great video chatting.  The Note Pro only has a 13MP sensor with a smaller f/2.0 aperture, but does include OIS, and a smaller 4MP FFC camera for its selfies and video chatting, but is the UltraPixel technology from the HTC’s camera and should help in low light.  The LG G4 uses a removable 3000mAh battery, compared to the non-removable 3000mAh on the Note Pro.

The LG G4 does offer optional Qi Wireless Charging and its controls are easily accessible on the back of the device.  It includes a built-in FM radio and IR Blaster.  It also incorporates some great software features like knock-knock.split screen multitasking and a great Pro Mode on the camera app.  The LG G4 comes in a variety of colors, both metallic and leather.  It will cost you about $200 on a two-year contract and about $650 off-contract. 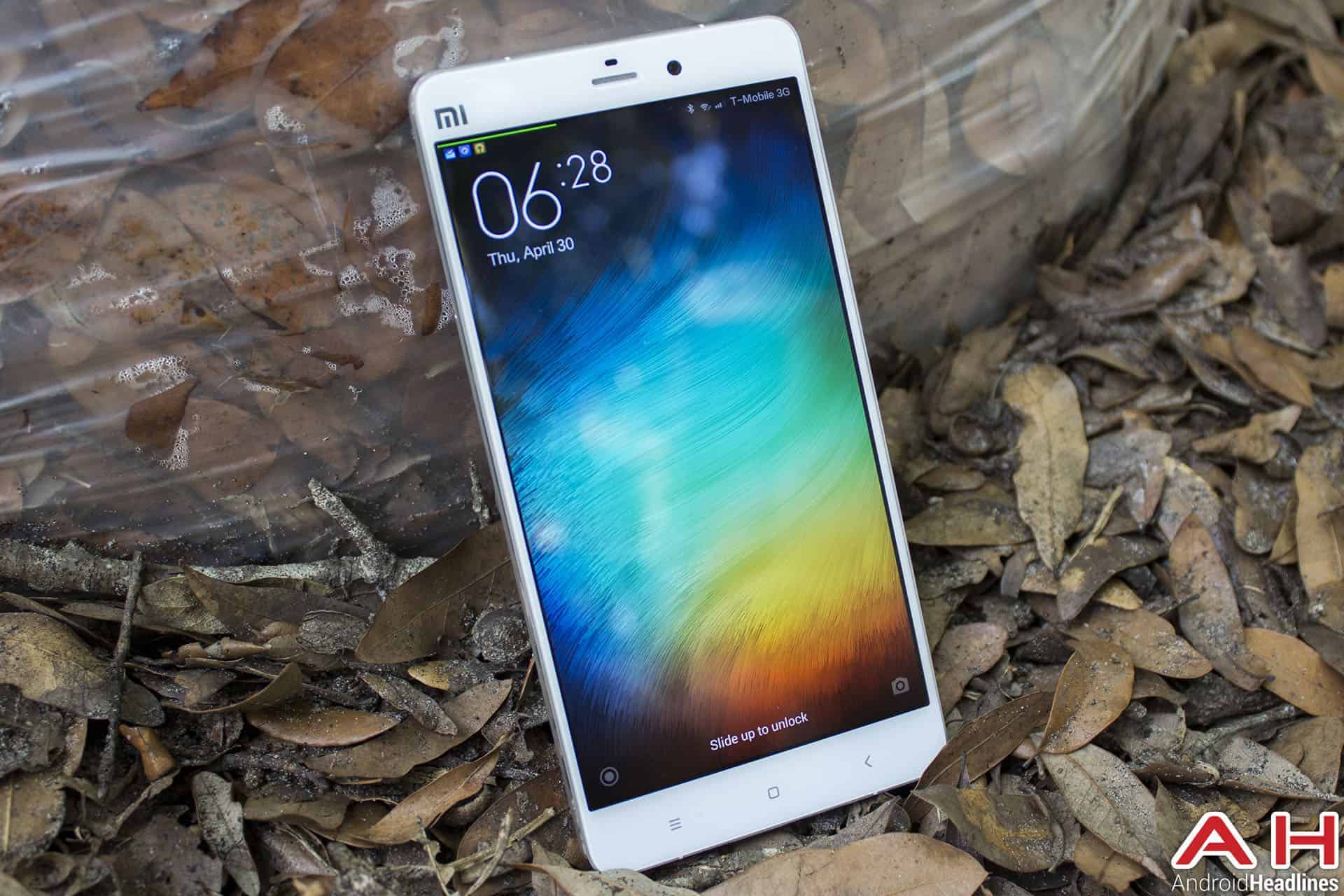 This was a very tough decision, and whether I want to admit it or not, the Xiaomi Mi Note Pro simply out-specs the LG G4 in almost all areas.  It has the excellent LCD display made by JDI, it uses the newer Snapdragon 810 octa-core versus the 808 hexa-core – although the jury is still out on the 810 – it also offers 4GB of DDR4 RAM, which is 1GB more and faster technology than the DDR3 RAM in the LG G4 and comes stock with 64GB of memory.  It offers an audiophile’s dream in hardware with two amplifiers that allow the Note Pro to actually drive up to 600-ohm headphones and much more.  Camera features are excellent and should satisfy most people.  The construction of a metal unibody with Gorilla Glass on both the front and back makes the Note Pro a much more premium feeling device, although the leather looks damn nice on the LG G4.

Did Xiaomi drop the ball on a few items…for sure?  They did not include NFC capabilities, or include an FM radio with that great sound ‘system.’  There is no IR Blaster, which is somewhat strange since Xiaomi sells HDTVs and there is no notification light.  Xiaomi also decided to include 64GB of storage space, but not an expansion slot and they could have included wireless charging with a sealed glass back, as Samsung did with their new Galaxy S6 series – LG makes it an option on the G4.

Both devices are terrific and bring a lot to the table, but for the money, the Mi Note Pro will give you more to eat – only you can decide if you will walk away satisfied.