OnePlus is a China-based company which was founded back in December 2013. This smartphone manufacturer has announced their first (and to date only) device, OnePlus One, back in April 2014. That smartphone has been regarded as one of the best devices in 2014, not only because of its specifications and Cyanogen’s software running it, but because of its price. The OnePlus One was extremely affordable considering what it had to offer, though there was a catch, you needed to have an invitation in order to buy it. The invitation system was widely unpopular, and you can now freely purchase the One directly from OnePlus, but, unfortunately, that very same system will be back when the company introduces their flagship this year.

Speaking of which, we’ve talked about the OnePlus Two quite a few times thus far. This handset is expected to see the light of day sometime in third quarter of the year, and this time around it will probably ship with the company’s new Oxygen OS (or Hydrogen OS, depending if we’re talking about international or Chinese model) because OnePlus and Cyanogen had a fall out and are not partners anymore. That being said, the OnePlus-branded handset (A2001) has made an appearance on Geekbench a couple of days ago, and has now popped up in China once again, though with a slightly different model number.

The OnePlus A2003 has surfaced on ludashi.com and showed off its partial specifications. According to the listing, this handset will feature a 1080p (1920 x 1080) display along with 3GB of RAM. The listing also confirms that Qualcomm’s Snapdragon 810 64-bit octa-core SoC along with an Adreno 430 GPU for graphics. This SoC was actually already confirmed by the company’s CEO, but there you have it. The phone will also allegedly ship with a 13-megapixel rear-facing camera, and a 5-megapixel front-facing shooter. This thing sure seems like a OnePlus Two, but we cannot confirm that at the moment. The company’s CEO also talked about the OnePlus One’s successor a while back, and it seems like the device will be priced at 2,499 Yuan ($404).

Now, the rumors are saying that this handset might launch as soon as May 28th, when the company intends to unveil the Hydrogen OS. If this is, in fact, OnePlus Two, that launch date seems a bit off. Many reports and some hints from the company’s employees all mentioned Q3 as the release date for the OnePlus Two, but who knows, perhaps the company decided to launch it early. Either way, stay tuned, we’ll report back soon. 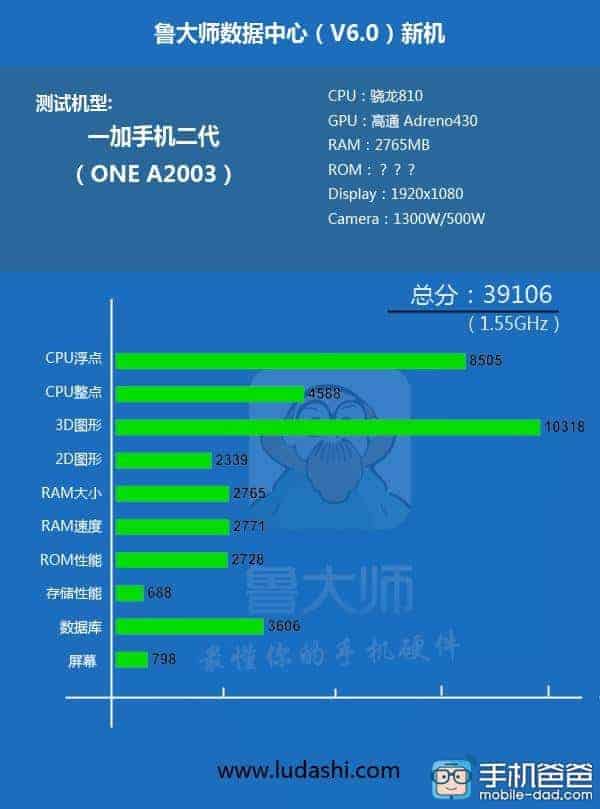