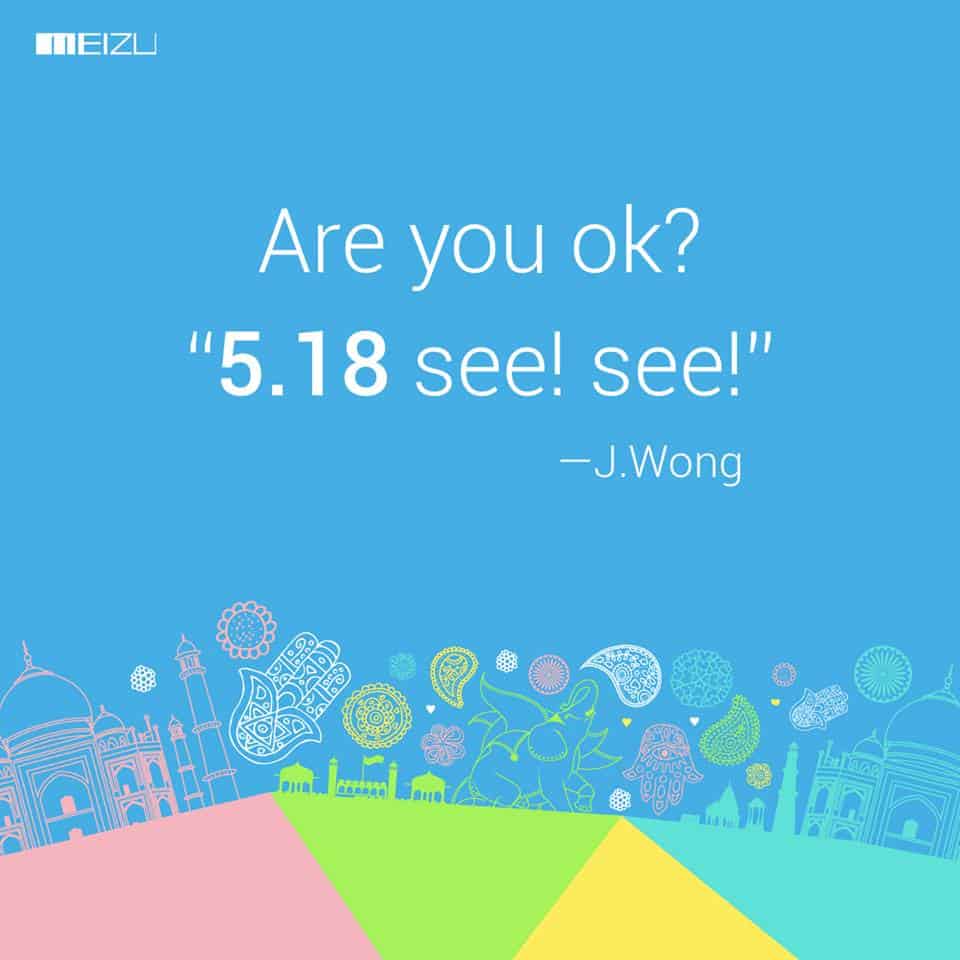 Meizu has been talked about quite a lot lately, a number of Meizu-branded devices have leaked recently along with some additional news regarding this company. The Meizu MX5 and M2 Note have been leaking like crazy over the last couple of weeks, and even some info surfaced regarding the Avengers-themed MX4 and M1 Note handsets. We're not here to talk about any of those at the moment though, but about something else entirely. Back in March, Meizu has teased the company's arrival to India, though we had no idea when something like that might happen. Well, the exact release date has been published, read on.

This China-based company is one of the fastest growing Chinese smartphone manufacturers. Alibaba, one of the world's biggest e-commerce companies, and a mobile processor manufacturer MediaTek, have invested in this company recently. Meizu has released a number of compelling devices last year, and many Indian consumers have been waiting for those devices to hit India. Well, the company has now announced via social media that it will enter India on May 18th, as you can see in the provided image.

Which device(s) will Meizu announce first? Well, it is highly likely that the M1 Note mid-ranger will get announced first considering it has been listed on Snapdeal for quite some time now. Meizu might opt to release more handsets though, MX4, MX4 Pro and / or M1 announcements are also possible. This announcement is only 4 days away, so we'll find out what's what really soon, and the info might even leak ahead of the announcement, so stay tuned for that.

India is the second biggest smartphone market in the world, and it makes all the sense in the world Meizu wants to start doing business over there. This Chinese smartphone OEM is nowhere near Xiaomi and Huawei as far as sheer sales numbers go, but they've shown great improvement in the last year or so. Comparing December of last year with March of this year, Meizu has basically doubled the amount of devices they were able to sell, and the recent investments might help this company grow even further.