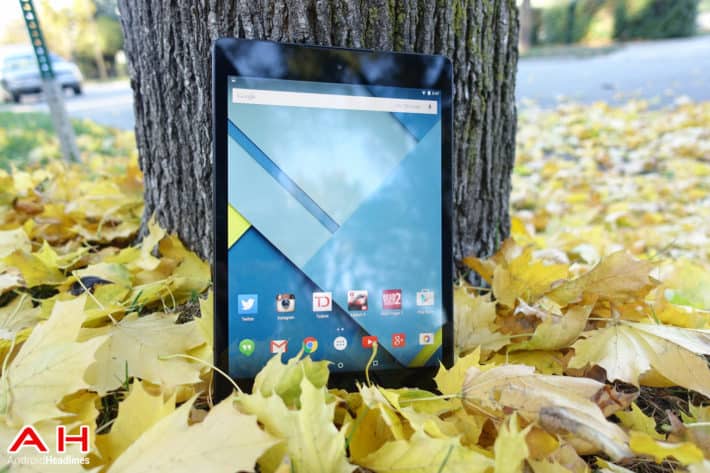 If you're the proud owner of an HTC Nexus 9 tablet, Android 5.1.1 has probably been at the forefront of your mind for the better part of a month as you've watched the other Nexus devices continue to advance to the latest version of the Lollipop software while you sit there, waiting. The good news is that the OTA download has already started to hit some devices, which means it is officially starting to roll out to users. In what capacity is unclear still and it's also unknown as to how long it will take for all Nexus 9 owners to receive it, as well as if this is only for U.S. models at this point in time.

For now this is just the software for the WiFi only model, so if you're using the LTE you'll still have to continue waiting for your carrier to push through the software. In addition to the OTA rolling out, the OTA has already been captured and transformed into a download link for anyone wishing to flash the OTA package manually without waiting for it to come to their device over-the-air. If you decide to flash the software manually you'll want to be sure of the steps involved as you're loading on the software via an unofficial method.

Users can also choose to flash the official factory image for the Android 5.1.1 Nexus 9 software as Google has released the factory images to the official nexus factory image web page. This gives users two options for taking the software into their own hands and getting it loaded onto their device without having to wait for it to come through over-the-air. Seeing as how it could take days before it reaches some users, those who don't like to wait for the latest and greatest no longer have to and can move forward to Android 5.1.1 Lollipop from this moment on. This will bring the Nexus 9 up to build number LMY47X and is about a 401MB download so make sure to clear some space if you're someone who generally doesn't have a lot of it left over. If you're not sure how to flash the factory images you can do so by following this handy little guide here at this link. If you're using the OTA file instead, you can grab the OTA file here.