It isn't entirely clear why the HTC made Nexus 9 device has yet to be updated to Android 5.1 Lollipop. The device was one of the first Android devices to be launched with a 64-bit processor and in the case of the Nexus 9, it comes with a dual core, 2.3 GHz, 64-bit Nvidia Tegra K1 system-on-chip. This particular processor, the Nvidia K1-64, is backed up by 2 GB of RAM and 16 GB or 32 GB of internal storage. The K1-64 processor is based around the Denver core, which has interesting processor architecture that includes a significantly large cache designed to store application code that has been optimized for the processor code. Nvidia forego a more conventional "out of order" processor design and instead give the device a powerful, deep core designed to execute code in order. To improve performance, Nvidia has given the device a powerful Dynamic Code Optimizer or DCO. The DCO is designed to optimize ARM code in order to improve the processor core's performance. The DCO robs the device of 128 MB of system memory but means that the tablet has very high performance when running code that it has pre-optimized. Because performance is important to Google and HTC for the Nexus 9, perhaps Google are carefully fine tuning the device.

Although we have seen Android 5.1.1 running on the Nexus 9, it is still unclear as to when the over the air update will arrive or, for that matter, when the downloadable images will arrive for the newer tablet. Perhaps we will have to undergo the Nexus 9 being updated to 5.1 first, followed by 5.1.1. 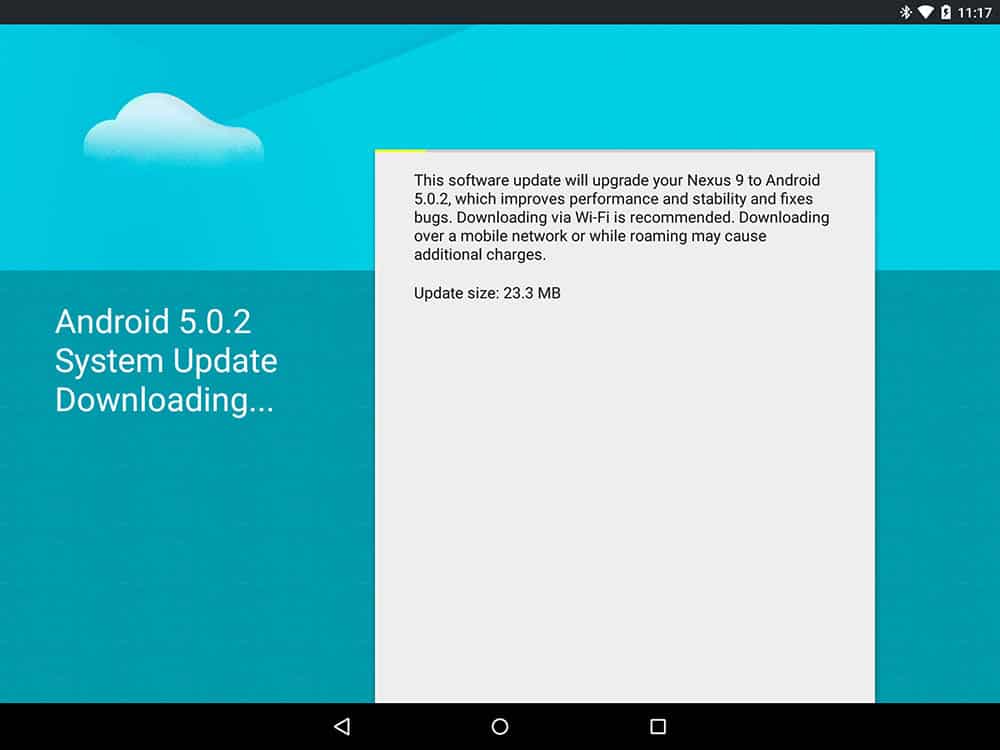