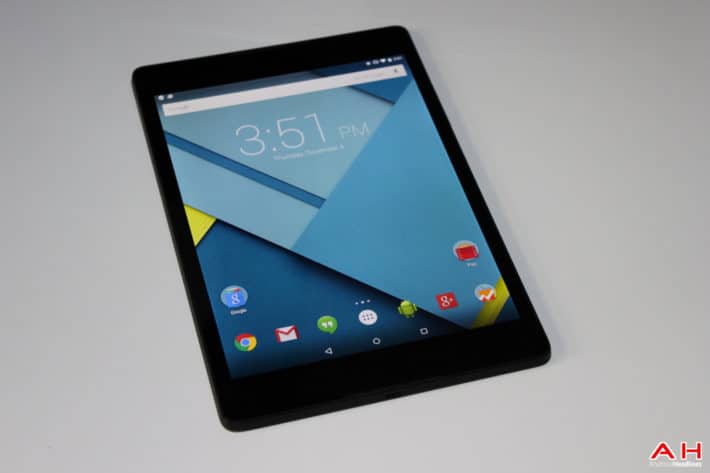 Part of buying a Nexus device is the assurance that you're going to receive timely updates for Android as Google releases them.  After all the Nexus program is Google's own range of devices, manufactured by different companies but inherently designed to Google's specifications and developed for in-house by Google.  While most Android-powered devices take months for the process of developing and approving updates, the Nexus devices will generally take days to get updates once Google published the source code to the Android Open Source Project.

With the launch of the Nexus 9 this schedule appears to have taken a serious turn for the worse and owners of Google's latest and greatest tablet have been wondering when their next update is going to actually drop.  Let's go all the way back to November of last year when Google announced and subsequently released the tablet shortly afterward.  HTC was the surprise manufacturer of the tablet with an Nvidia chipset powering the experience, a combination that we really haven't seen before and the first tablet HTC has made in many years.  This was the first tablet to launch with Android 5.0 Lollipop, marking the quick jump into Lollipop.  Android 5.0.1 was released on December 2nd for the tablet, a quick bugfix patch that helped a few owners breath easier on a day-to-day basis.

At this point in time that was the last update Nexus 9 owners have seen.  Since then other Nexus devices, including the ancient 2012 Nexus 7 tablet, have received not only Android 5.0.2 but Android 5.1 and Android 5.1.1 as well.  Paint definitely dries quicker than the Nexus 9 gets updated without a doubt, and while we've been told the update should happen very soon there's no reason not to be skeptical at this point.  We've taken a look recently at how living with the Nexus 9 feels and for the most part it's a great experience, if not a big on the buggy side.  Given the abhorred nature in which Google seems to be treating the Nexus 9 it's a wonder if they've outright canceled support for the tablet as a whole sometimes.  Angry users have setup a site letting you know exactly when the tablet will finally receive that update, with an easy yes or no banner at the top of the page for quick Google Now-like glances.  Check that out below and make sure to keep it bookmarked to find out just when Google finally gets around to updating the tablet!