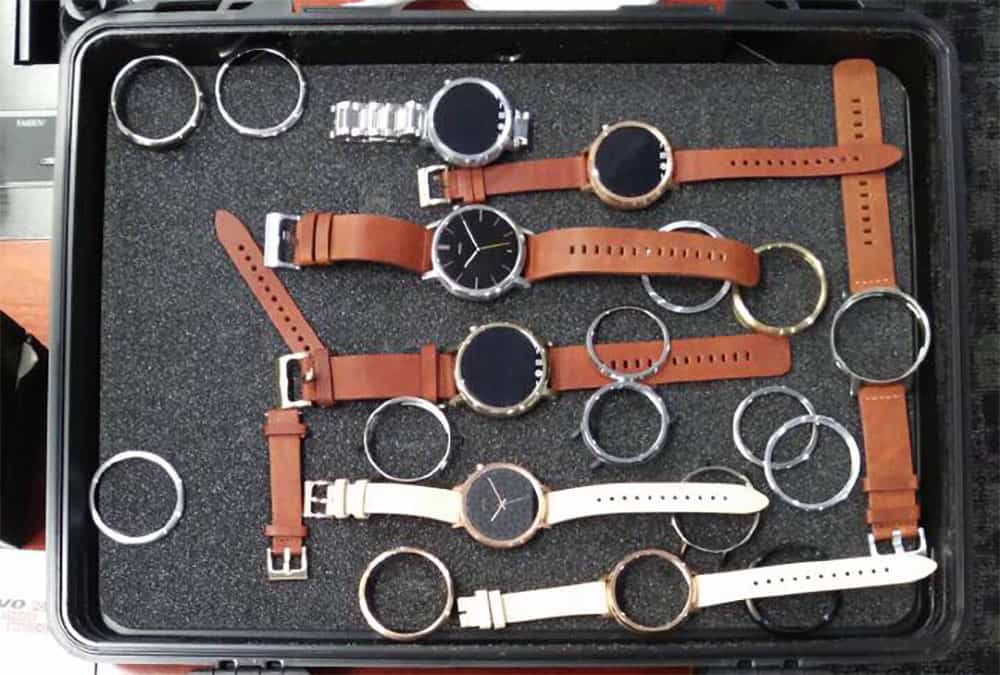 2014 was certainly the year of many new Google, specifically, Android based platforms. One of those which seemed to be of particular interest was Android Wear, Google's take on a more unified android platform for all things wearable. Well, since the launch of the platform, there has been offerings from pretty much all the big players in the android world. Of course, some took longer than others to bring their options to the market while others, like Samsung and LG, seemed to bring as many as they could to the market.

That said, Motorola played a much more interesting game in the terms of Wear. They were not as quick out of the door as Samsung or LG, but what they did do was take their time with their offering. Not to mention, they decided to make theirs a little different to the rest, with a rounder display. This seemed to prove to be a masterstroke as when the company did announce their offering in the form of the Moto 360, the world seems fascinated with it. Needless to say, the Moto 360 quickly became a big hit with android users. As such, the rumored sequel to the Moto 360 is now one of the most hotly awaited smartwatches of 2015.

In terms of what is on offer, little is still known, although reports have suggested it is going by the codename "Smelt", not to mention the device seems to have been leaked back in March by Lenovo's CEO and seems to sport a fully round display. Well, the latest on the second generation Moto 360, is that it might have just passed through the Bluetooth SIG website for certification and qualification. Now, there is no clear indication that this is the Moto 360 2nd gen. However, the item which has passed through, is listed as a "Motorola android device", runs Bluetooth 4.1 and comes with the model number BTMW03. In particular, it is the model number which is the most revealing as the original Moto 360 was labeled with the model number BTMW01. Therefore, the number, combined with the android natured device and Bluetooth does suggest this just might be the next gen Moto 360. Of course, whether this means it is any closer to being released, is anyone's guess. Although, the timing would correspond with rumors heard back in November that the second generation was due to arrive early 2015. 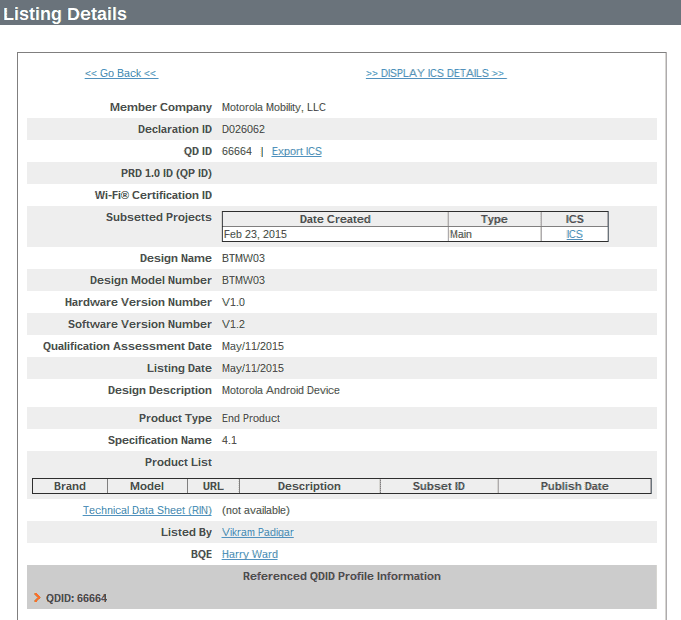