The Motorola DROID Turbo, released exclusively for Verizon back in October, is a spec lover’s dream. In contrast to the Moto X, which historically has had simply good enough specs for a flagship, Motorola went all in on the DROID Turbo’s hardware. It was also built like a tank, bucking the trend of thinner is better and introducing a novel material to the phones backside: ballistic nylon. Though it does not exude the curvy, refined beauty of the Moto X the DROID Turbo had an appealing design, particularly the black ballistic nylon version; ruggedly alluring in a fashion similar to a rocky coastline. Months after the DROID Turbo’s release it seems Motorola isn’t finished tweaking the phone’s design, as starting May 28th new variations of the ballistic nylon version with colorful accents will be made available.

Though not an earth-shaking departure from the original DROID Turbo the new accent colors give the previously black on gray on black design of the DROID Turbo some additional style points. The accentuated colors contrast with the ruggedness of the phone’s design in a surprisingly cool way. The new versions opt for vibrant yet inoffensive colors on the front speaker grill, the power and volume buttons, the ring around the camera, and the DROID logo on the lower back panel. A surprising omission this time around is the Verizon tramp stamp found above the DROID logo on previous version; a very welcome change that makes the design look drastically cleaner. The new colors include Metallic Blue, Metallic Orange, and Metallic Violet (see image below); the Metallic Violet version, pictured above, looks simply awesome.

The new versions will be available online or in Verizon stores for $20.83/month with a Verizon Edge payment plan, $99 with a two-year contract, or $499 for a factory unlocked unit (recently dropped from its $599 release price). Considering the specs of the DROID Turbo are on par or better than the current crop of flagships released this year, a slight face-lift is really all it needed to be a very competitive option. For the price, the just over 6-month-old phone offers a solid amount of value for your dollars. The redesign is a welcome step forward; the new colors are novel and give the phone new life. 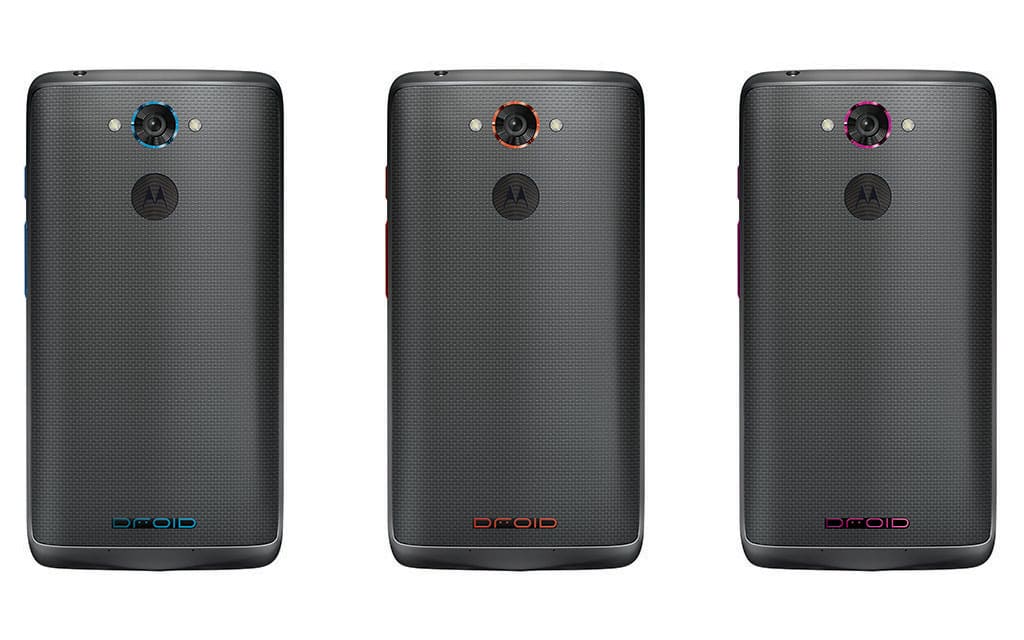