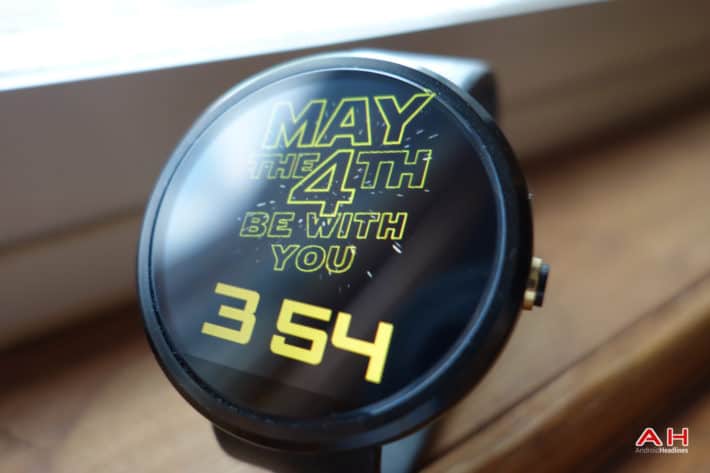 Last week Motorola unleashed a sweet little deal for Android Wear enthusiasts and those interested in picking up a smartwatch. The Moto 360 would be discounted by $70, bringing the total cost down to $179.99 instead of the original $249.99 is normally costs, and it would stick with this pricing until 5/12 which is Mother's Day. Today, Motorola is reminding people of this great deal via email as they celebrate Star Wars and the May 4th date. While the Moto 360 deal is not new, they are in addition to this, having a one-time-only deal which starts tomorrow and ends tomorrow for the 2nd Gen. Moto X.

Tomorrow only, Motorola will be offering everyone a chance to pick up the 2014 Moto X for a whopping savings of up to $225 off the original cost which is normally $549.99 for the 32GB model, or $599.99 for the 64GB model. It's worth noting that this deal is for the non-contracted Motorola Moto X 2nd gen. and doesn't apply to the models you get with a carrier contract, basically it's for the unlocked models only. For tomorrow's deal, you'll be able to grab either size Moto X for just $349.99 or $374.99 for the 32GB and 64GB models respectively. Motorola reminds customers they can customize their Moto X's via the Moto Maker tool, keep in mind though that these listed prices only apply to the cost of the device as it comes with standard options. If you opt to include a wood back or any other additional extras, the price will jump up a bit.

The sale starts promptly at 11 a.m. CT, which will be 9 a.m. for those of you on the west coast. The sale will end the following morning at 10:59 CT which will be 8:59 here on the west coast. So you have a full 24 hours to pick up the phone, and who knows maybe you'll grab a Moto 360 to go along with it as the two devices do make a great pair. As for when the actual sale for the Moto 360 ends, it will be May 12th as we stated above and it will end at the same time as the deal for the Moto X which is 10:59 CT. 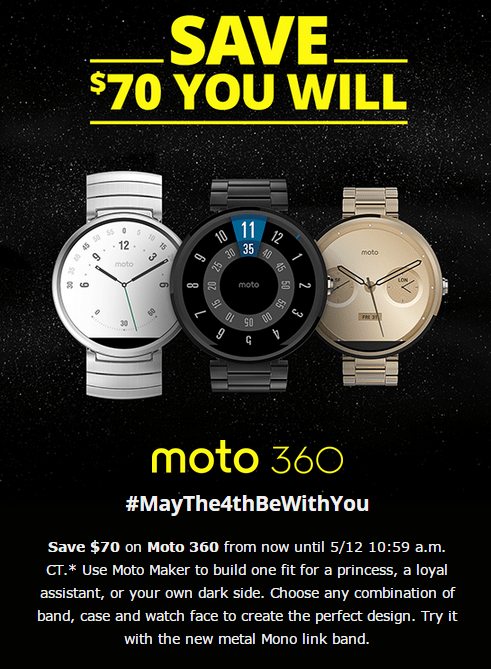