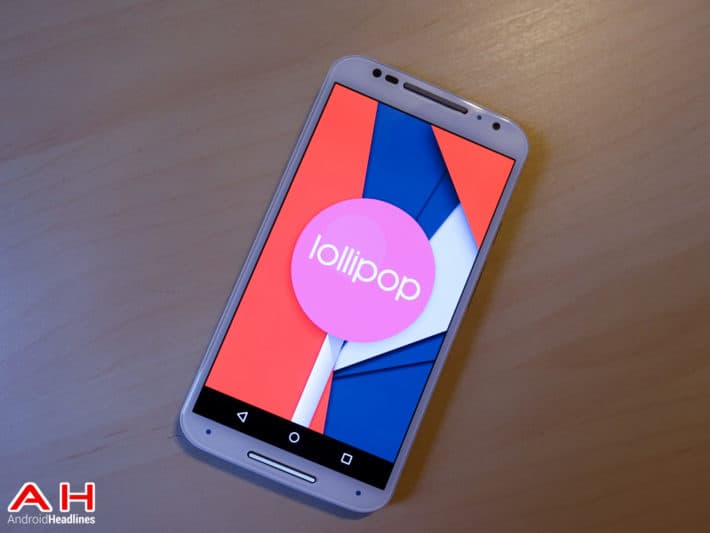 Motorola on Thursday announced they have begun a "soak test" limited rollout of Android Lollipop 5.1 to Moto X (2nd Generation / 2014) users who purchased their devices in Brazil. According to their blog post, handsets brought from "select retail partners" throughout Brazil are qualified to receive the OTA update, though the list of select outlets was not published.

Aside from all the changes Google baked into the Android 5.1 update, Motorola has whipped up a new software feature for Moto X owners. It's a new Moto Action they've dubbed "Chop twice for Flashlight". The feature is activated exactly as how the name implies: turn the phone sideways like it's a knife, and do a chopping motion twice to turn on the Flashlight. To turn it off, chop twice again. Super simple, and pretty convenient for when you're lost in the dark and need a light ASAP.

It's worth reiterating that Motorola is rolling out this update to Brazil in a limited way for now, so hang tight if you're not one of the lucky selected participants. No word yet unfortunately regarding a more detailed update release schedule for Moto X users, but rest assured that you and the rest of Brazil and the world will receive it soon enough. Motorola says it's still conducting testing in preparation for a broader deployment.

Meanwhile, owners of the Moto X 2014 are grumbling about issues they're experiencing since they upgraded to Lollipop from 4.4.4 KitKat and earlier. The Motorola owners forum thread for Lollipop related discussion is rife with complaints and is seeing a crescendo of comments wondering aloud when Motorola will finally release Lollipop 5.1 and why in fact it's taking so long to release what is essentially a maintenance update to 5.0. Not everyone is reporting issues; some have reported smooth sailing with 5.0, but they seem not to be in the majority.

Oddly, the official Moto X (2nd Gen) updates page on Motorola's site does not reflect the fact that 5.1 has not yet been fully released – that has resulted in deeper suspicion and further speculation by the community. The page gives instructions for updating to 5.1, and lists a changelog for 5.1, but following these instructions would bear no fruit for users who haven't been included in Motorola's 5.1 soak tests, and the company conspicuously doesn't note that caveat.