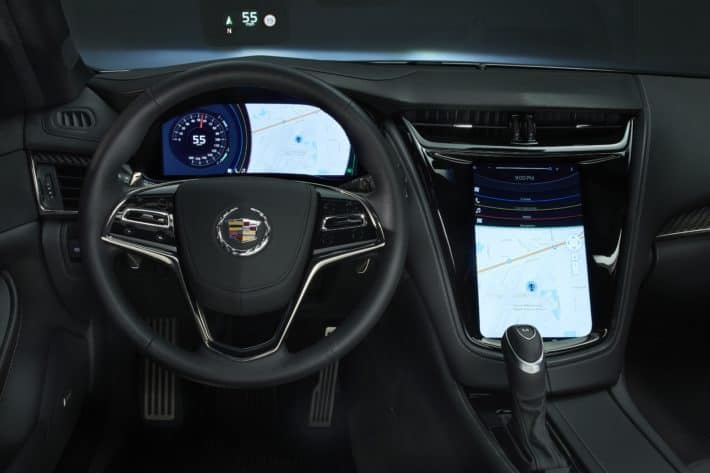 Infotainment systems have become quite intriguing to us here at Android Headlines. Especially with the announcement of Android Auto last year at Google I/O. We've had Android Auto for a few months, primarily just from aftermarket head units though, from Pioneer. As others have not made theirs available yet.

Today, Mitsubishi Electric announced a new infotainment system called the FLEXConnect.IVI which is built entirely on Android. The new FLEXConnect.IVI system has a 12.1-inch portrait display – sort of reminds me of the Tesla Model S' infotainment system myself. The center touchscreen has shared navigation, media and climate functionality with the instrument panel and heads-up display. Mitsubishi Electric says that this touchscreen is easy to access and makes it easy for users to operate with minimal distraction. Always a good thing when you're driving. There's already enough distractions in the car. Mitsubishi has done something interesting here. Basically taken multi-window to your car, you can have three apps open at the same time, thanks to their full-screen, half-screen and one-third screen display. So the driver can access just the navigation, navigation and media player, or navigation, media player and climate controls.

Ready for some specs? Mitsubishi has gone with Texas Instruments Jacinto 6-based automotive processor Android IVI platform for driving three displays simultaneously. It's also using a 12.1-inch 1280×800 resolution center panel touch screen. The instrument cluster is a 12.3-inch 1920×720 resolution display with the heads up display being a 480×240. Not bad resolutions there, especially for the center console which is 720p resolution.

So far there's no word on when Mitsubishi Electric expects this to be available and what cars it will be available in. We should know more in a few months though. It seems to be pretty early, so things might change. And as usual with the car industry, we likely won't see this in a new car for a few years. The automotive industry is just that slow sometimes, with technology. I mean look at how long it's taking to get Android Auto into the car without an aftermarket head unit from Pioneer, JVC Kenwood and others.