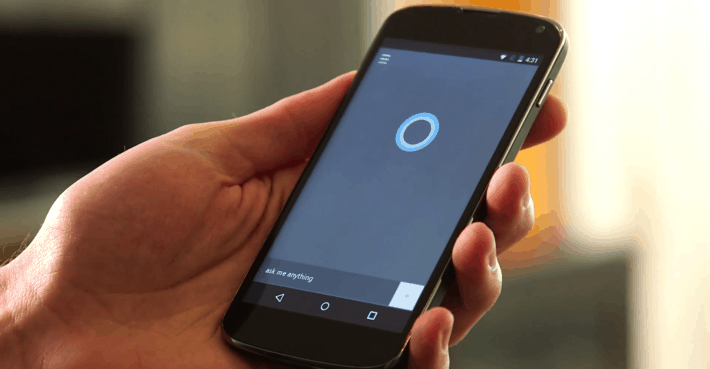 Ever since Microsoft appointed Satya Nadella as their new CEO back in February 2014, we've seen Microsoft rapidly shift to a company very much invested in supporting all platforms with their services, not just Windows and Windows Phone. We've seen more Android apps launch than ever before and Microsoft Office, one of the company's most popular products is finally available on both Android and iOS. Another popular product of theirs has been Cortana, the Siri competitor that extracts information from everyday, natural language to keep you on top of your game. It's essentially a mix between Google Now and Siri, but in a lot of head-to-head tests it bests Apple's Siri, and gives Google Now a run for its money. A valuable asset for Microsoft to have, they're now bringing it to Android and iOS, and in their latest video, Microsoft have officially confirmed as much.

Windows 10 is launching later this year, and Microsoft is getting everything setup for those that will be launching a computer or tablet with the new operating system in a series of videos on YouTube. One of the videos, entitled "Phone Companion App for Windows 10" goes through Windows 10's ability to sync your Microsoft data – such as Skype, OneNote, OneDrive and Office – to whichever smartphone you have, be it Windows Phone, iOS or an Android device like the Galaxy S6. A lot of the video is focused on the program for Windows 10 itself, but there's a brief explanation on just how Cortana will work on Android. It'll be launched as an app, and you can talk to it just as you would on a Windows 10 computer. The Phone Companion app will then sync all of your tasks and such together, keeping Cortana's hard work all neat and organized.

With Google Now already on Android, it seems a little strange to bring Cortana to Android, but Microsoft have chosen the right path to do this. There are many of us that use Windows with a laptop or PC and many of Microsoft's services are popular with Android users, as such, using Cortana as a way to keep the two worlds linked sounds like a good idea. Windows 10 will be launching this Summer, and presumably so too, will Cortana on Android.