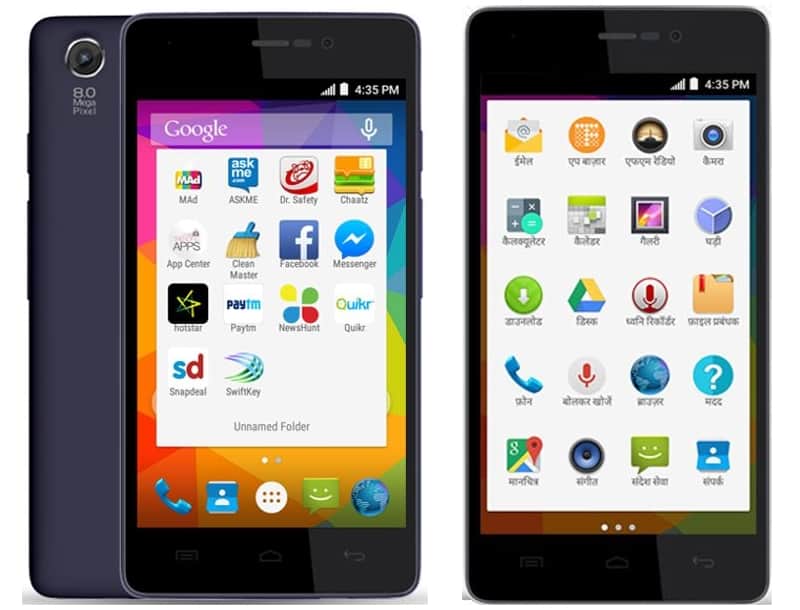 Micromax Mobile has been fighting a pitched battle against Samsung Electronics in the Indian smartphone market for a few years now. With the entry of newer opponents over the last couple of years, that battle has only intensified and consumers are reaping the rewards of an all-out war for supremacy in the Indian smartphone industry. With most Indian OEMs increasingly unable to compete against leading Chinese manufacturers like Xiaomi and Lenovo on price, they have started to try and differentiate on content. It was with that in mind, that Micromax launched the Unite series last year, with support for multiple Indian languages. Since then, they have added a second installment to their line up late last year. Now there are reports that the third installment in their Unite series of smartphones has been listed to be sold on an e-commerce site, although the phone hasn't been launched officially by Micromax as yet.

The phone has been dubbed the Micromax Unite 3 Q372 and its biggest USP is its support for multiple languages. The phone comes with Android 5.0 Lollipop out of the box and features a 4.7-inch WVGA (800 x 480) display, making it the largest smartphone in the Unite series. The phone runs on a 1.3 GHz SoC from MediaTek with a quad-core CPU and comes with 1 GB RAM and 8 GB built-in storage, with a microSD card slot. On the back, there's an 8-megapixel camera with LED flash and in the front, there's a 2-megapixel camera for selfies and video chats. The phone comes with dual SIM support, 3G HSPA+ connectivity and has a 2000 mAh battery. It will be available in blue and white, and is listed at Rs. 6569 ($105).

With OEMs like Lenovo and Xiaomi getting increasingly aggressive in India, Micromax's task isn't getting any easier. Recent reports showed that they have lost a great deal of market share not only to Samsung, but also to newer brands that have started flooding the Indian market with more lucrative options than what Micromax and other domestic brands were offering thus far. It remains to be seen how much traction Micromax can generate from their new strategy, but it will certainly make their competitors sit up and take note.