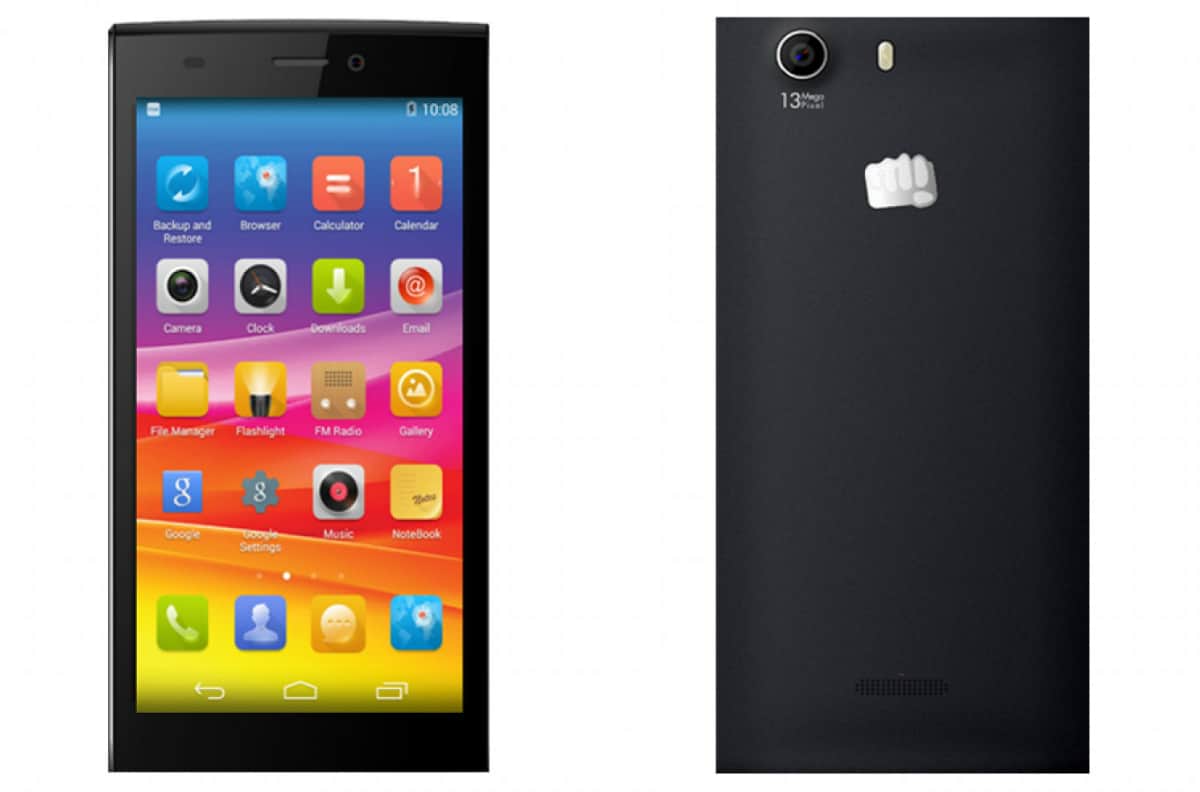 Micromax is one of the biggest phone manufacturers in India, with over sixty smartphones from which possible customers can choose from, this kind of variety is what gives companies an advantage over their competition in emerging markets like India. By providing more options, customers don't have to resort to other companies to look for their ideal smartphone, Micromax has focused on offering a lot of devices, ranging from low to high-end. Today, one of Micromax's best phones to date has become available for purchase through Infibeam, an online retailer based in India; the Micromax Canvas Nitro 2 (E311). The latest installment to the Canvas Nitro series, was launched back in December, and since then it has gained a lot of popularity as it builds up on what its predecessor the Canvas Nitro (A311), was praised for.

The Micromax Canvas Nitro 2 includes an Octa-Core MediaTek MT6592 processor with a clock speed of 1.4GHz and 2GB of RAM, along with a Mali 450 GPU. Micromax decided to give the Canvas Nitro 2 a 5-inch LCD IPS display with a resolution of 1280 x 720, and comes packed with 16GB of internal memory; expandable up to 32GB with a microSD card. So, you won't run out of space because of the photos taken with the Micromax Canvas Nitro 2's, 13-megapixel rear-facing camera and the 5-megapixel front facing one. In India, Dual SIM capabilities are often indispensable, as most customers have multiple SIM cards, so Micromax added this feature. All of the previously mentioned specs, are powered by a 2,400 mAh battery which gives a pretty decent battery life. While the specs of the Micromax Canvas Nitro 2 aren't that impressive, the device itself functions as a great alternative to other similar smartphones, for just a fraction of their price.

Starting today, the Micromax canvas Nitro 2, will be sold through Infibeam for Rs. 12,249 which converts to $190. This is a great price for a device with such solid specs and a great design, especially when taking into consideration that Infibeam is currently offering the Micromax Canvas Nitro 2 with a discount of Rs. 1,850 when purchasing within six days from today. The discounted price ends up at Rs. 10,399 or $160.