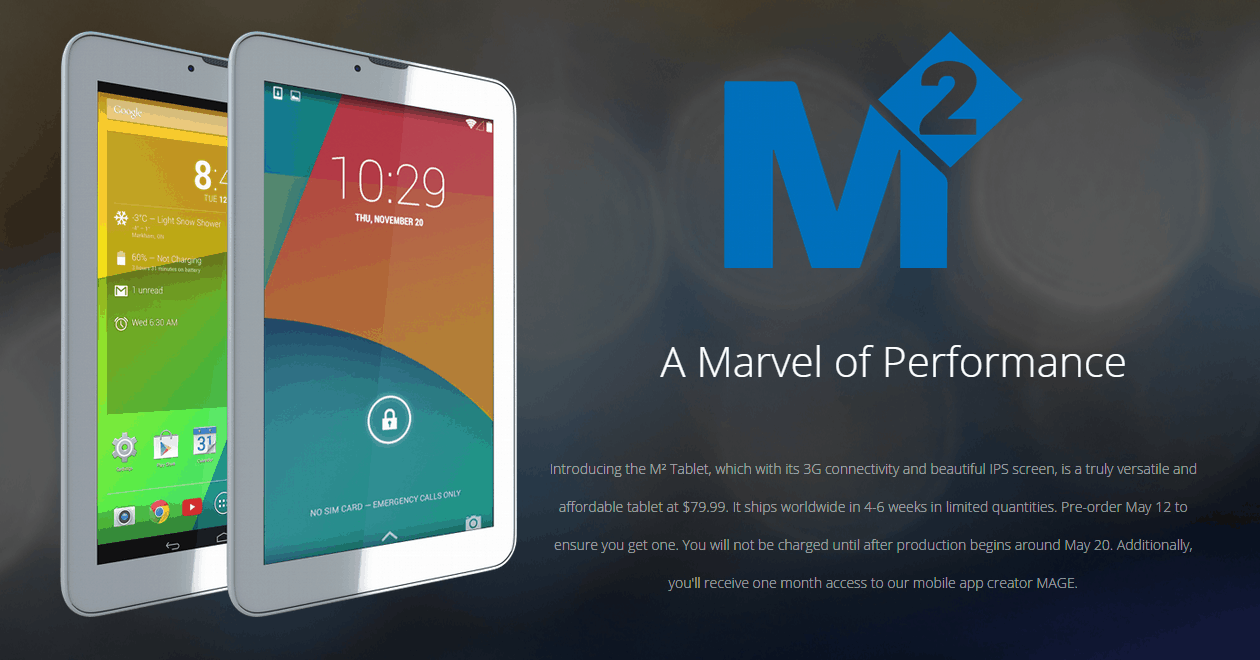 MasterMind is a relatively new company led by Andrew Bernstein, a 17-year old entrepreneur with a great vision; building and selling quality devices on a budget. One of the biggest issues in today's market, is the lack of entry-level devices that feel both functional and have a better than average build; MasterMind's upcoming M2 tablet is here to solve this issue. The M2, is a low-end slate with a premium build quality. Numerous features, like dual SIM and an IPS display, will make the M2 feel a whole lot more expensive than the low $79.99 it will actually retail for. MasterMind developed this new tablet in the hopes of setting a new high standard for other manufacturers' entry-level tablets and smartphones, and to let customers know that not all low-end devices are designed to feel like they aren't worth buying. Budget smartphones and tablets shouldn't be automatically related with low quality, as the device you are getting (doesn't matter the price range) must be worth every penny.

With the upcoming M2 tablet, buyers will always be certain that they are making the best out of their hard-earned money, as the device doesn't actually feel like a budget tablet. The MasterMind M2, separates itself from other affordable slates by offering relatively high specifications, without altering the price range. Included with the M2 tablet, comes a vivid and sharp IPS display panel with a 1028 x 600 resolution; which is noticeably higher than an average entry-level device's display. The M2 tablet also features a quad-core Mediatek 8382 SoC processor, running at 1.3GHz, and with 1GB of RAM; not a lot compared to the major manufacturers' flagship devices, but still, more than enough to handle standard daily usage. MasterMind also added a feature that is rare even for high-end tablets; a rear-facing 4.9MP camera with an LED flash and a front-facing 1.9MP camera. The M2 is capable of 3G connectivity with dual SIM card slots, so you'll always be connected while on the go; something that is worth mentioning from this upcoming slate, is the fact that you can send and receive text messages as well as phone calls, something not a lot renowned tablets can do.

Users can already pre-order the MasterMind M2 for as low as $79.99, directly from the company's website. But pre-orders are only available today, as instead of opting for an invite system like the OnePlus One, MasterMind decided to allow everyone to pre-order an M2 slate, for a limited time; customers that do pre-order, however, won't be charged until May 20th. The upcoming MasterMind M2 tablet, is a great alternative for users that don't want to sacrifice a great user experience over price; as the M2 offers the best of both worlds, a relatively good performance for an incredibly low price.