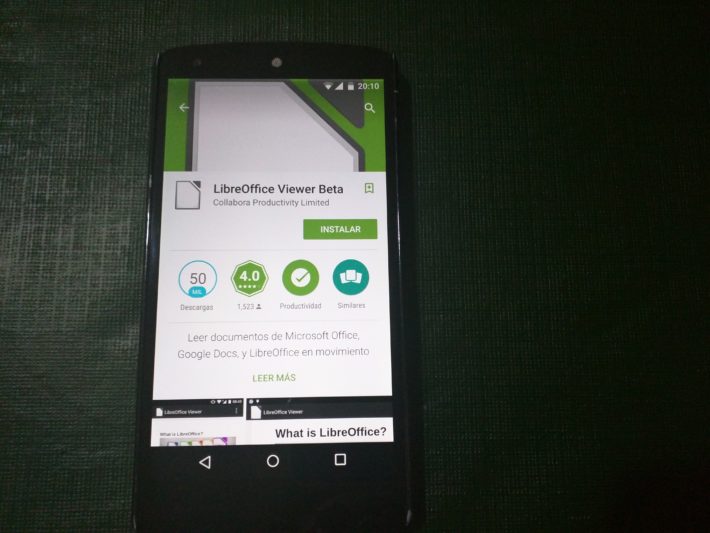 Android is one of the most useful mobile operating systems for productivity, with numerous newcomers to the Android ecosystem seeking for a simple way to view and edit all of their incoming documents from work. Currently, there are a lot of applications that provide the necessary features to do just that, but as the demand for better tools to read and write documents, new applications have made their way to Android from other platforms. Today, the Document Foundation, has brought LibreOffice to the internet giant's operating system. The popular open source software was first released back in 2010, and ever since then, it has provided users with a free alternative to Microsoft's Office. The newly released LibreOffice application will try to innovate in an area saturated with other popular applications that at their core, do the same thing; let users view and edit documents.

The Document Foundation has just released LibreOffice for Android users, the self-proclaimed best free office suite for desktop will now allow users to edit documents anywhere in the world without having to pull out their laptops or sit in front of their desktop computers. The new native Android application is capable of opening and viewing ODF documents, which is the default format for LibreOffice. Currently LibreOffice for Android only offers very limited editing functionality, like the ability to modify words in already existing paragraphs and formatting said words to be either bold or italic; In fact LibreOffice's limited editing functionality is still so underdeveloped, that it has to be enabled separately, as it is still severely unstable. The Document Foundation stated that this feature will be better implemented and completely stable in future releases. As for now though, the team behind the app, advises users to not rely on it for critical tasks.

The LibreOffice Android app is being developed by an ever-growing developer community, which promises to be fully committed on bringing a more than capable Office suite to the Android ecosystem. The Document Foundation encourages users to give feedback and to report bugs found on the application so that they can work over them and improve the overall stability of LibreOffice for Android. Those interested can download the app by clicking on the soure link below.